Winner announced for the BBFC Create The Card competition

Today, the British Board of Film Classification (BBFC), in collaboration with Universal Pictures, has announced the winner of their Create The Card competition. The competition involved a nationwide search for a talented young individual to design the official BBFC Black Card for the upcoming summer blockbuster, Jurassic World Dominion.

In just under two months, a staggering 1,100 entries were submitted by pupils aged 12-16 across England, Scotland, Wales, and Northern Ireland. After extensive deliberation by a judging panel, Bryce Dallas Howard selected Aaron Larway as the winner, unveiling the news in an exclusive video with Chris Pratt, stating: “There were so many stunning submissions to choose from, but one design stood out from the rest,” before adding: “congratulations on being a part of cinematic history. Thank you for your vision, creativity, and to everyone who submitted their designs.”

The jury comprised panellists from Universal Pictures and the BBFC, including executives David Austin OBE (Chief Executive, BBFC) and Patrick Swaffer (President, BBFC). Entries were assessed on their originality, creativity, and relevance to the Jurassic World franchise.

The winning design is a visual masterpiece that encapsulates the essence of the Jurassic World universe. It is an expressive creation by Aaron who used an innovative brush-stroke technique to produce this memorable composition. This unique re-imagining of the iconic BBFC  Black Card will be seen by audiences nationwide when it’s projected on the big screen before every cinema showing of Jurassic World Dominion in the UK, opening in cinemas from 10 June.

Aaron will be granted the once-in-a-lifetime experience of attending a private preview screening of the film ahead of release with friends and family in London. He will also receive a framed copy of the BBFC Black Card, and an abundance of film merchandise to mark the epic conclusion of the Jurassic era. Ten runners-up will also be awarded a goody bag as a prize.

Aaron Larway, from The Wirral, said: “My love of both the prehistoric era and Jurassic World franchise was the main source of inspiration behind my Black Card design, as I watched all of the Jurassic Park movies when I was younger. I've always wanted a reason to paint a dinosaur and this competition gave me a reason to do so, which has been so fun. The style I painted in was drawn from the work of Paul Signac who I have been studying for my art project and who I really like. I chose his style as it felt the most expressive to me and I could adapt it to my own preference of colours without compromising his technique and aesthetic."

Sarah Peacock, BBFC Compliance and Education Manager, said: “The Create The Card competition is a key element of our education and outreach activity, engaging schools and young people in the wider work of the BBFC. We have been so impressed by the range and quality of entries with submissions from all over the UK. I’d like to extend a huge congratulations to our brilliant winner and ten runners-up, and I very much look forward to announcing our next Create The Card competition in the coming months.”

Rob Huber, Managing Director (UK & Ireland), Universal Pictures International UK, said: “We are thrilled to have partnered with the BBFC on the Create The Card competition this year. The BBFC Black Card marks the excitement of a film starting and represents an integral part of the UK cinema experience. It is fantastic that one of our major summer film releases will have the special accolade of a unique BBFC Black Card. We are delighted to announce the winner and look forward to sharing Aaron’s entry with cinema-goers across the country, ahead of every UK screening of Jurassic World Dominion.”

The Create The Card competition forms part of the BBFC Education team’s year-round outreach programme. The team curates and delivers a series of virtual seminars to give young people and educators further insight into our age ratings and ratings information. Alongside this, they produce a wealth of educational and parent-focused resources, including free classroom handouts and posters, as well as downloadable PSHE Association accredited resources. 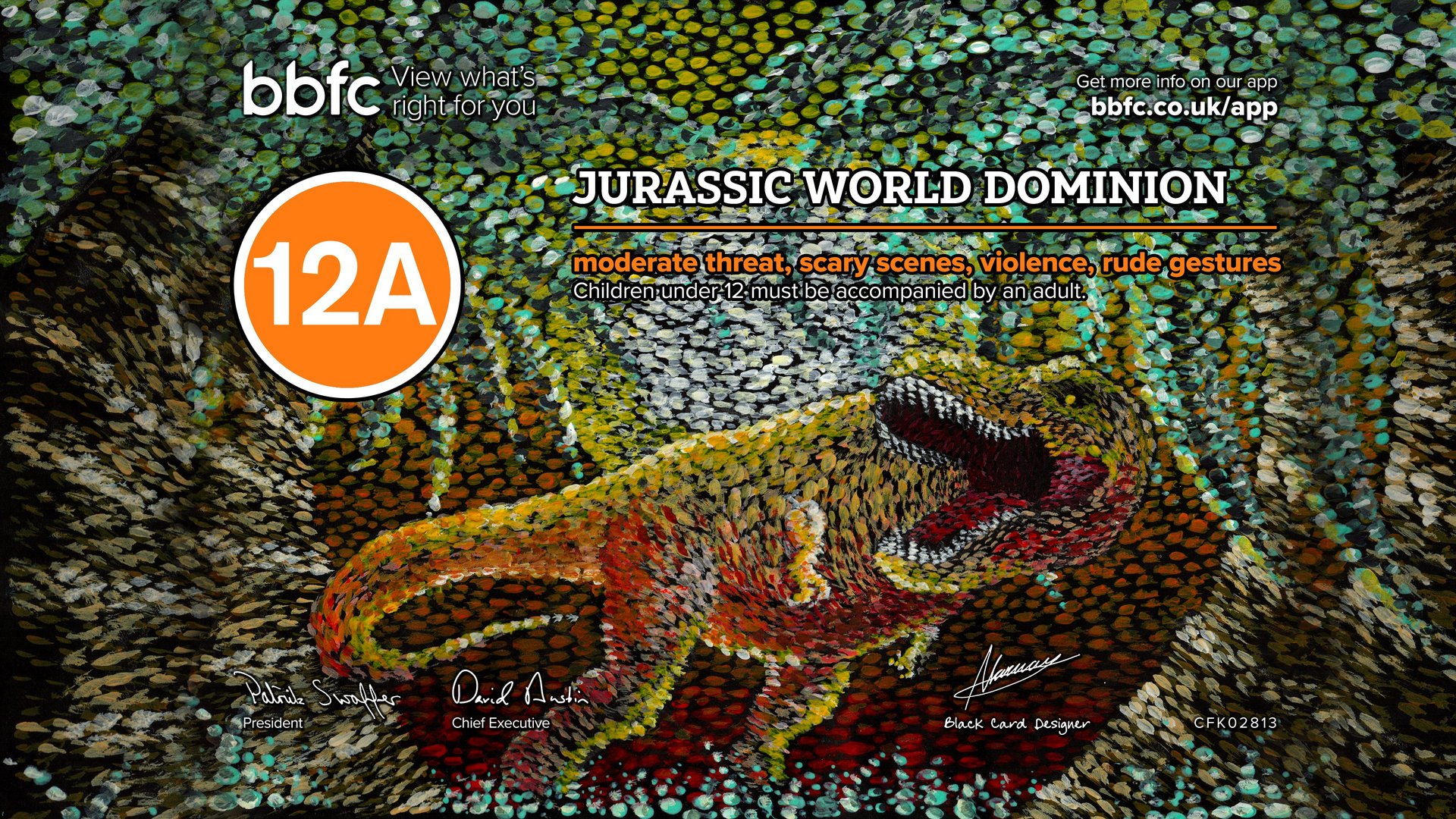 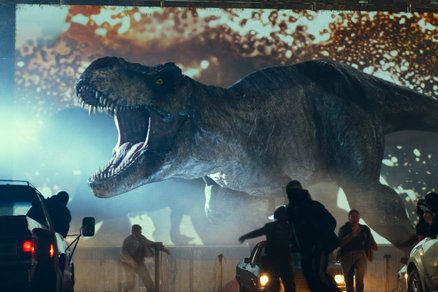 In collaboration with Universal Pictures, we are calling for 12-16 year olds to design the official BBFC Black Card for the upcoming summer blockbuster, Jurassic World Dominion. 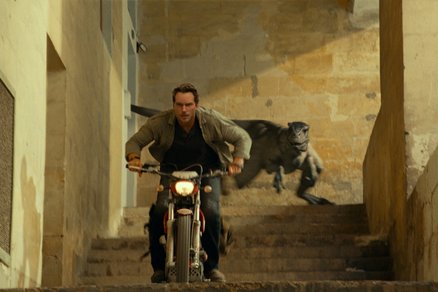 Thinking of entering our Create The Card Competition? To help you get your creative juices flowing, take a look at the trailer for Jurassic World Dominion and have a go at rating it. 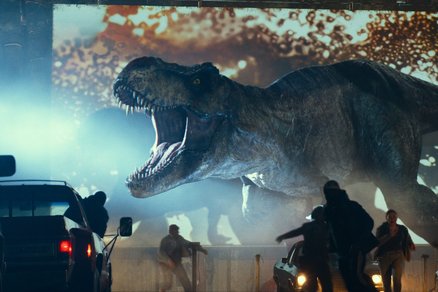