What you need to know about Thor: Love And Thunder

Marvel fans have recently visited the Multiverse Of Madness. Now, the God of Thunder is back for his first live-action Phase 4 appearance and his fourth solo film. As Thor wields his Stormbreaker weapon, will the God of Thunder embrace the duality of his nature in this next film, Thor: Love And Thunder?

Whilst fans will be used to seeing Thor fighting with his trusted Mjölnir, this cosmic film delivers high impact scenes and bloody detail, which whilst fantastical, may exceed your expectations of Marvel.

So, ahead of the film’s big-screen debut, we’ve put together a helpful guide for you to discover more about the age rating and ratings info, before heading off to the cinema with your teens. 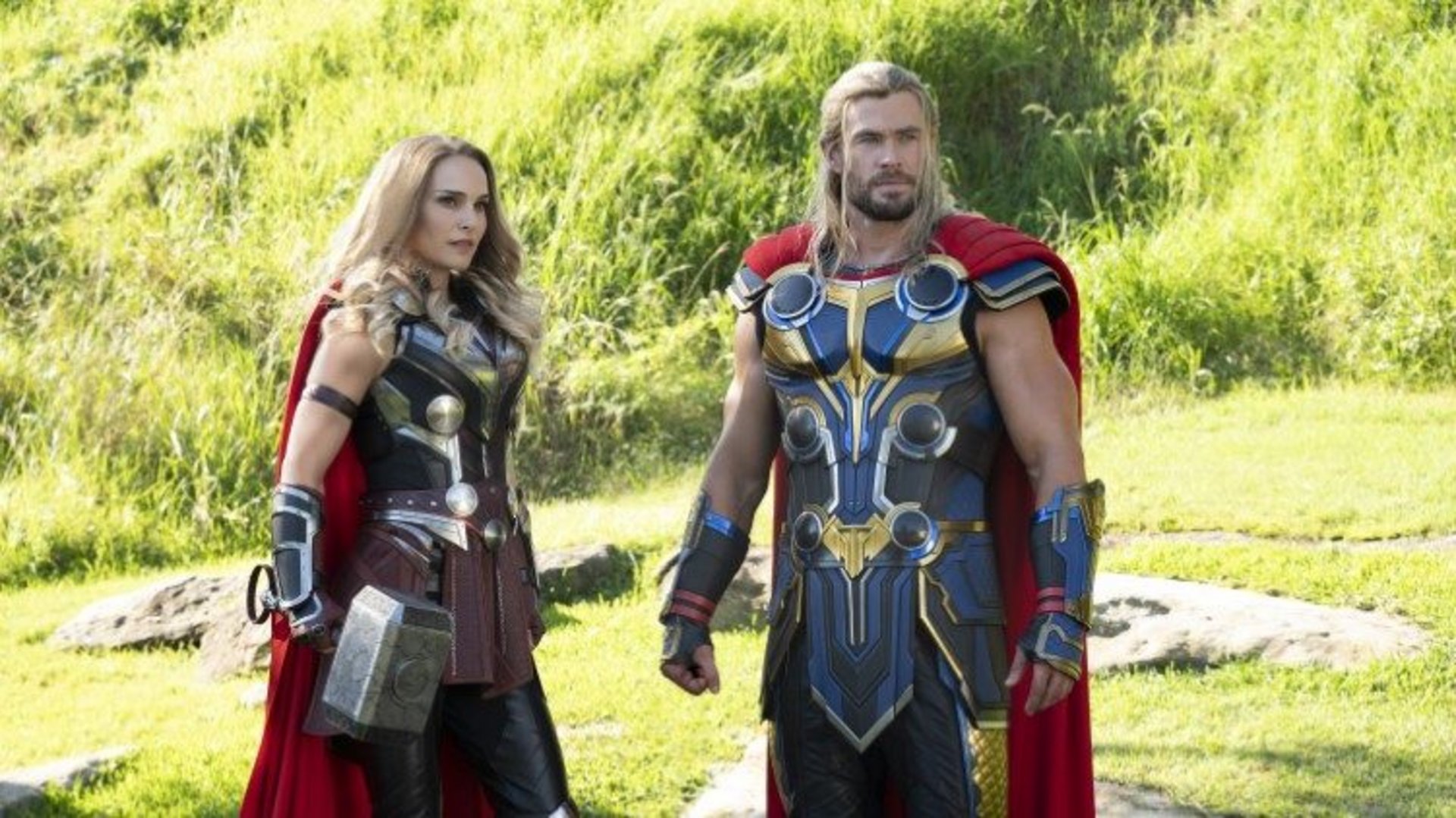 Thor: Love And Thunder is a fantasy adventure in which a hero seeks to unite the gods against a sinister enemy.

There are scenes of fantastical bloodshed, including jets of golden blood in a sword fight between gods. Fantastical creatures are sloppily dismembered. A villain pulls the head off a monster, and throws it at children. A hero is shown to be missing an eye.

In sequences of moderate horror, children are snatched from their beds at night by monsters and held captive by a sinister villain who threatens to chop off their heads. There are occasional jump scares. This horror is punctuated by comedy and ends reassuringly.

There are prolonged fantastical fight sequences. A man stabs a god's neck. Warriors do battle with swords, axes and hand-to-hand combat. A group of gods are seen to have been lynched.

There is mild bad language such as 'piss', 'crap', 'asshole', 'fricking', 'hell', 'damn', 'shit', 'God' and 'jerk'. A character's terminal cancer is a theme of the film; there are associated upsetting scenes.

Why is Thor: Love And Thunder classified 12A?

Thor: Love and Thunder follows Thor (Chris Hemsworth) on a journey of self-discovery after the harrowing events of Avengers: Endgame, but his retirement is interrupted by a galactic killer called Gorr the God Butcher (Christian Bale) and the surprise return of his ex-girlfriend Jane Foster (Natalie Portman). Director Taika Waititi revealed that he didn’t want to repeat himself, as he returned to Marvel’s mightiest hero. He said: “I needed to do something more interesting for myself to keep the whole thing ignited and to make sure that I’m feeling creatively stimulated. I thought, what's the least expected thing with this franchise?”

Our guidelines on violence at 12A state: “There may be moderate violence but it should not dwell on detail. There should be no emphasis on injuries or blood, but occasional gory moments may be permitted if justified by the context.” Similarly, for threat and horror: “there may be moderate physical and psychological threat and horror sequences. Although some scenes may be disturbing, the overall tone should not be. Horror sequences should not be frequent or sustained.”

In Thor: Love and Thunder, there are regular battle scenes which sometimes feature fantastical bloodshed: Olympian warriors spurt jets of gold blood when they’re slashed with swords; and an army of children cut monsters to pieces. But crucially, these scenes never feature realistic injury, or any emphasis on pain and suffering. They are also lightened by the unfailingly good-natured comic silliness that gives the film its tone, and which never lets up for long. 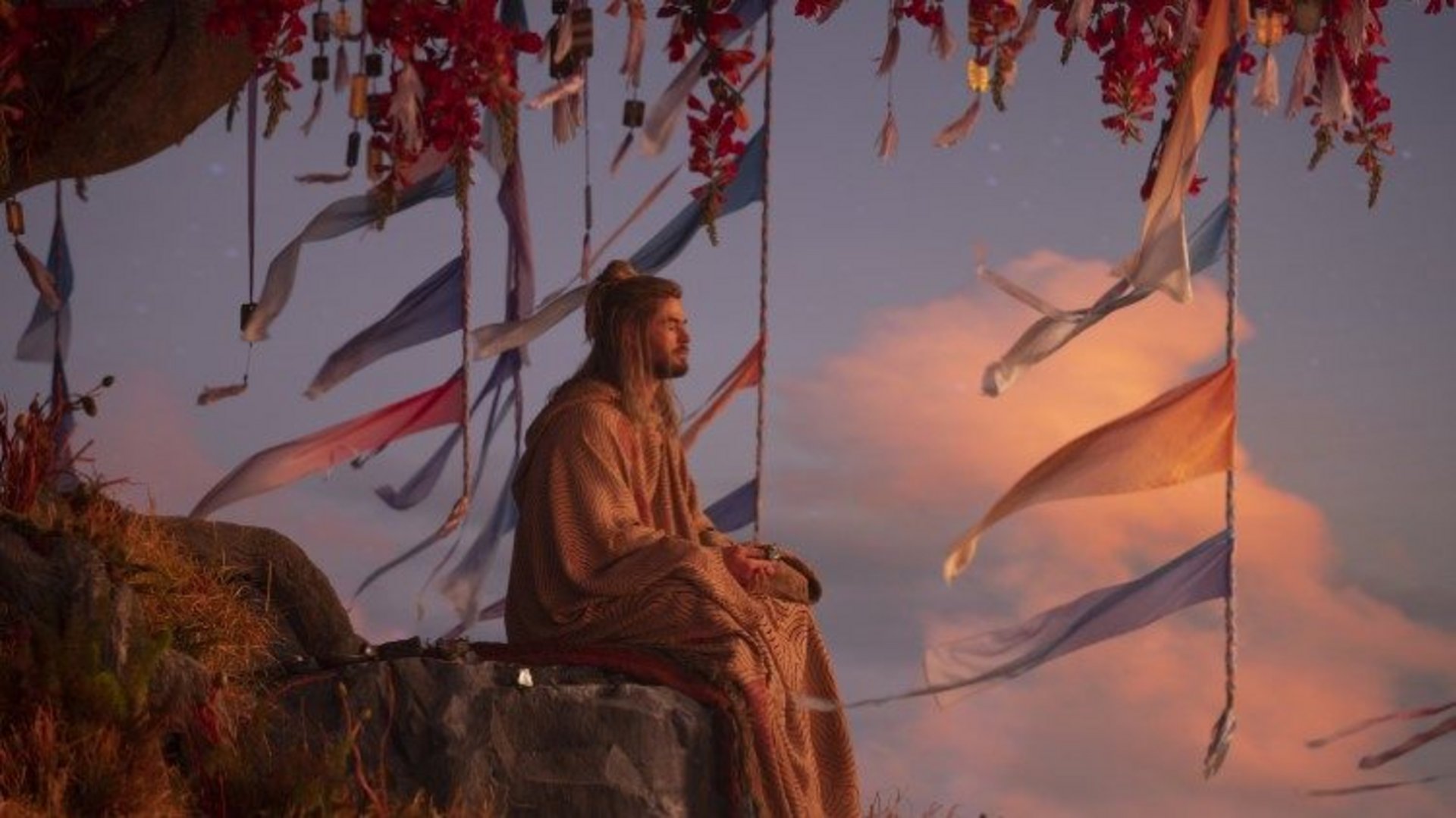 What does our research say?

We classify content in line with our published Classification Guidelines, which are the result of wide-scale consultations with thousands of people from across the UK, extensive research, and more than 100 years of experience. They are updated every four to five years to ensure that our standards continue to reflect the expectations and values of people across the country. We also work closely with experts in particular fields, including child psychologists, education professionals, charities, and other organisations to inform our approach.

Our most recent guidelines consultation in 2019 showed that people, including parents and teenagers, are most concerned with depictions of threat and violence that occurs in relatable real-world contexts and are more accepting of violence that occurs in fantasy action films, such as Marvel. Respondents said that violence in films such as Jason Bourne was less impactful on the whole, as the violence is firmly placed within the action fantasy genre with no real links to real life. Respondents also said that, in fantasy films similar to Thor: Love and Thunder, blood that is not overly realistic (for example, because it’s a different colour) further diminished a film’s impact and made it feel less violent.

The wider context in which content appears also has a significant bearing. We take account of audience expectations at 12A regarding genre. Well-known genre could play a role in helping manage expectations of a film, as the familiarity with the genre of the film could mean that the violence and level of violence was predicted and unsurprising. This was evident when respondents viewed film clips for Kong: Skull Island and Jurassic World. The sense of threat was reduced by knowing that the clips they were about to watch were ones of fantasy that bore little resemblance to the world we live in.

Contrary to this, at 12A, people told us that they feel a heightened sense of anxiety when it comes to depictions of 'real world' scenarios, in which audiences – especially young people – are likely to be concerned that events depicted on screen could happen to them. For example, depictions of terrorism, kidnappings, murder and discrimination. This type of threat is not present in Thor: Love And Thunder. 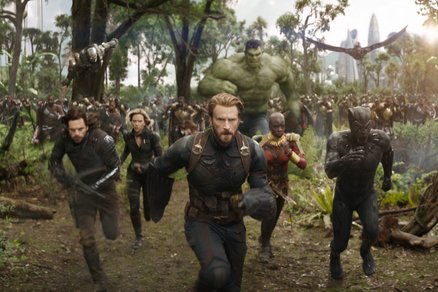