Looking for a Santa origin story for your little ones this December?

This list is full of U and PG rated films that all feature the man in the big red suit and his magical elves. We’ve also included all the ratings info you need, so you know exactly what’s in the film before you press play. 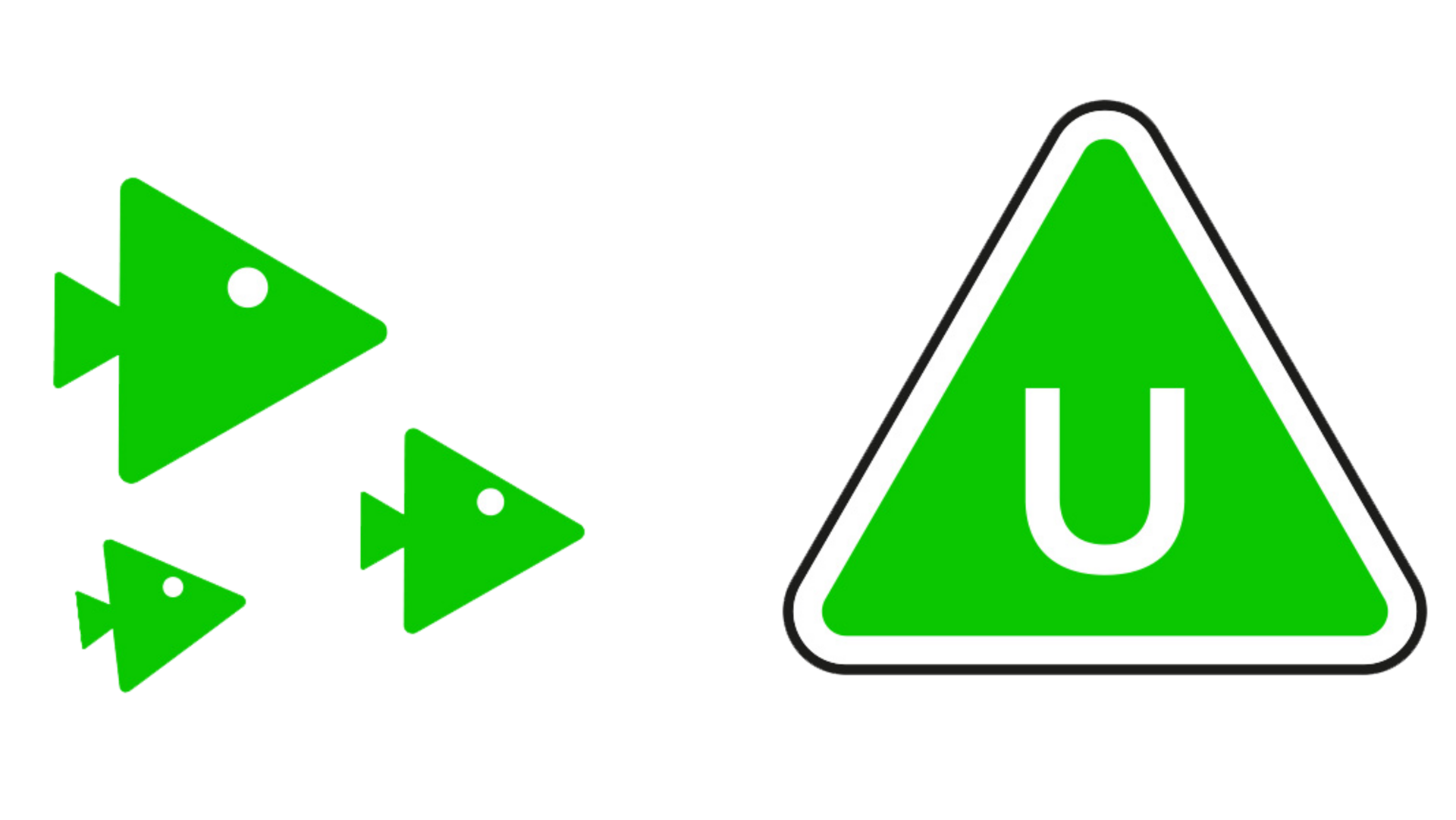 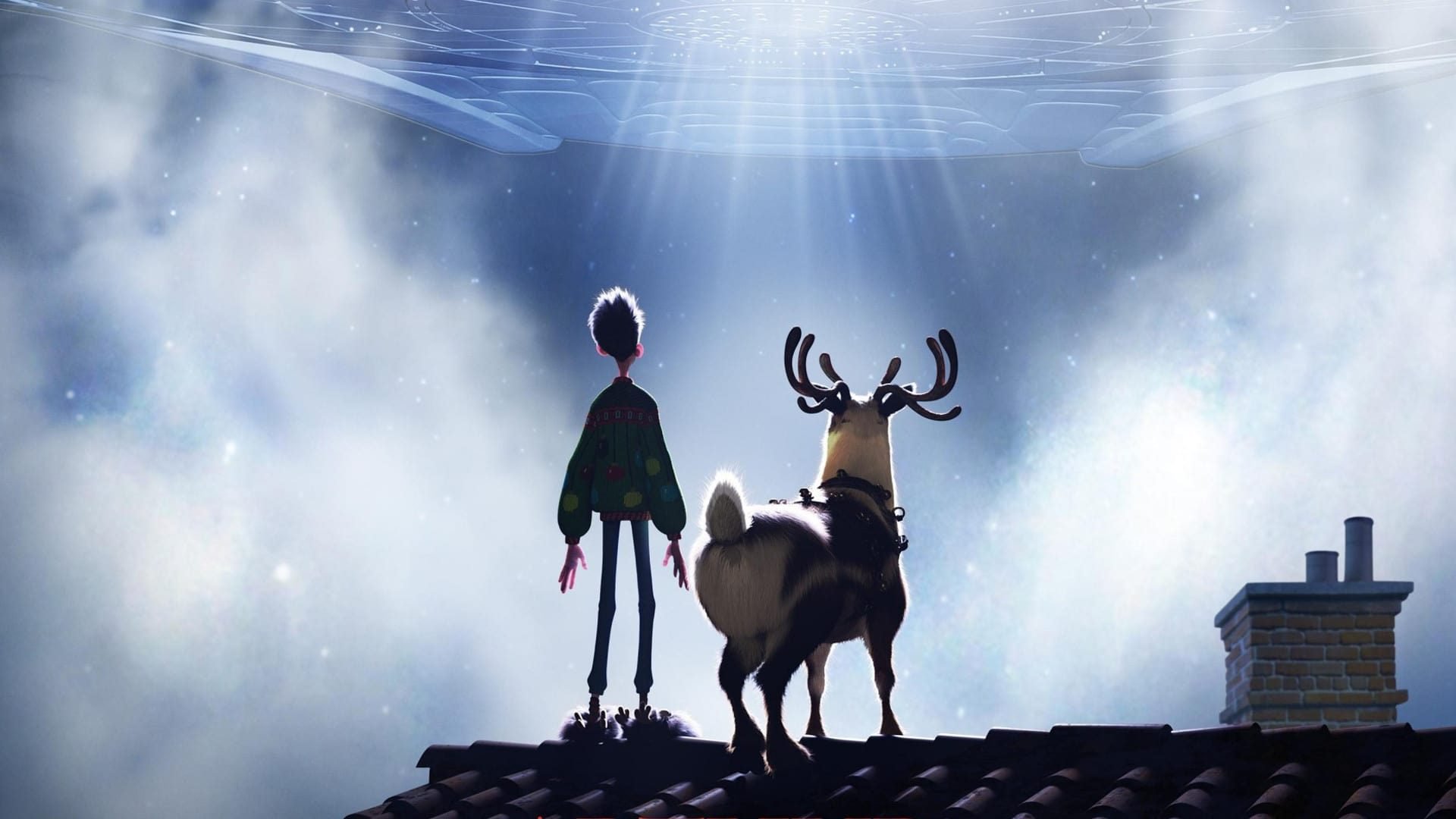 There are occasional uses of very mild terms such as 'hell' and 'ruddy'.

There is a sequence in which some lions chase after the film's hero and his friends. However, the sense of threat is broken up with comic elements and the scene is fun and exciting.

The Polar Express is an animated film, from 2004, in which a boy travels to the North Pole on a magical train. 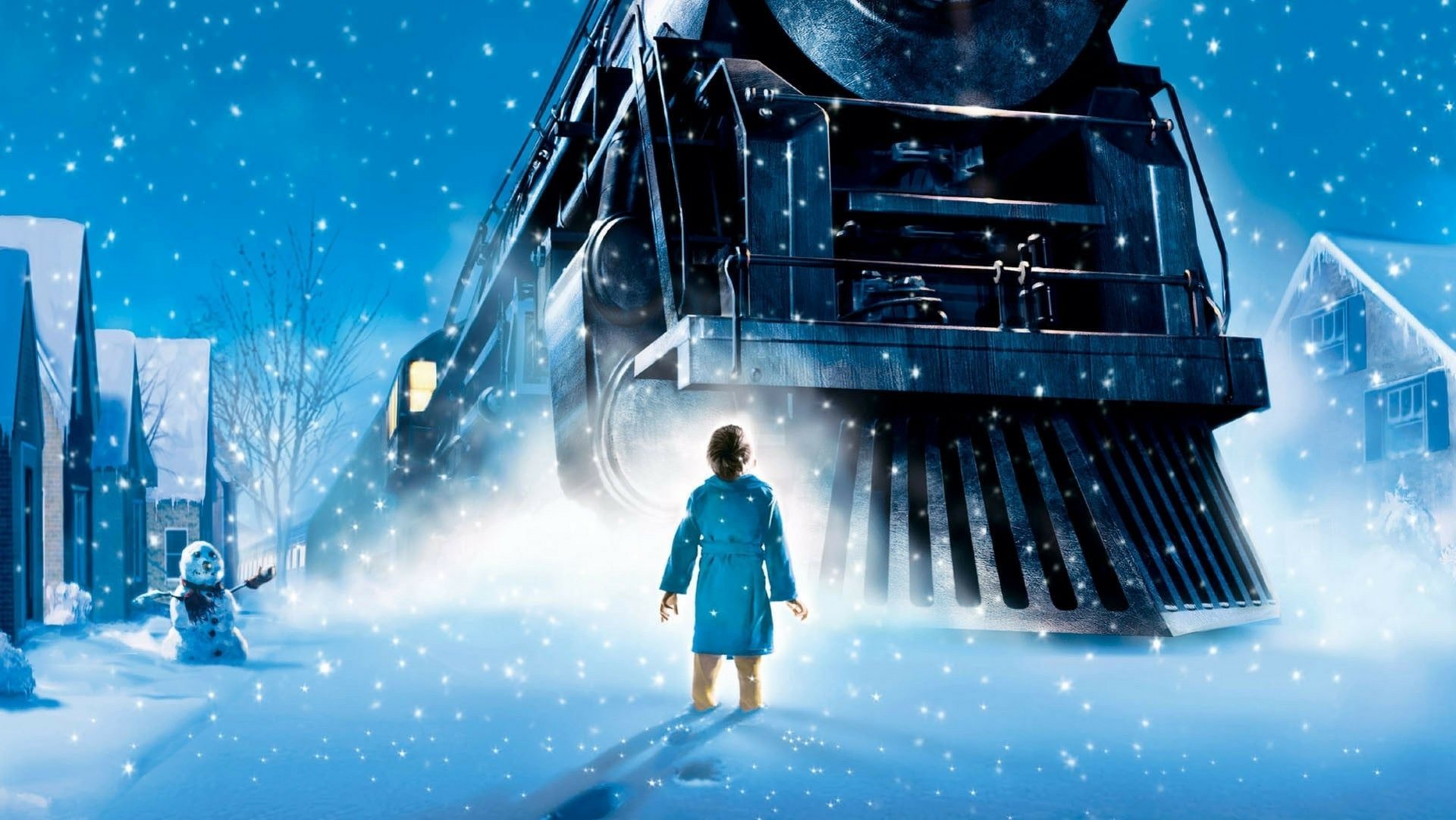 There are scenes of mild threat, including a person falling from the back of a train before they are caught, a train skidding about on breaking ice, and a puppet seeming to come to life and scare a boy. Scenes of threat are swiftly resolved.

There are sequences in which people walk on top of the roof of a moving train. However, the context within which this occurs is very fantastical and difficult to imitate with modern trains.

no material likely to offend or harm

The Snowman & The Snowman and the Snowdog is a double bill of two children's Christmas animations, from 1982 and 2012, based on stories by Raymond Briggs. 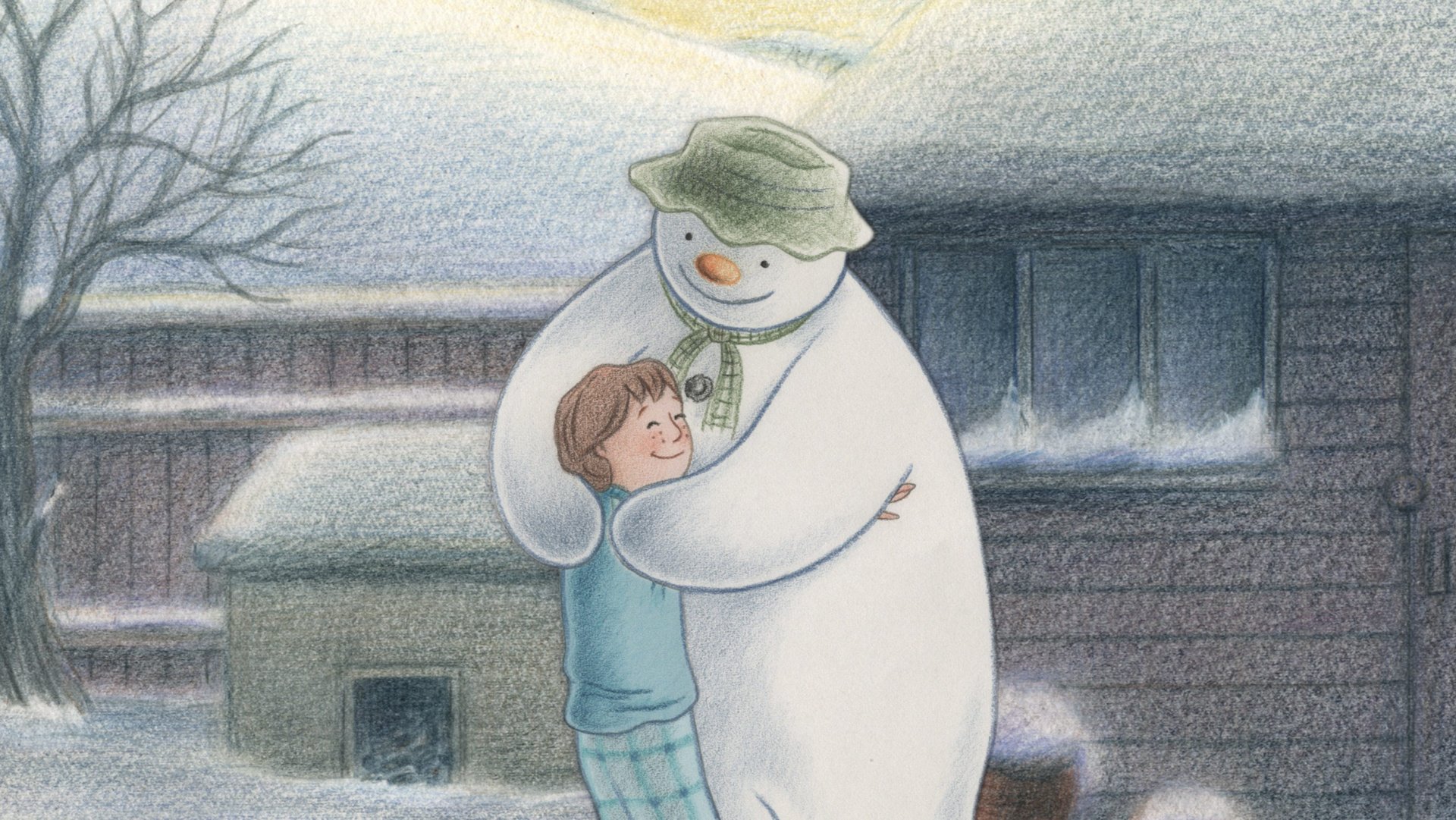 There are no issues likely to offend or harm.

The Grinch is a US animated comedy in which a grumpy creature plots to steal Christmas. 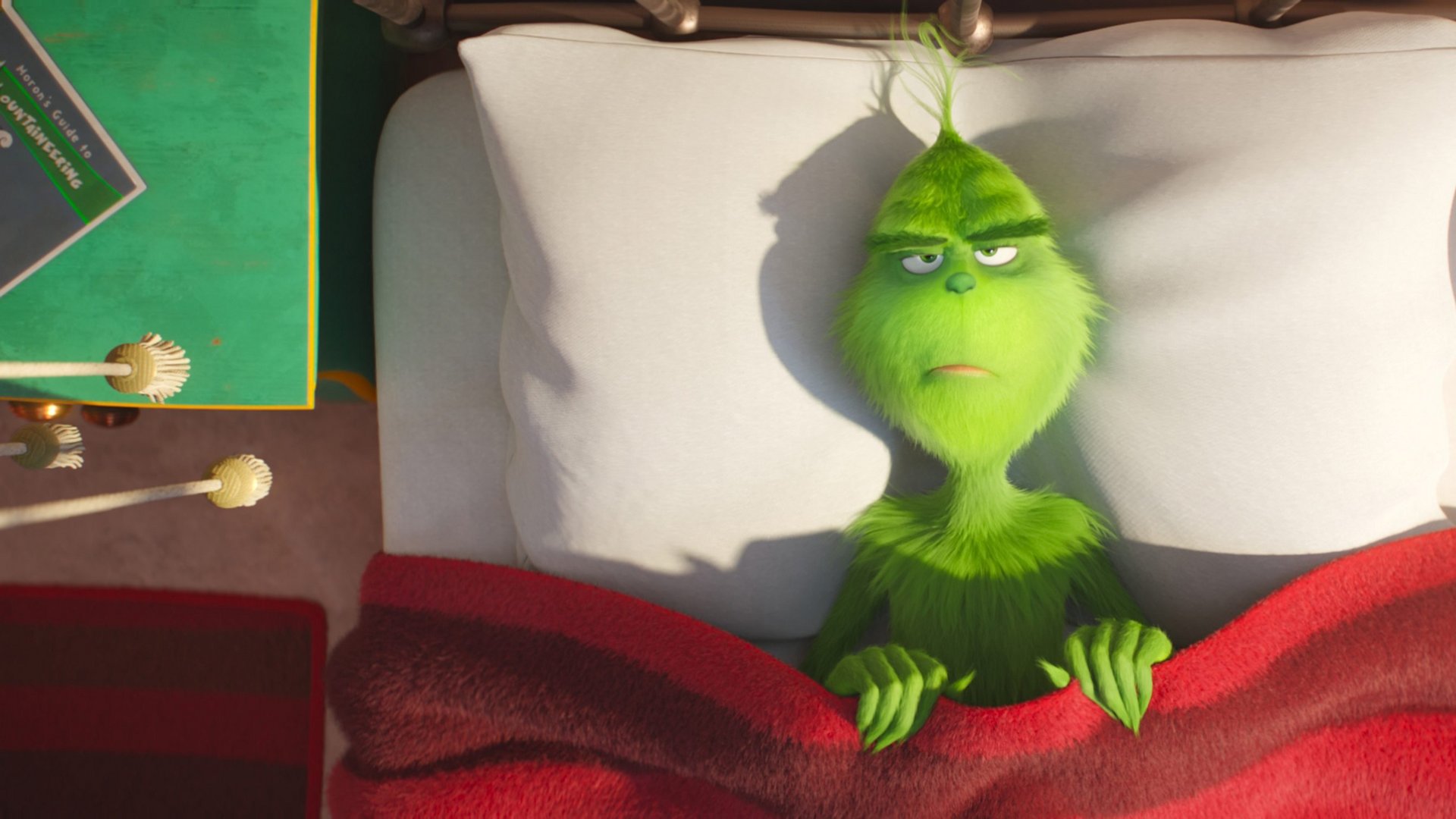 There are a number of comic slapstick incidents, as well as some brief and swiftly resolved moments of threat.

There is an implied drug reference when a man says, 'I don't know what's in this cake, but I think I just saw Santa Claus!'.

Santa Claus is a 1985 film in which the legend of Santa Claus is put in jeopardy when an unscrupulous toy manufacturer attempts to take over Christmas.

Saving Santa is an animated feature about an elf whose main job is clearing up after reindeer, but who rises to the challenge when Santa is kidnapped. 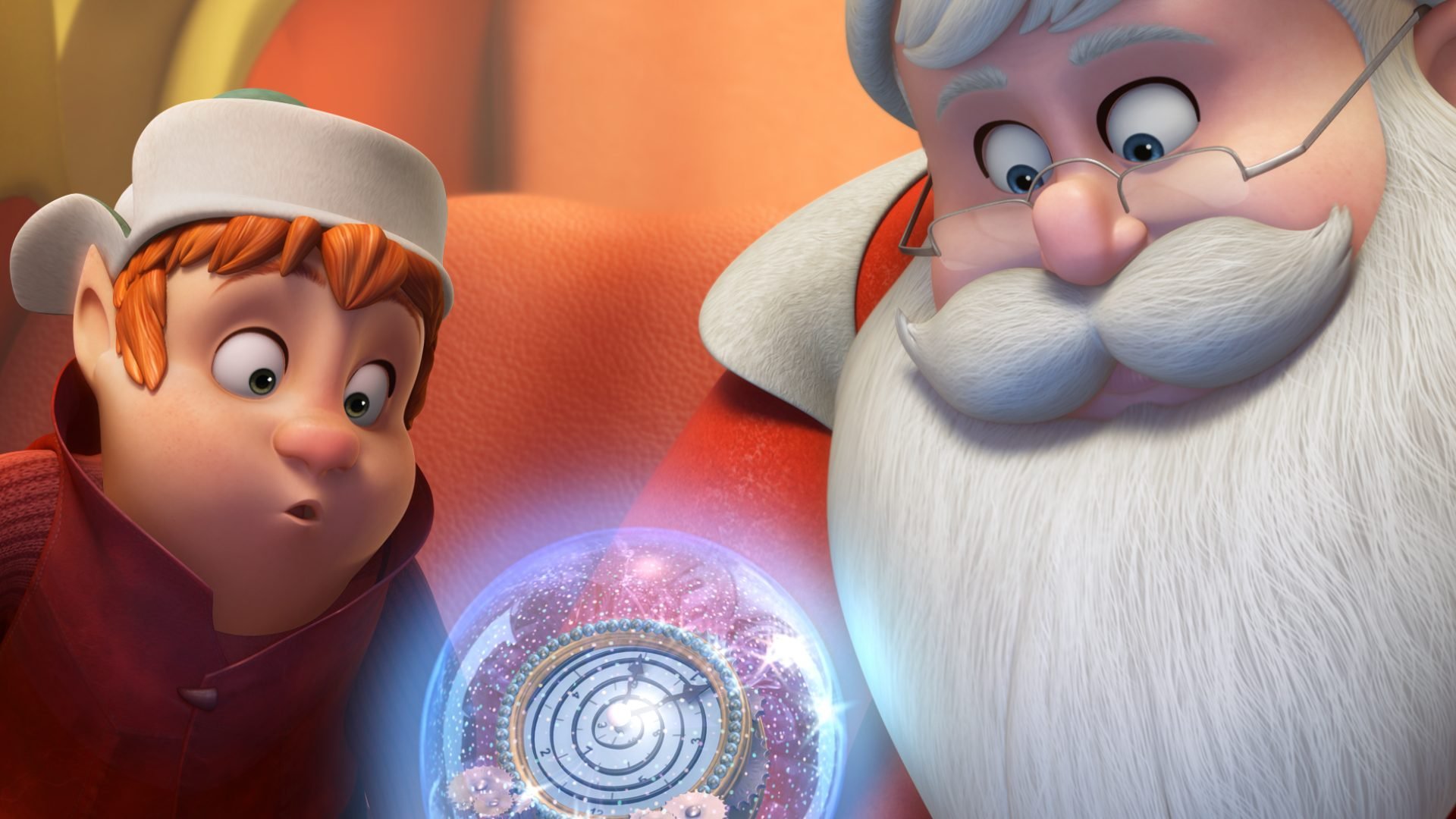 There are moments of mild threat when bad characters are menacing, but there are also jokes showing that they are not very scary really, such as when two henchmen show more interest in eating pancakes than looking for Santa. When Santa is kidnapped and interrogated, he remains calm and does not seem at all afraid.

There is infrequent use of terms such as 'blinking' and 'poo', and a character using comic expressions, such as, 'Oh, Jingle Bells!' At one point, when a reindeer lands on a character, he stammers, 'You're on my gingerbread basket!', but it's clearly a comic reference with no further explanation. 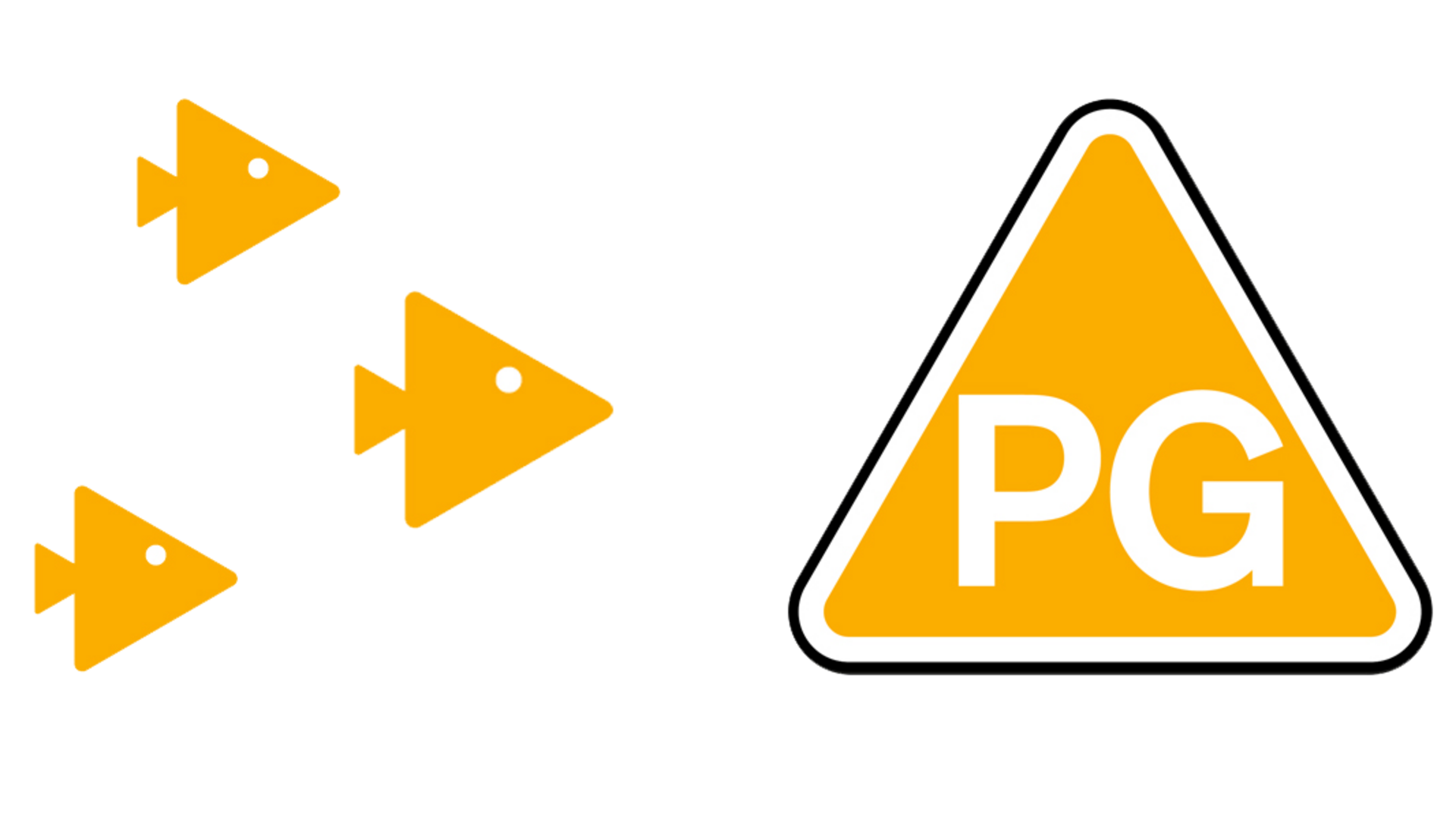 The Christmas Chronicles is a comedy adventure in which a pair of siblings have to help Santa Claus get his Christmas schedule back on track after they have caused his sleigh to crash. 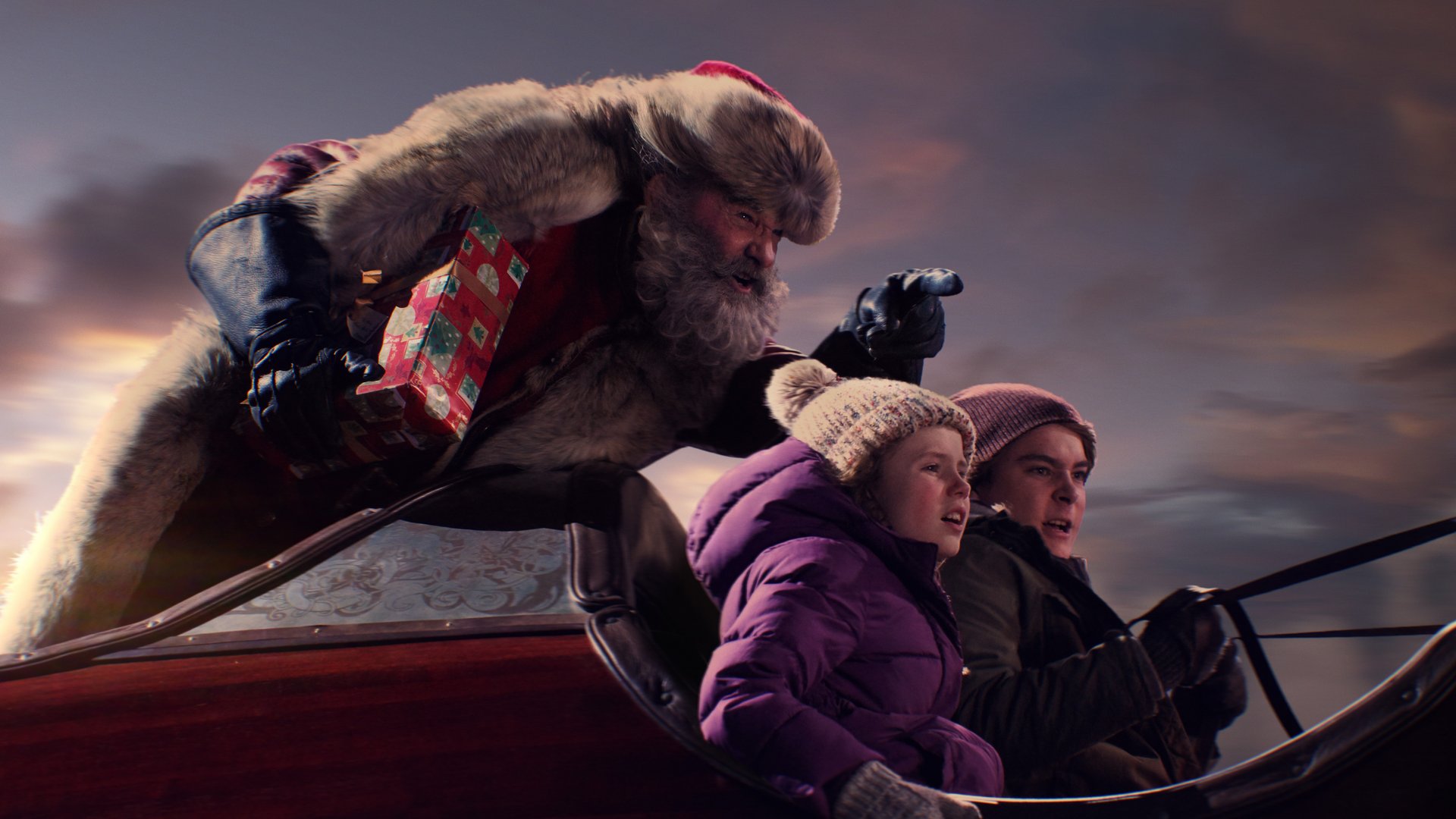 Mild violence includes elves throwing a bad guy through a window and into a dumpster.

Mild threat includes a young girl climbing up an electricity pole and a barman threatening Santa Claus with a baseball bat.

There is mild bad language ('crap').

How the Grinch Stole Christmas

The Grinch is an adaptation of Dr Seuss's 1957 book, 'How the Grinch Stole Christmas', in which a green hairy monster tries to spoil the festive season. 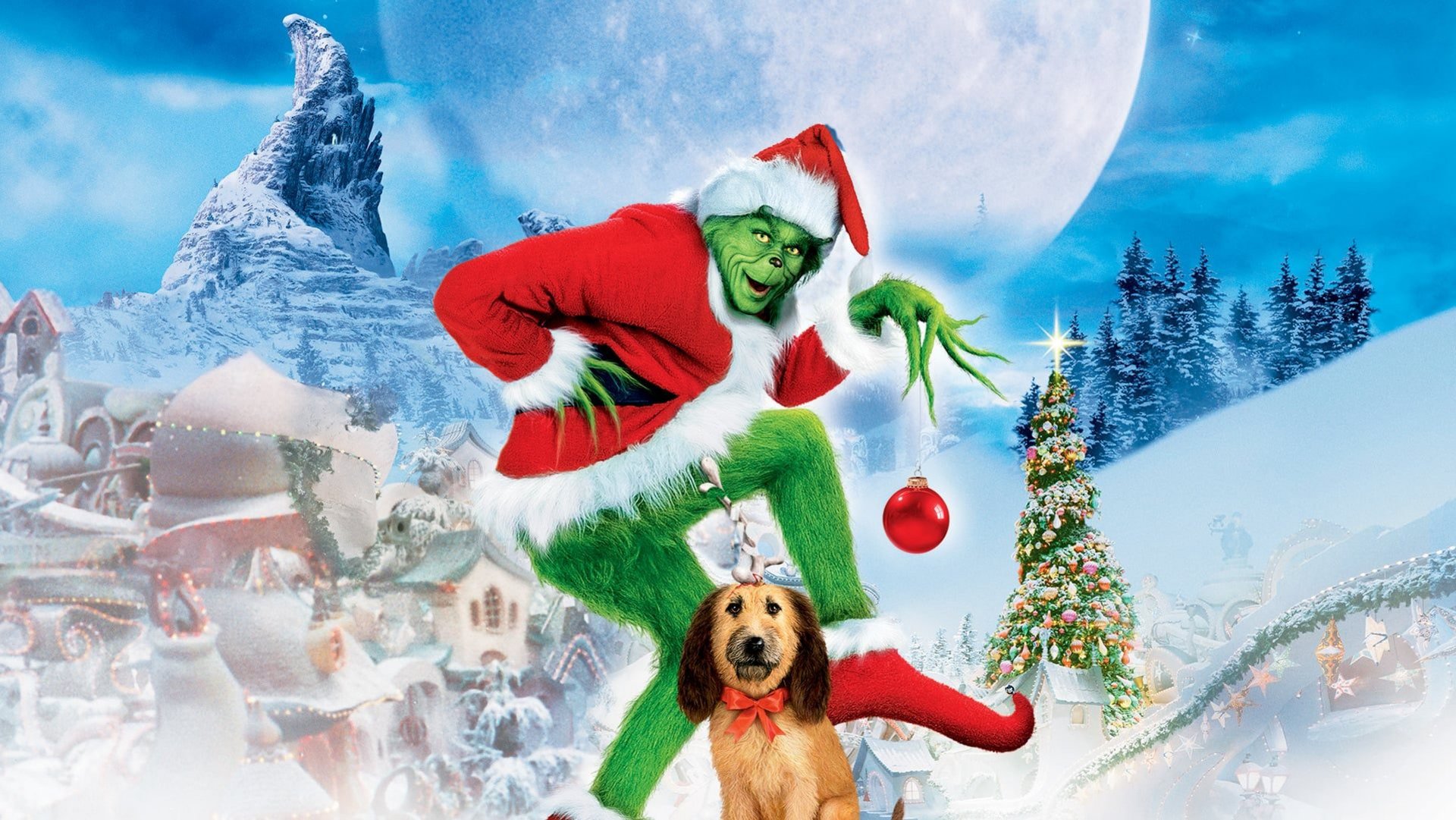 The Grinch attempts to scare people, although these scenes are brief and comic.

In some scenes the Grinch performs tricks that would be dangerous if copied, such as eating the top of a glass bottle, eating hot coals, and lighting his alcoholic breath with a blowtorch. However, it is clear that the Grinch is a fantastical character within a fantastical world and there is no suggestion that people could safely emulate such behaviour.

There are moments of innuendo and rude humour involving the Grinch, such as his hand landing on a woman's chest, turning his backside towards spectators and telling them to 'kiss it', and placing a dog's rear end next to the face of a man dreaming about kissing a woman. The dog's eyes then widen, implying the man has kissed its backside. In another scene, a cat is accidentally sucked up into a vacuum cleaner and a dog is thrown into some snow, but there is no evidence any animals were harmed.

Flashbacks to the Grinch being laughed at and bullied at school are used to explain his personality, but the bullying is not condoned. Infrequent very mild bad language includes a use of 'blast'.

Klaus is an animated comedy adventure in which a new postman’s arrival on a remote northern island, and his friendship with the toymaker Klaus, marks the start of the end to a generations old feud and to a new Christmas tradition. 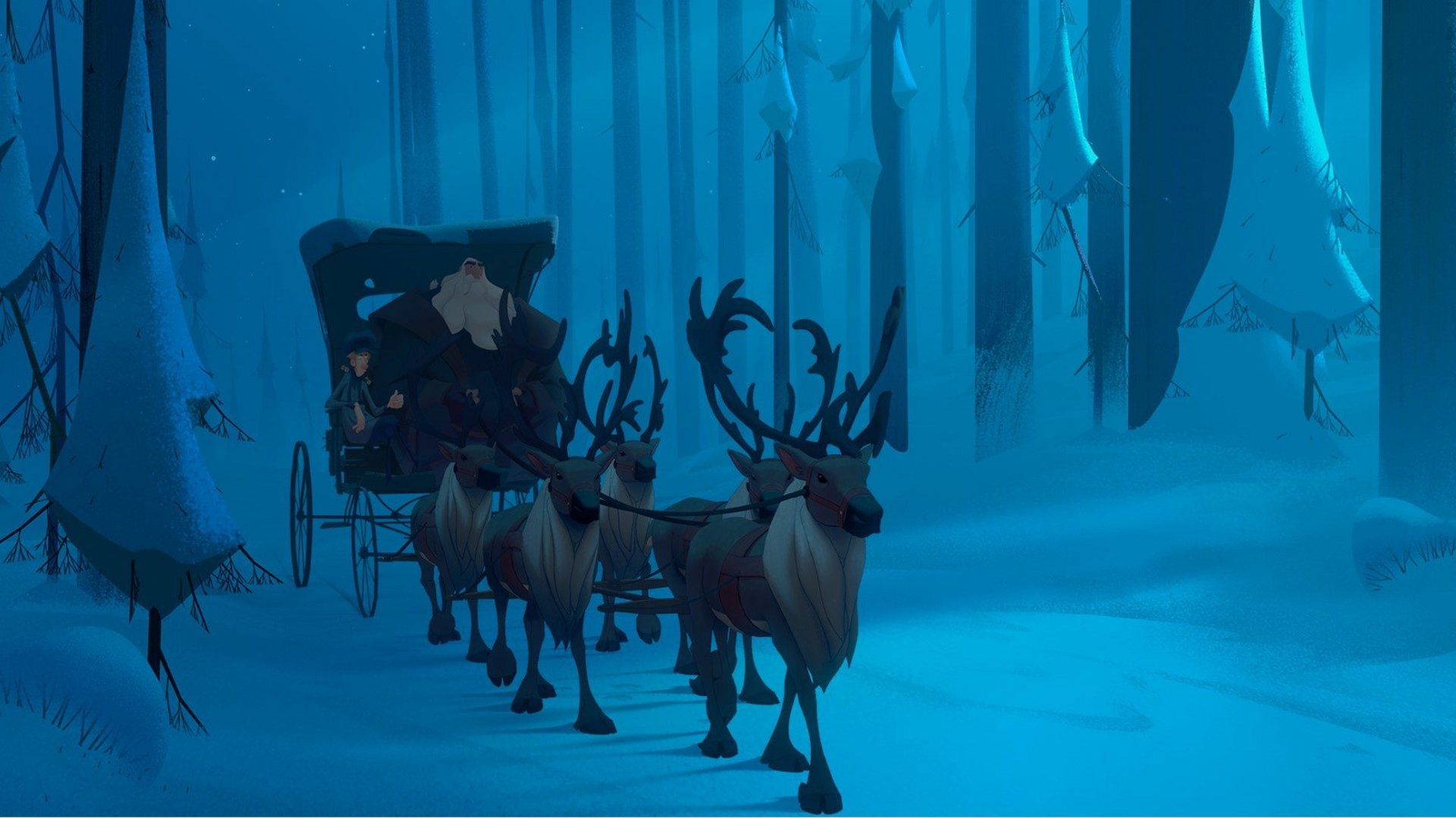 Frequent scenes of mild threat include sight of scary skeleton toys and puppets hanging in a dark room, knives covering walls, and scary sight of a rope noose on a gallows used as a bell ringer. There are references to being chopped up and scattered in the woods, and to severed heads and axe murderers, all of which are just imagined fears.

Mild and undetailed scenes of comic violence show people clashing and fighting each other with kitchen knives, spades and household implements. Spears are thrown but there is no injury. There are also scenes of mild slapstick.

There is very mild bad language (‘God’). Rude humour includes references to 'soiling of the pants' and sight of a man with his bottom burning after he falls onto a burning fireplace.