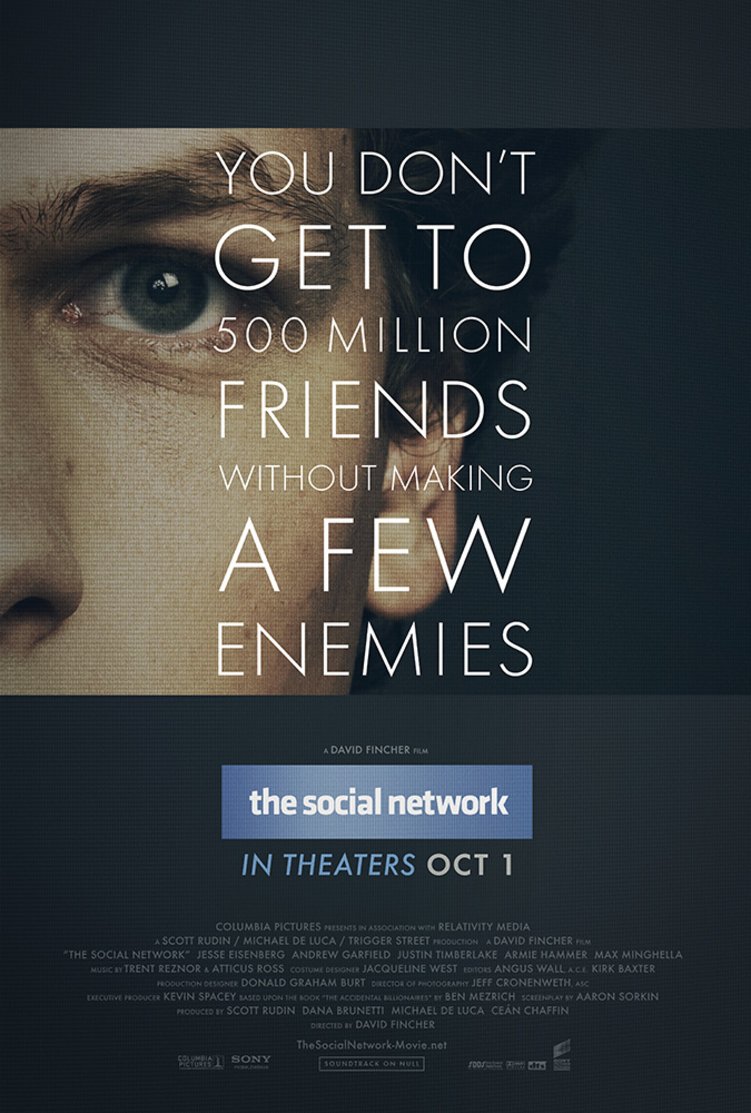 As Harvard student Mark Zuckerberg creates the social networking site that would become known as Facebook, he is sued by the twins who claimed he stole their idea, and by the co-founder who was later squeezed out of the business.

THE SOCIAL NETWORK is a drama based on the true story of the creation of the social networking website Facebook.

There is infrequent use of strong language ('f**k') and milder terms including 'bitch', 'shit' and 'asshole'.

During party scenes there is some undetailed cannabis use and a brief sequence implying that characters are snorting cocaine. The police then arrive and the users are arrested, and the work as a whole does not promote or endorse drugs misuse.

Company chose to remove a number of uses of strong language in order to acheive a '12' classification. Cuts made in accordance with BBFC Guidelines and policy. An uncut '15' classificaiton was available.