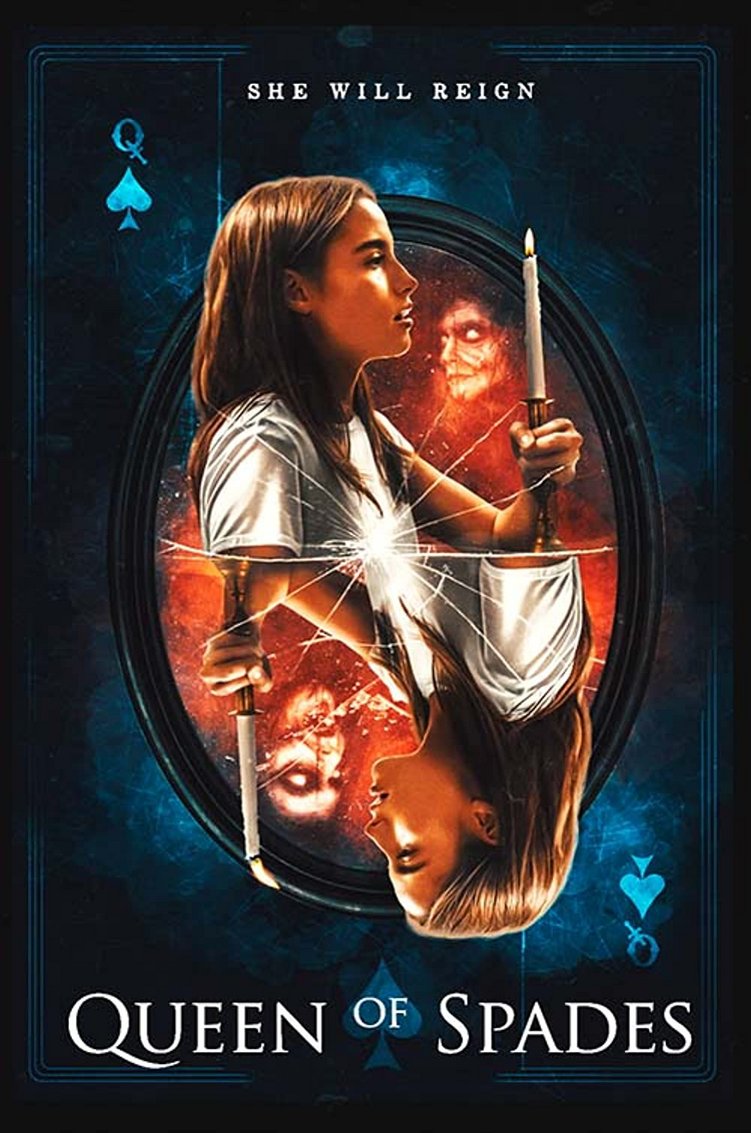 QUEEN OF SPADES is a supernatural horror in which a group of teenage friends are confronted by the consequences of playing around with a sinister urban myth.

There are bloody injuries caused by falls from heights, attacks with knives, and mutilation by supernatural forces.

There is strong threat from a supernatural force which possesses human characters, causing their limbs to contort and their behaviour to become a danger to others. There are also strong jump scares and horror images.

Strong violence includes slashings and stabbings with a knife, and a drowning in a bath. A supernatural force causes a young man to suffer a heart attack.

There are references to self-harm and suicide. There is occasional drug misuse as teenage characters smoke joints.