Snow White and the Seven Dwarfs is a US musical fantasy animation, from 1937, in which Snow White hides in a forest with a household of dwarfs after she is threatened with death by a wicked Queen. Snow White is the earliest Disney feature and the first ever full length animation film.

On its initial cinema release in 1938, the film was classified at A uncut (requiring under 16s to be accompanied by an adult). At the time, some scenes in the film were considered too scary for the U category. At the request of RKO Radio Pictures the film was seen again in 1953 to see whether the BBFC was prepared to revise its original decision for a proposed re-release in 1954. The BBFC informed RKO that the film remained most appropriately classified at A but that a U could be achieved by making cuts in a few sequences. The suggested cuts were: to reduce Snow White's journey through the woods to a minimum, in particular deleting sounds of screaming and sight of clutching hands; to reduce the Queen's transformation into a witch, particularly reducing the sound; to remove the sight of a skeleton; and to delete the witch's screams as she falls from rocks. However, RKO declined to make the suggested cuts and instead appealed against the BBFC's decision to the various local authorities in whose areas the film was due to be shown. The results were mixed, with some local authorities allowing the film to be shown uncut with a U classification but others upholding the BBFC's A classification. When the film was due for another re-release in 1964, the company decided it would be less confusing if the film was able to play as a U everywhere rather than as an A in some areas of the country but a U in others. Accordingly, Disney agreed to make the cuts suggested by the BBFC in 1953 and the film was classified U in a cut version in 1964.

When the film was classified again in 1987 for a fiftieth anniversary re-release, the cuts were waived, and the full feature was restored. At the time, examiners noted that each scary moment either involved a joke embedded in the scene, or a reassuring scene followed immediately after. In order to check how scary modern children would find the film, BBFC staff were invited to bring their children along to a screening and the consensus amongst the children, as well as the BBFC's examiners, was that this - by now very well known - film was not as frightening as it had originally seemed. The reassuring element is key to the U classification. The film remains at the U category today.

At U, "scary or potentially unsettling sequences should be mild, brief and unlikely to cause undue anxiety to young children. The outcome should be reassuring." There is very mild threat in the scene which Snow White fearfully runs through the dark forest as she imagines that the trees have scary faces and clutching hands that tear her dress. However, the sequence is brief in the overall context of a film which focuses on a whimsical adventure. It's also evident that her imagination is making her surroundings seem scary, and it soon becomes clear that she is surrounded by friendly creatures who instantly look after her. The witch transformation scene is a mild scary moment as she decants 'a scream of fright' into her potion, but the transformation itself is un-detailed as she is lost in a whirlwind of colour. Also, the scene which shows the Witch tumbling off the rock, is very discreet as she is shown disappearing into the mist with a scream. So, although there are brief moments which may potentially scare the youngest viewers, the outcome of the tale is reassuring, and the scenes are offset by the softness of the overall film.

The film was most recently classified U for very mild scary scenes, threat in 2016.

You can hear more about the classification of the film, and the 2012 film, Snow White and the Huntsman, in episode 66 of our podcast.

More on this film

Explore our other resources about Snow White and the Seven Dwarfs 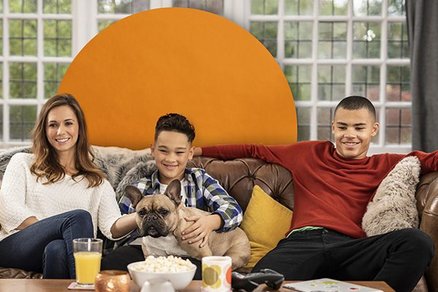