Curriculum links: This case study can be used for those studying either ‘Component 2: Global Film: Narrative, Representation and Film Style - Contemporary UK film’ on the WJEC / EDUQAS GCSE specification OR ‘Content of Critical Approaches to Film - Section A: Contemporary British and US Film’ on the OCR A-level specification.

Skyfall is the 23rd film in the James Bond franchise. Like many Blockbusters, including previous Bond films, Skyfall was submitted to the BBFC for advice. The BBFC’s advice service means that film distributors - in this case Sony - can submit an unfinished version of a film to the BBFC in order to understand what the likeliest rating of the film is going to be. Unlike other films in the James Bond franchise such as Casino Royale or Spectre, the BBFC did not advise that the distributor make any changes in order for them to achieve their preferred 12A rating.

At the time the advice screening took place, the BBFC knew that Sony wanted a 12A for the film because the content was submitted with a 12A category request. ‘Category requests’ are a fairly common part of the submission process and means that when a distributor is sending in a piece of content for classification, they can indicate what rating they are looking for. For advice viewings in particular, category requests are especially helpful bits of information as it means Compliance Managers can assess and identify what potential changes - if any - may be required in order to help a distributor achieve the rating they want for their film.

Like most Bond films, the key content issue in Skyfall is moderate violence. The 12A is established from the outset during the train sequence that features intense action such as hand to hand combat and gunfire, resulting in Bond being shot - and presumed dead - with brief sight of bloody detail. Other bloody moments are occasional but there is also sight of blood spray when a man is shot at close range, and blood and injury is also visible during fight scenes.

One of the key set-pieces is a chase scene set on the London Underground. Although from a classification perspective, the scene was considered to be quite comfortable at 12A in terms of detail, the original viewing team considered whether audiences would respond strongly to the scene, given increased sensitivities towards terrorist incidents in the UK since the events of the 7 July bombings in 2005. However, although the scene may recall terrible real-life events, the sequence is within the context of an incredibly well-known action-thriller franchise that distances audiences from the ‘reality’ of the work. As a result, we concluded that viewers will broadly interpret the scene as one of entertaining action violence, rather than anything more disturbing.

Threat is also persistent throughout the film but a standout scene is that in which Bond is tied up and verbally threatened. Another intense scene of threat is when Sévérine is tied up after being beaten off-screen and held at gunpoint. These sequences are disturbing but the overall tone of the film is not, and so we were happy with these scenes at 12A.

The injury detail in the film includes the sight of a wound on Bond’s chest that he inflicts on himself in order to extract shrapnel from the wound. However, as Bond is doing this in an attempt to extract data, we considered this a brief moment of injury detail, rather than an issue of self-harm.

The language is mostly mild (‘shit’, ‘bugger’) but a single use of strong language (‘f**k’) requires a 12A rating.

There is a passing reference to a woman being trafficked into sex slavery as a child. The reference is brief and undetailed and acceptable at 12A.

Sex is a mild issue in the film and includes a couple of implied scenes of sex in which Bond is seen embracing women.

Skyfall is rated 12A for moderate action violence and infrequent strong language. Read the ratings info.

If you’re interested in reading more about Bond’s history with the BBFC, check out our case studies on Casino Royale and Spectre, or listen to our Bond at 50 podcast or our podcast on Diamonds Are Forever. 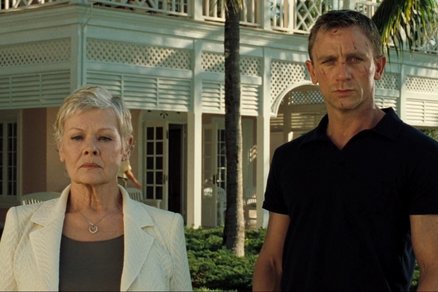 In 2006 James Bond was back in the twenty-first instalment of the spy series: Casino Royale. 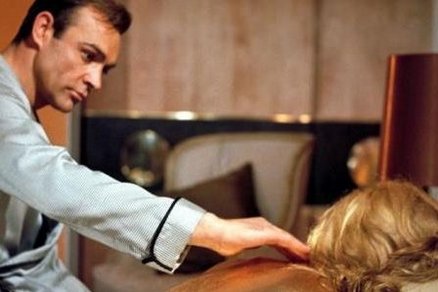 In this episode of the BBFC podcast we mark the 50th anniversary of James Bond by delving into the files of some of the Bond films submitted to the BBFC over the years. 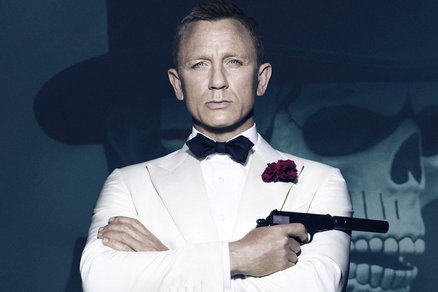 Skyfall director Sam Mendes returned to the James Bond franchise in 2015 with Spectre, the twenty-fourth film in the series.