Saturday Night Fever was released in the US towards the end of 1977 and stars John Travolta as Tony Manero, a young man from Brooklyn who escapes the challenges of working class life when he goes dancing.

The film was first seen by the BBFC in February 1978. The company requested a AA classification, which would have permitted viewers of 14 and above to see it. Although examiners expressed some sympathy with the idea the film would have appeal to people in their mid teens, its use of strong and very strong language and its inclusion of some strong sexual content resulted in an X classification, excluding anybody under 18. The BBFC Bulletin for Local Authorities, available here, summarises the key issues in the film and the decision to classify Saturday Night Fever X, rather than AA.

Following the enormous success of Grease in summer 1978 (it was classified A - broadly equivalent to the modern PG), the company behind both films approached the BBFC again to see whether it might be possible to work towards a revised version that would be suitable for younger viewers. In fact, a heavily reduced version had already been prepared for younger viewers in the US and it was this version of the film, missing around six minutes of material, which was viewed by examiners and senior BBFC staff several times during October and November 1978.

The BBFC's view was that the 'soft' US version, from which all the strong and very strong language and much of the sexual content had been removed, was acceptable at the AA level. However, the company was keen to obtain the same A rating which had proved so successful with Grease.

The BBFC requested further cuts to verbal references to sex and drugs, and to some emotional sequences, and showed the resulting cut version to test audiences of children, accompanied by parents and teachers, in December 1978. The BBFC concluded that the film's narrative remained too complicated for younger children to truly appreciate or understand, but that there was nothing in this heavily edited version to which parents would strongly object. Therefore, after the distributor had provided assurances that the X rated version would no longer be playing in cinemas - in order to prevent any risk of the wrong version being accidentally screened to children - the film was classified A in its modified version in March 1979. In total, ten minutes and ten seconds were removed.

Listen to our podcast to hear more about Saturday Night Fever (1977). 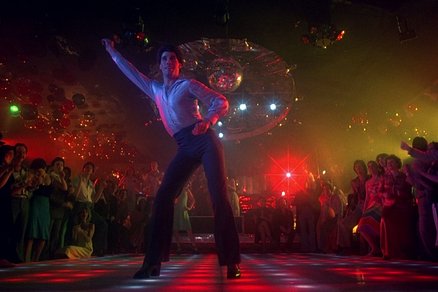 In this episode we discuss the classification history of the 1977 hit film Saturday Night Fever.