My Life as a Courgette

My Life As A Courgette (2016) is an animated drama about a boy who goes to live in a children’s home after his alcoholic and abusive mother dies.

He (wrongly) blames himself for his mother’s death as she had an accident when drunk. At the care home he meets other children who have also experienced abuse, some whose parents are dead or have left them, and sees how they all have different ways of coping. He’s initially bullied, but also makes a strong friendship with one of the other children. A kindly police officer comes to visit him and they also start a tentative friendship. Courgette must deal with trusting adults to care for him, and working out how to feel secure when it seems like others are abandoning him.

My Life As A Courgette (2016) is a French animated drama about a boy who moves to a care home after losing his mother. It also explores the friendships he makes, and what he learns from the other children in his new home, and how he can learn to trust adults and other people in his life again. It was released in the UK 2017 and was critically successful and nominated for an Oscar, a Bafta and a Golden Globe. It won several awards too, including at the French César Awards, France where it won both Best Adapted Screenplay and Best Animated Film. You saw the film with the French dialogue dubbed with English voices. There is also a subtitled French language version of the film.

My Life As A Courgette (2016) contains some complex and difficult themes. The BBFC considered both a 12A and a PG rating, and in the end opted for PG given the film’s educational appeal and the fact that though difficult ideas and issues are raised by the film, the treatment is likely to be understood by older children. The BBFC staff who watched the film noted that there were mild sex references, references to traumatic childhood experiences.

PG stands for parental guidance. A PG film is suitable for general viewing, but some scenes may be unsuitable for young children. A PG film should not unsettle a child aged around eight or older. Unaccompanied children of any age may watch, but parents are advised to consider whether the content may upset younger, or more sensitive, children.

The film was not cut, and was classified both in French with English subtitles and with English voices dubbed in. This is the BBFC age rating information for the film - which gives details of what issues are in the film and why is was rated PG.

Sex - There are comic conversations between child characters regarding their limited and inaccurate understanding of what goes on between adults. These include brief and comic references to adults 'wriggling around' and to 'willies exploding'. Some boys gasp when they glimpse a woman's underwear as she ascends a staircase beneath which they are hiding.

Theme - The main character is placed in a care facility after an incident in which he accidentally causes the death of his alcoholic mother, who behaved in a threatening manner towards him. At the care facility, he meets other children from troubled backgrounds and there are undetailed references to adults taking drugs, committing murder and taking their own lives. One girl's father is referred to as a 'creep' who is now in prison and about whom she had nightmares. No further detail is provided.

There is also very mild bad language such as 'butt' and 'hell'. One character is referred to as a 'tramp' by her abusive aunt. This work contains flashing images which may affect viewers who are susceptible to photosensitive epilepsy.

Explore more about My Life as a Courgette 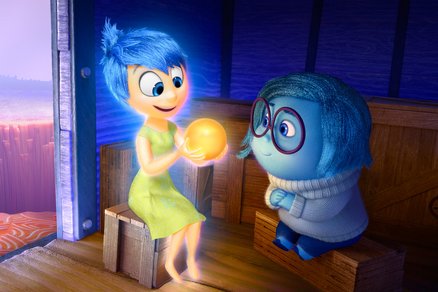 Movie Night with the BBFC

Coming together as a family is more important than ever, that's why we've put together some movie activity packs!