Do The Right Thing

Do The Right Thing was first released in 1989 and is one of Spike Lee's early works. The film is a US drama about the simmering tensions in a multi-racial community in New York that spill over into violence on a hot summer's day.

Do The Right Thing was first seen by the BBFC in May of 1989 and came with a request from the company for an 18 classification for cinema release. The viewing team were split, with two examiners in favour of 18 and one in favour of 15. Given the company's specific request for an 18 an Assistant Principal Examiner awarded the film the adult classification but informed the BBFC's Deputy Director that one colleague had suggested a 15 and that it might be useful for the film to be seen more widely for information. This hand-written note is attached and reflects the practice, still adhered to today, of ensuring that borderline films and works of note are seen as widely as possible by staff in order to encourage both internal debate and consistency of recommendations.

When the film was submitted for video release later in 1989 examiners recommended the 18 be repeated, partly for consistency with the recent cinema decision and partly because the company again requested an 18. However, one examiner did note that they recommended the 18 with certain 'misgivings'.

In 2001 an audio commentary version and a 'closed captions' version were viewed for DVD release, although the BBFC was not asked to view the film itself again. At the time BBFC policy was to retain existing classifications for such submissions and the 18 was simply maintained.

In 2015 the film was submitted for a digital cinema re-release. The examiner suggested that the film was appropriately placed at 15 under current Guidelines. The policy at the time, was that repeating the original 18 would be out of line with current and recent practice. Nowadays the BBFC's policy is to revise classifications when films are resubmitted if the existing category is no longer reasonable or defensible.

The BBFC reviews its Guidelines by way of large-scale public consultation every 4 to 5 years, allowing the BBFC to stay up to date with cultural shifts and changes in public attitudes towards specific classification issues, including discrimination.

Explore more about Do the Right Thing

Listen to our podcast 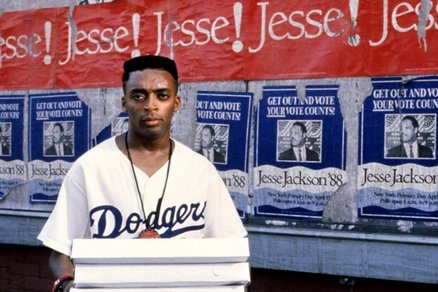 In this episode of the BBFC podcast we look at Spike Lee's Do the Right thing.