Today, the British Board of Film Classification (BBFC) has released their latest ‘in conversation with’ podcast, featuring special guest director Prano Bailey-Bond talking about her upcoming feature film, Censor.

Listeners can enjoy an open discussion between Prano and BBFC Compliance Officer, David, who has worked at the BBFC for more than 35 years, as they delve into the classification of the film and the BBFC’s involvement with the research stage.

In the podcast episode, Prano reveals the inspiration behind co-writing and directing Censor, the concepts that drove Enid’s storyline and the classic horror films and directors that influenced her style. She also discusses the influences of the ‘video nasties’ era, and the horror films that shaped her childhood.

Listeners can find out insider knowledge about Prano and her co-writer Anthony Fletcher’s research visits to the BBFC to learn more about the ‘video nasties’, and hear about their meetings with Compliance Officers to find out how the BBFC operated in the 1980s. They can also find out more about the background of the ‘video nasties’, and learn about some of the films that inspired Prano when creating Censor, including Sam Raimi’s The Evil Dead.

Faye Harcourt, Director of Marketing and Outreach, said: “We were absolutely delighted to invite Prano on the podcast to talk to us all about her new film Censor. Prano is full of insight about the concept, inspiration and research that went behind the film that we have no doubt will thrill film fans. This episode offers a unique experience for listeners, giving them exclusive insider information and outlining the strange experience we had of classifying a film about film classification. Horror fans looking to find out more about the ‘video nasties’ ahead of watching Censor next week will definitely enjoy this insight into the world of the BBFC.”

Prano Bailey-Bond said: “I thoroughly enjoyed speaking to David all about Censor and delving into the intricacies of the ‘video nasties’ era. Throughout the whole research process, the BBFC were helpful and transparent, and although the censorship board in Censor is fictional, I drew so much inspiration from viewing the BBFC archive and speaking to their staff. I have long been interested in the BBFC and their changing role within the industry and was delighted to sit down with them to find out more about how they classified Censor.”

Censor is a horror film, inspired by the ‘video nasty’ era of the 1980s, about a woman who works at a fictional censorship board, who begins to draw parallels between her sister's mysterious disappearance and a horror film that she is examining at work.

Censor will be released in UK cinemas on Friday 20 August. 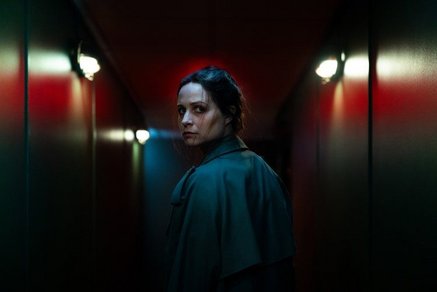 In this episode, we speak to director Prano Bailey-Bond about her debut feature film Censor, its inspiration & the 'video nasties' era. 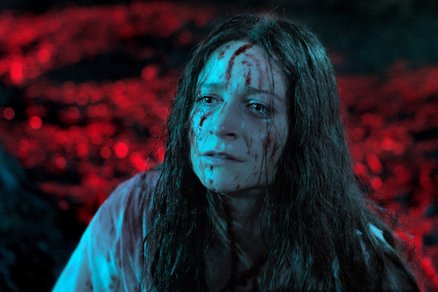 Ever wondered what it’s like to be a Compliance Officer or ‘film censor’? Why not have a go at rating the trailer for Prano Bailey-Bond's new British horror film Censor?