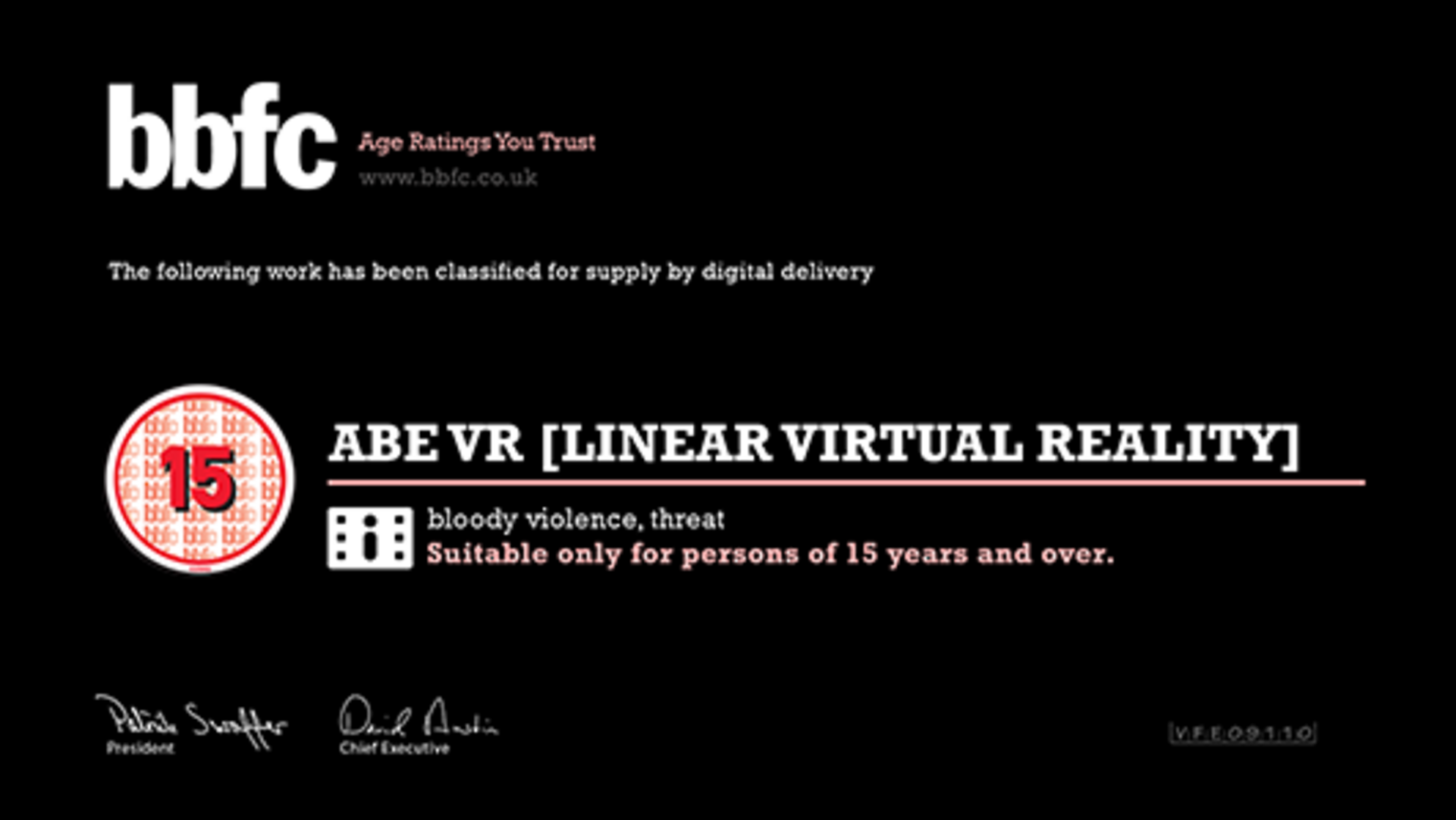 In a first of its kind, the BBFC reviewed the virtual reality experience alongside the original 2D short film, granting both with a 15 age rating. Although both were similar in content, ABE VR was issued its rating based on the bloody violence and threat classification criteria.

Alexandra Evans, Policy Director, BBFC, commented: "We were delighted to work with Hammerhead on this project and to be able to compare the VR and linear versions of ABE like for like. Though both versions received the same 15 rating, they raised different classification issues, specifically strong threat in the linear version, and bloody violence and threat in the VR version. This exercise shows how BBFC Classification Guidelines work for VR content and with this new technology, which offers an intense user experience, it is important that consumers, parents in particular, can access clear content advice about VR content before they experience it."

Simon Windsor, Joint Managing Director, Hammerhead VR commented, "The classification advice from the BBFC is an important step for Virtual Reality. With ABE VR we wanted to explore the heightened emotional connection that this storytelling medium can deliver, as well as the shear intensity and sense of dread - the results are powerful. As VR evolves and experiences become ever more believable, it will be increasingly important for VR content to be age rated.”

Based on the award winning short film 'ABE', by Rob McLellan, ABE VR is faithful recreation of on the original story about a misguided robot seeking the unconditional love of humans… at whatever cost.

ABE VR is available now and free to download on Oculus and SteamVR.

About Hammerhead VR
Hammerhead VR is a Virtual Reality & Immersive Content studio, based in London and Newcastle. Over the last 18-months we have quickly established ourselves as one of the leading specialist real-time VR studios, with our work creating stories, games and experiences recognised internationally.