The British Board of Film Classification (BBFC) has announced the winner of their centenary competition for kids. 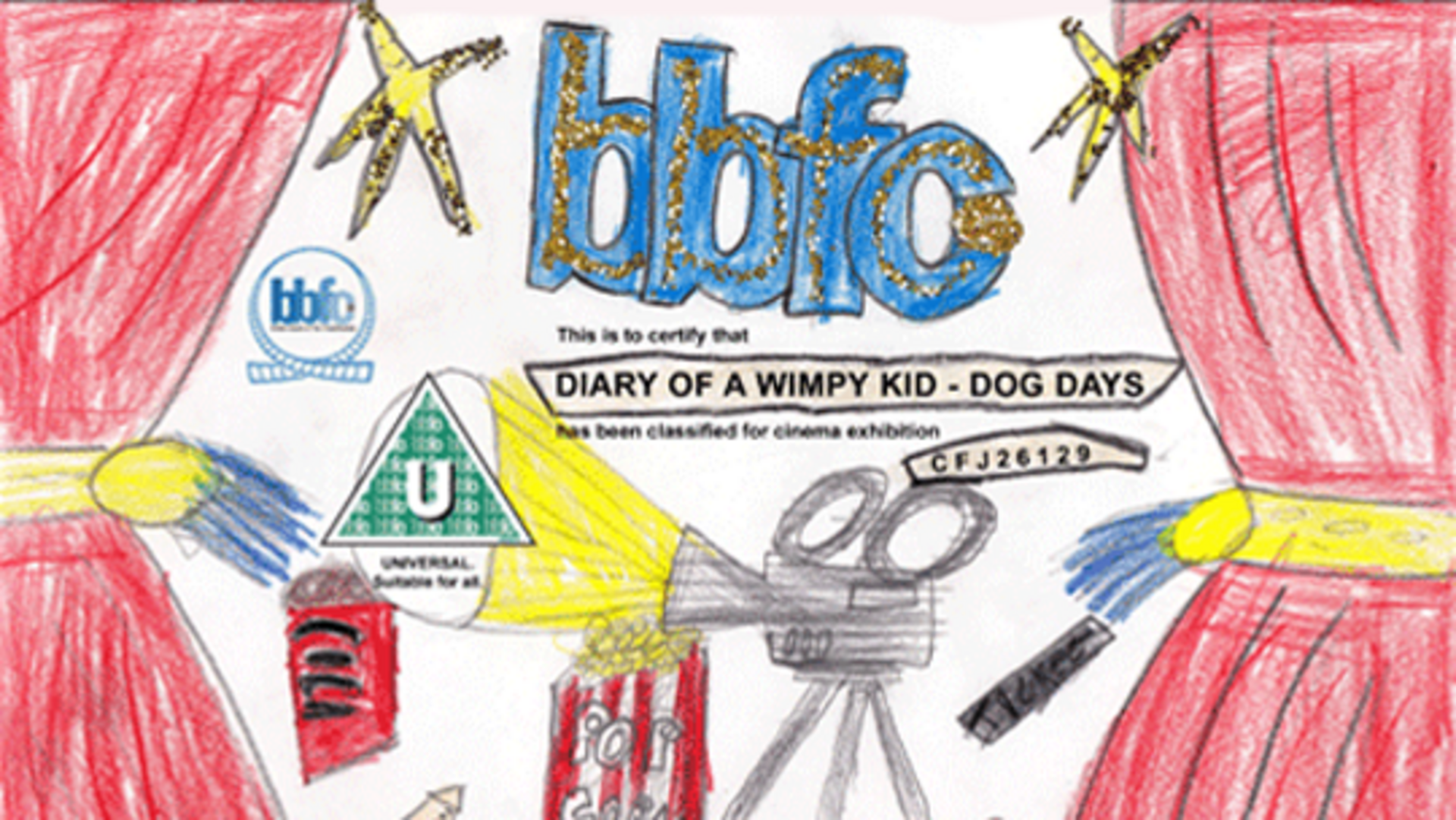 10 year old Jason Bangar from Birmingham will have his BBFC Black Card design shown ahead of every cinema screening of summer blockbuster Diary of a Wimpy Kid: Dog Days (U), which opens on 3 August. Jason entered a design after his teacher saw the competition advertised on the BBFC Children's website CBBFC. The competition is part of the BBFC's centenary celebrations, with all entries judged by BBFC Education Officer Lucy Brett and Demir Yavuz, Technical Manager at 20th Century Fox.

'I offer my warmest congratulations to Jason, whose design brilliantly captures the uniquely special excitement of the cinema experience, and to everyone at the BBFC as it celebrates its centenary year in fine style.'

David Austin, Assistant Director and Head of Policy at the BBFC, said:

'The BBFC is delighted to be able to work with the film industry to provide such a fantastic prize for Jason. The BBFC's centenary is an opportunity to showcase the UK's historic and current passion for film, and to encourage children to think about what going to the cinema means to them. Congratulations to Jason and well done to everyone who entered the competition.'

'We were drawn to Jason's design because we felt it really conveyed the excitement he feels when visiting the cinema. Including a drawing of a traditional projector and theatrical curtains is a great reference to the history of cinema, which is appropriate since the BBFC celebrates its 100th birthday this year. We hope Jason and all the children who entered the competition enjoy seeing the winning design before screenings of Diary of a Wimpy Kid: Dog Days this summer'.

Jason and his family are invited by 20th Century Fox to a special screening of Diary of a Wimpy Kid: Dog Days (U) at their local cinema in Birmingham next month. The competition, which launched in January this year, asked children under 18 to use their own cinema-going experiences as inspiration for a new BBFC Black Card design. Jason's design incorporates a traditional 35mm projector, popcorn and theatrical curtains. The design will be replicated by a professional designer and shown for the entire UK cinema release of the film Diary of a Wimpy Kid: Dog Days (U).

The British Board of Film Classification (BBFC) is an independent, private, not for profit company which classifies films, videos, DVDs and certain video games, advertisements and trailers.  The BBFC operates transparent, well-understood and trusted co-regulatory and self regulatory classification regimes based on years of expertise and published Guidelines which reflect public opinion and the risk of harm; and is accountable to Parliament. The BBFC provides academic case studies and information about the history of the BBFC and film classification through its website. Further online activities and information about film releases are also available to younger viewers, encouraging them to think about classification, viewing choices and what they want to watch. The BBFC also provides free education resources and visits to schools and colleges across the UK, as well as video conferencing services.