The BBFC is very proud to be the recipient of this year’s Team of the Year award from the Cinema Technology Community (CTC) at their annual awards ceremony, which took place on 11 November 2019. 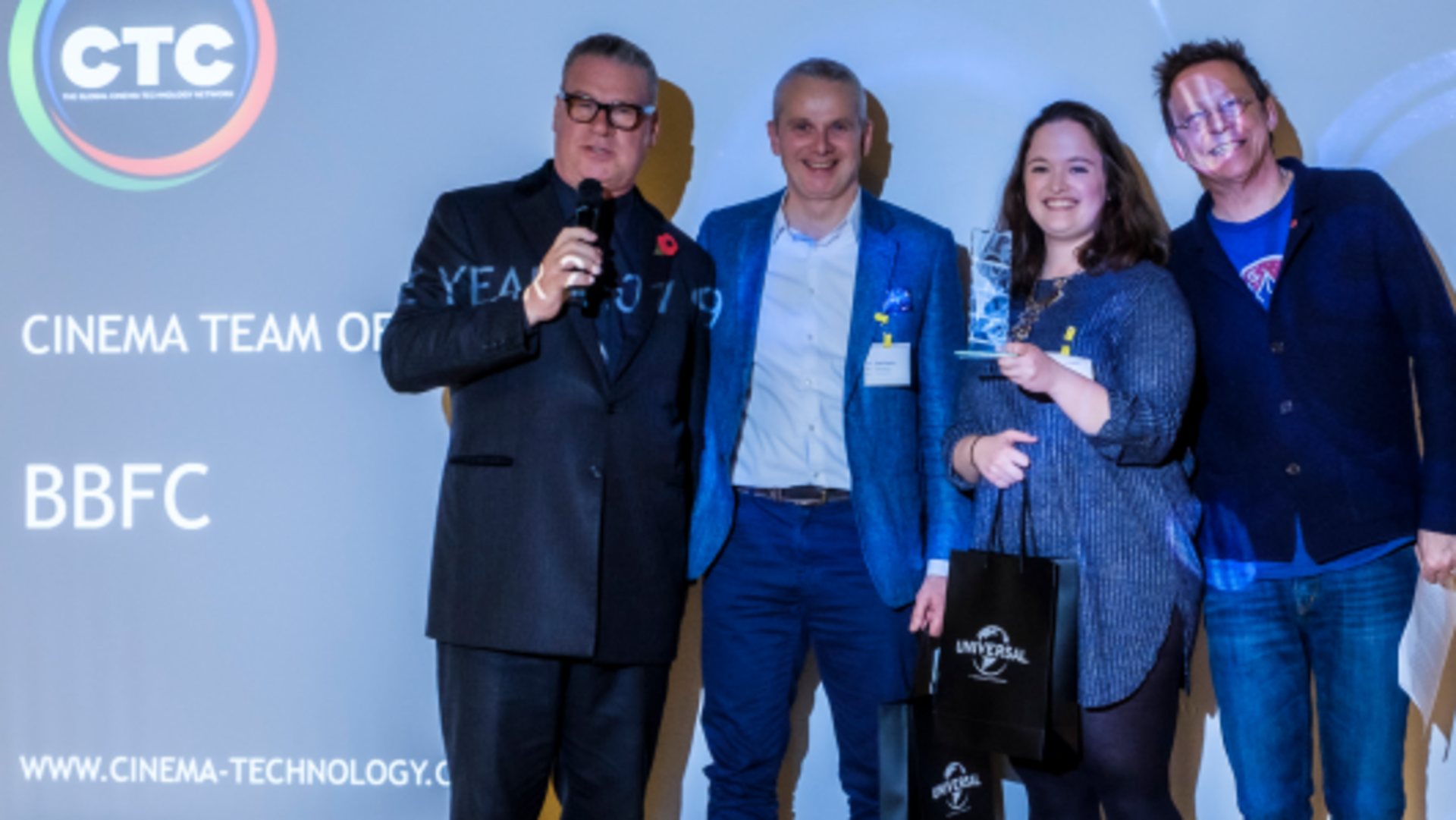 The CTC awards night recognised individuals and organisations that continue to drive excellence in movie-going through the use of technology and outstanding service to the industry.

Becci oversees the BBFC’s day-to-day projection of theatrical content. The BBFC has classified over 1,200 theatrical films in the past 12 months, and Becci is instrumental in ensuring that these films are projected to our exacting cinema standards and that we turn around this content as quickly as possible.

Becci said: “I am over the moon to collect this award on behalf of our team. I am incredibly pleased and grateful to the CTC for recognising our efforts in maintaining high standards of projection and for embracing new technologies that come our way.”

David added: “I’m very proud of all the team has achieved, which enables us to produce age ratings that serve theatrical distributors, cinema exhibitors and local licensing authorities in putting films into UK cinemas and that help cinema audiences choose well.”