What you need to know about The Batman

About to book your tickets to watch The Batman? Here's the age rating and information about what you can expect to see in the film. 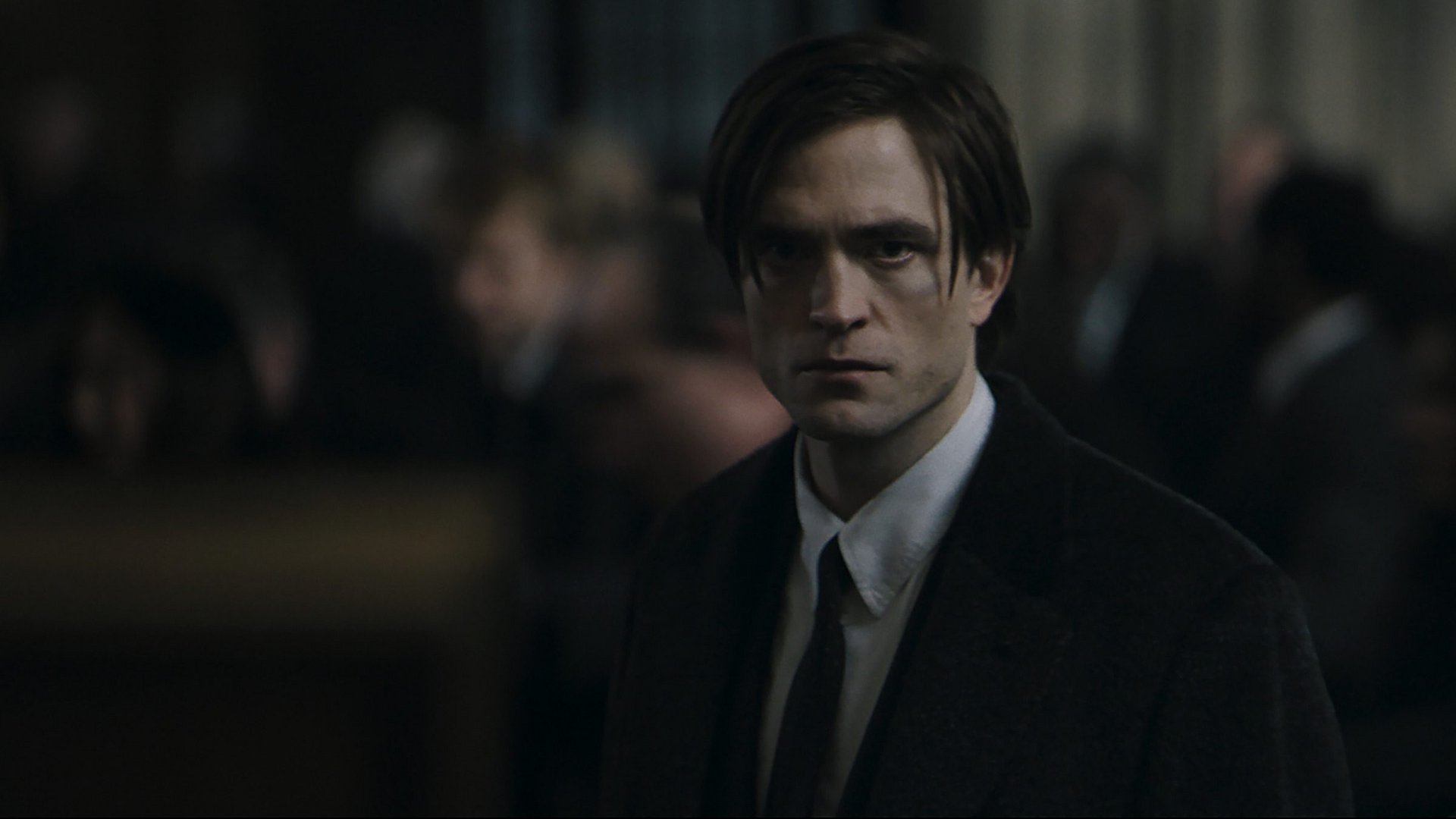 The Batman (2022) is a crime thriller in which a vigilante teams up with a detective to solve a series of murders perpetrated by a riddle-loving killer.

Scenes include people in states of terror and distress after being placed in elaborate death traps. The tone is frequently dark and menacing, and includes scenes of gun threat and acts of terrorism.

Scenes include shootings, fistfights, electrocutions, and sequences in which people are repeatedly punched or bludgeoned. There is occasional sight of blood and injury detail. Mutilated bodies are found at crime scenes, and there is sight of a severed thumb.

There is infrequent strong language ('f**k') as well as milder terms including 'prick', 'dick', 'fricking', 'bastard', 'son of a bitch', 'shit', 'God', 'hell', 'Jesus', and 'Christ'. There are moderate sex references, and a sequence in which a man watches a woman changing her clothes through her window. References are made to suicide and mental health. People are seen administering an unnamed illegal drug.

Why is The Batman rated 15?

The Batman presents a bleak, noirish vision of Gotham City in which Batman teams up with a detective to solve a series of murders perpetrated by a riddle-loving killer. These murders include victims being subjected to sadistic devices designed to terrorise them prior to their death.

At 12A/12 our guidelines state: ‘There may be moderate physical and psychological threat and horror sequences. Although some scenes may be disturbing, the overall tone should not be. Horror sequences should not be frequent or sustained.’ Scenes of threat in The Batman are often prolonged, including focus on people in states of terror and distress when placed in elaborate death traps. The tone is consistently dark and menacing and explores issues of corruption, organised crime, terrorism and murder.

The world of The Batman is presented as less fantastical than previous big-screen iterations of the character. Much of the action occurs as ‘street level’ battles in which people are punched repeatedly, shot at, or electrocuted, as well as sequences in which people are bludgeoned to death. Our guidelines at 12A/12 state: ‘There may be moderate violence but it should not dwell on detail. There should be no emphasis on injuries or blood, but occasional gory moments may be permitted if justified by the context.’ Although graphic detail is minimal, there are sequences in which it is implied that victims have been mutilated.

What does our research tell us?

All our classification decisions are informed by our guidelines, which are based on widespread public consultation and research. We work closely with young people, child psychologists and charities to ensure that all of our decisions reflect societal standards and norms.

In our last guidelines consultation in 2019, people told us they feel a heightened sense of anxiety when it comes to depictions of 'real world' scenarios, in which audiences – especially young people – are likely to be concerned that events depicted on screen could happen to them. For example, depictions of terroism, kidnappings, murder and discrimination.

The film exceeded our guidelines at 12A, but is suitable for audiences of 15 and above.

This isn’t the first time we’ve seen darker, grittier takes on the superhero genre - especially the character of Batman - at the BBFC. 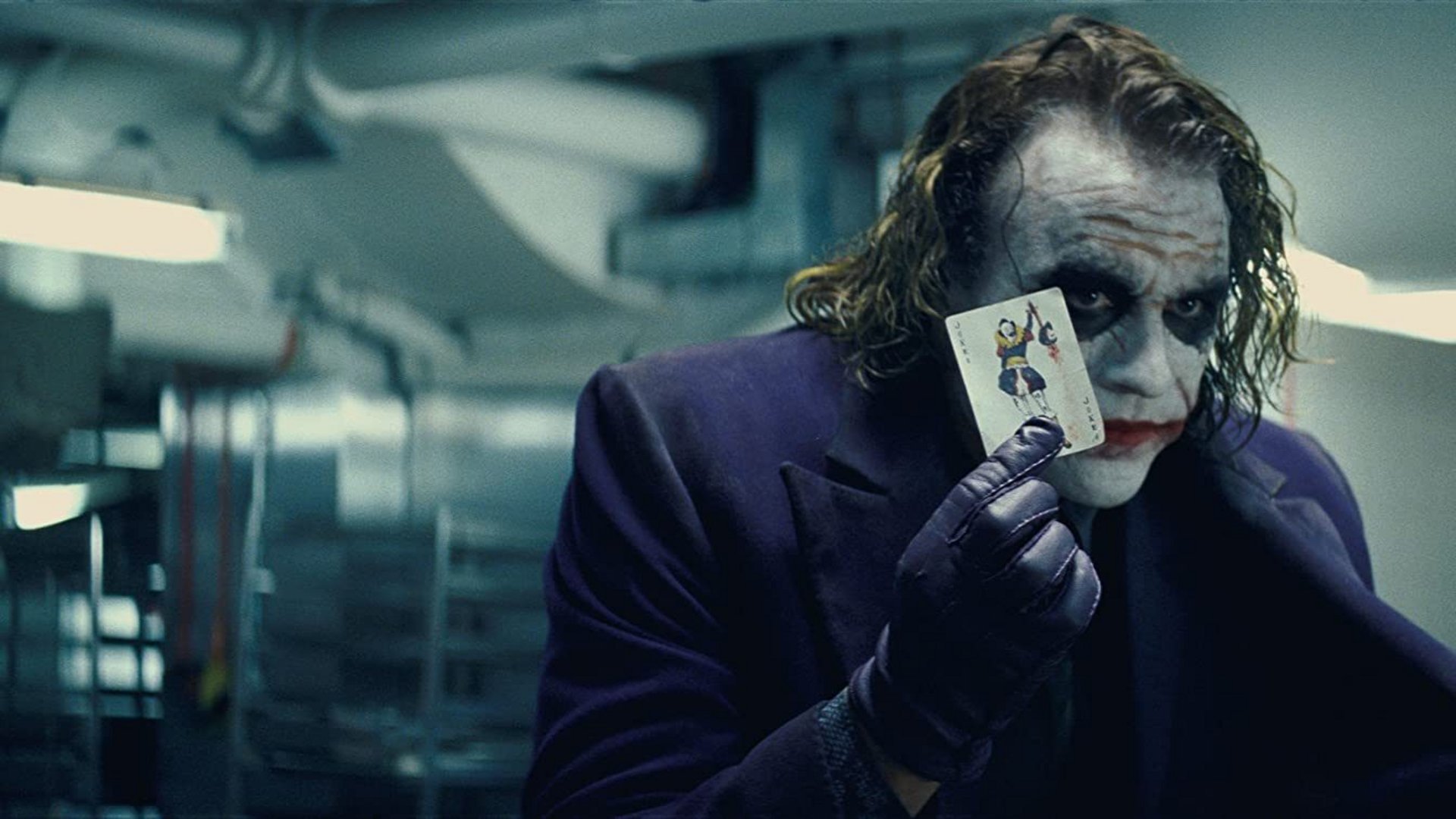 In 2008, we rated Christopher Nolan’s The Dark Knight 12A for theatrical release. Following this decision, we received 364 complaints - by far the largest number of complaints we have ever received about a single film. For context, out of all the films released in 2020 we received 93 complaints, and in 2019 we received 149. In general, the complainants felt the film was too dark and too violent for children. The bleak tone of the film, the 'adult' nature of some of its themes and the 'unhappy' ending were cited as not suitable for a film rated 12A, to which under-12 year olds could be taken, if accompanied by an adult. The film was included as a sample work in the guidelines consultation which was taking place at the time. This helped consolidate our position when considering 'tone' as a classification issue, and we included psychological threat and horror in the 2012 guidelines following the response to the film.

Joker was submitted in 2019, and we rated it 15 for strong bloody violence, language. The film is a thriller in which an aspiring comedian becomes increasingly unstable after funding for his psychiatric support is curtailed. After the film was released, 20 people wrote to us to complain about the rating - all of whom felt the 15 rating was too low, and a small minority also thought the film should have been banned. The scenes are strong and shocking, but do not last long and there is no focus on the victims' injuries afterwards, our guidelines at 15 state that 'Violence may be strong but should not dwell on the infliction of pain or injury'. 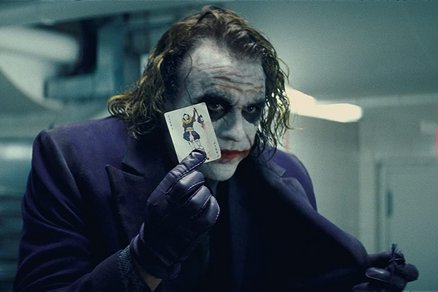 The Dark Knight came to the BBFC for classification in 2008, with a distributor request for a 12A age rating. 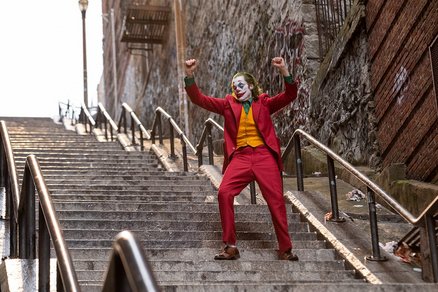 Joker is a psychological thriller about a stand-up comedian who becomes increasingly unhinged. 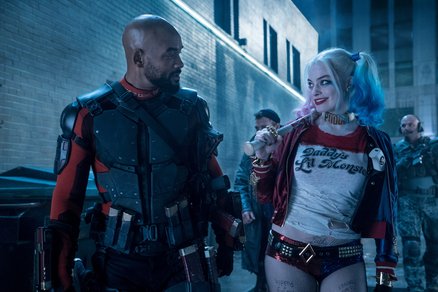 In this episode we're joined by BBFC Chief Executive David Austin to discuss age rating Suicide Squad (2016) plus some other recent Marvel and DC Comics films.