To celebrate the occasion, we’re showcasing all of the heart-warming father figures in film and TV that taught us valuable lessons about life. From Marlin in Finding Nemo, to Ned Stark in Game of Thrones, the list goes from U all the way to 18. 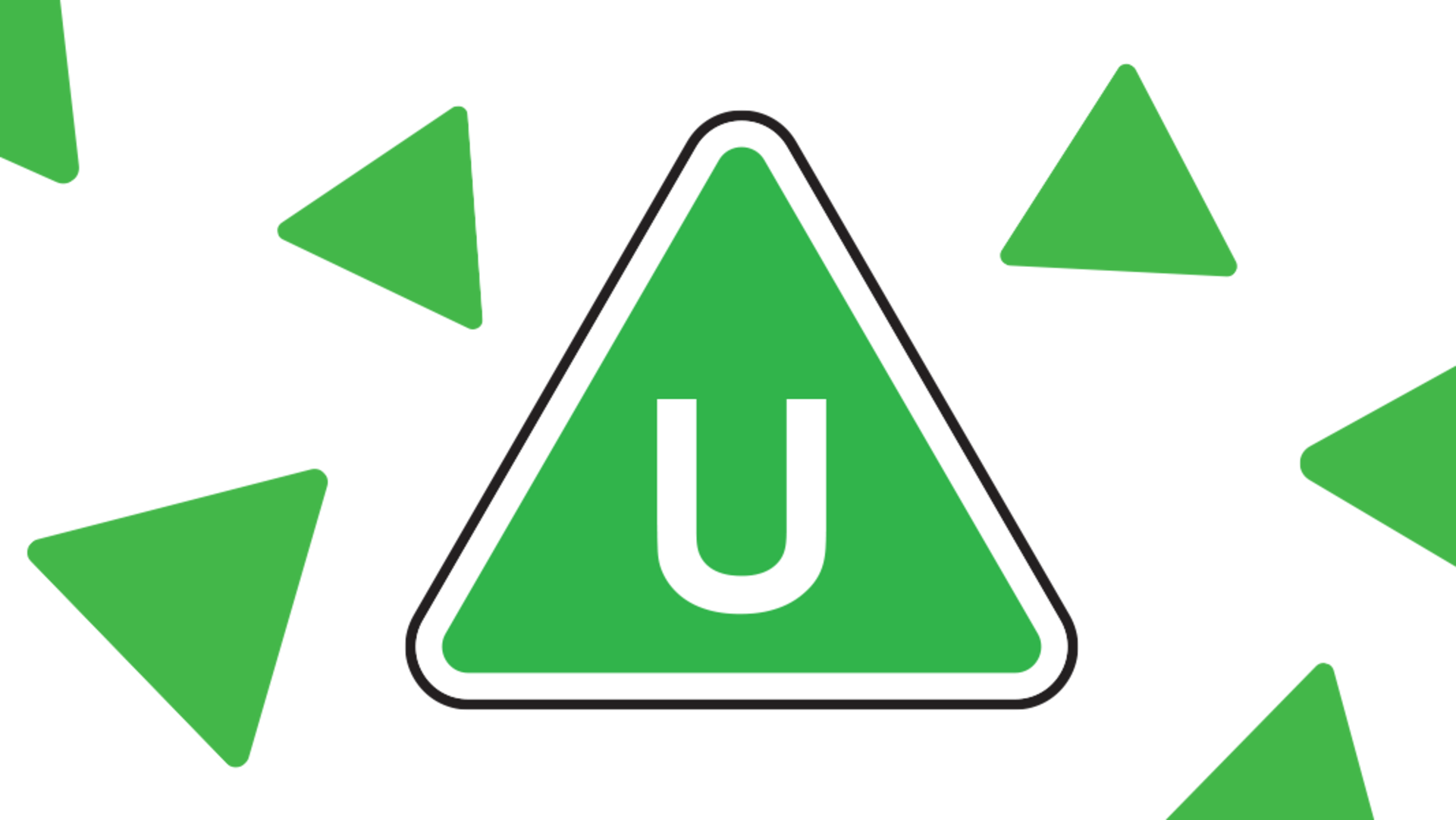 Contains no material likely to offend or harm

Mary Poppins is a 1964 musical adventure, based on the series of books by P.L. Travers, in which a magical nanny comes to work in a household where the children feel neglected by their parents.

George Banks is a no-nonsense banker who is the father of Jane and Michael. Whilst he starts out as an antagonist, with the help of Mary Poppins he learns the value of making time for his children. 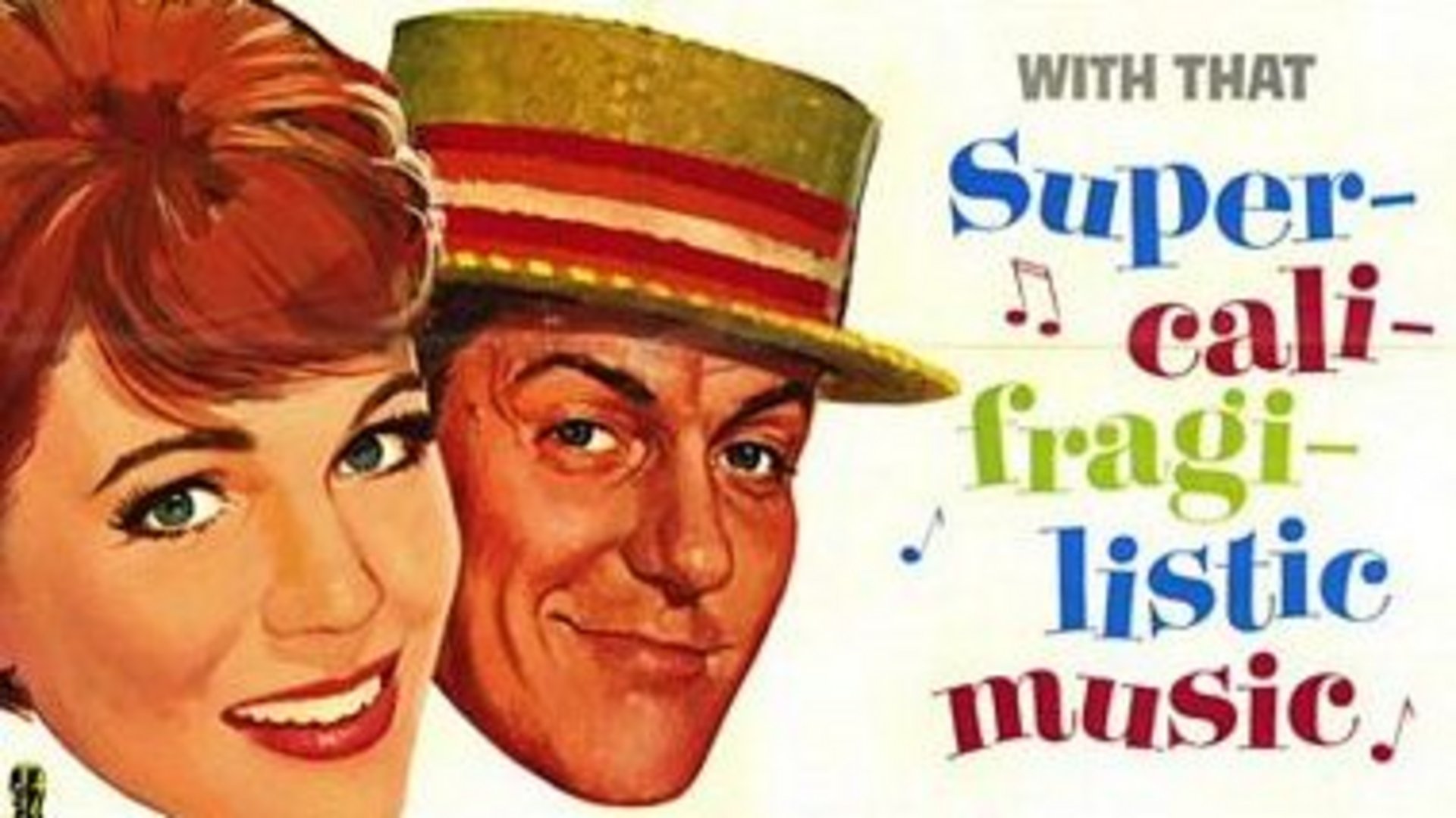 An elderly minor character uses the outdated discriminatory term, 'Hottentots', on a couple of occasions. The film is set in 1910 and the man thinks he is a naval commander in charge of a ship travelling the world. Although he uses the term to describe imagined enemies, it is not directed at any other character.

There are some scenes of very mild slapstick, for example as people bang their heads on fireplaces and ceilings.

The children are briefly scared by a beggar and a barking dog as they run through some dark alleys. However, they are quickly reassured by the appearance of a friend.

There is one brief reference to suicide as characters worry about someone who has gone missing. The man quickly turns up unharmed.

Finding Nemo is an animated children's drama following the journey of a young clown fish who is caught in a net and taken to live in an aquarium in Sydney before plotting his escape home.

After his son is captured in the Great Barrier Reef and taken to Sydney, timid clownfish Marlin sets out on a journey to find him and bring him home. 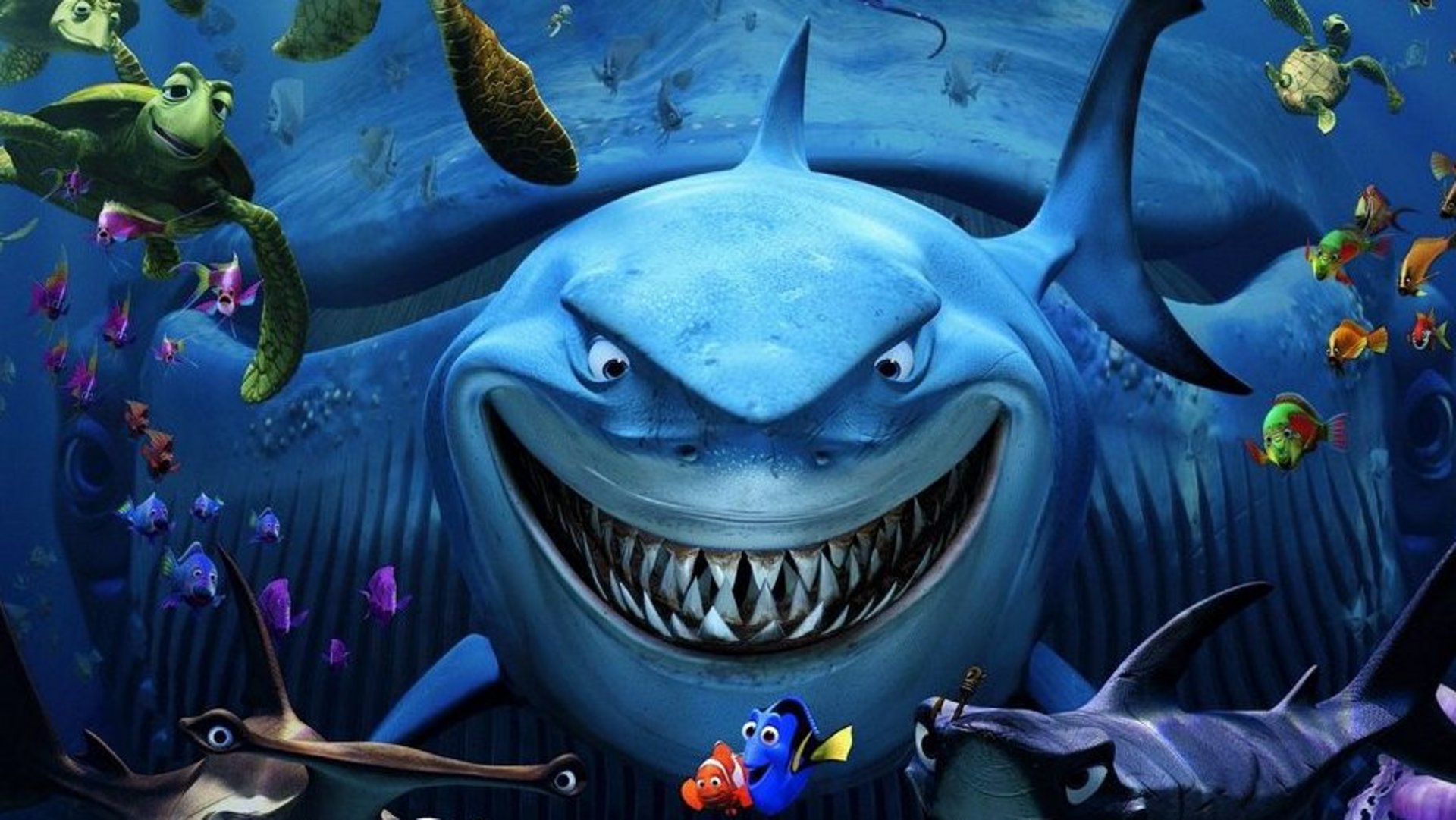 Scenes of mild threat include meeting a shark with lots of sharp teeth, encountering an angler fish who tries to eat a character, and getting lost in a swarm of jellyfish. One fish also finds himself in danger when he tries to escape from a rotating fan and from a large trawler fishing net.

There is very mild bad language ('butt'). There is also one implied, but unspoken, use of 'shit' when a fish in an aquarium says that they are 'swimming in our own...' and another fish tells him to 'Shhhh’.

There is also a sad scene near the beginning of the film when one character realises that all of his young family have been taken away by a shark. 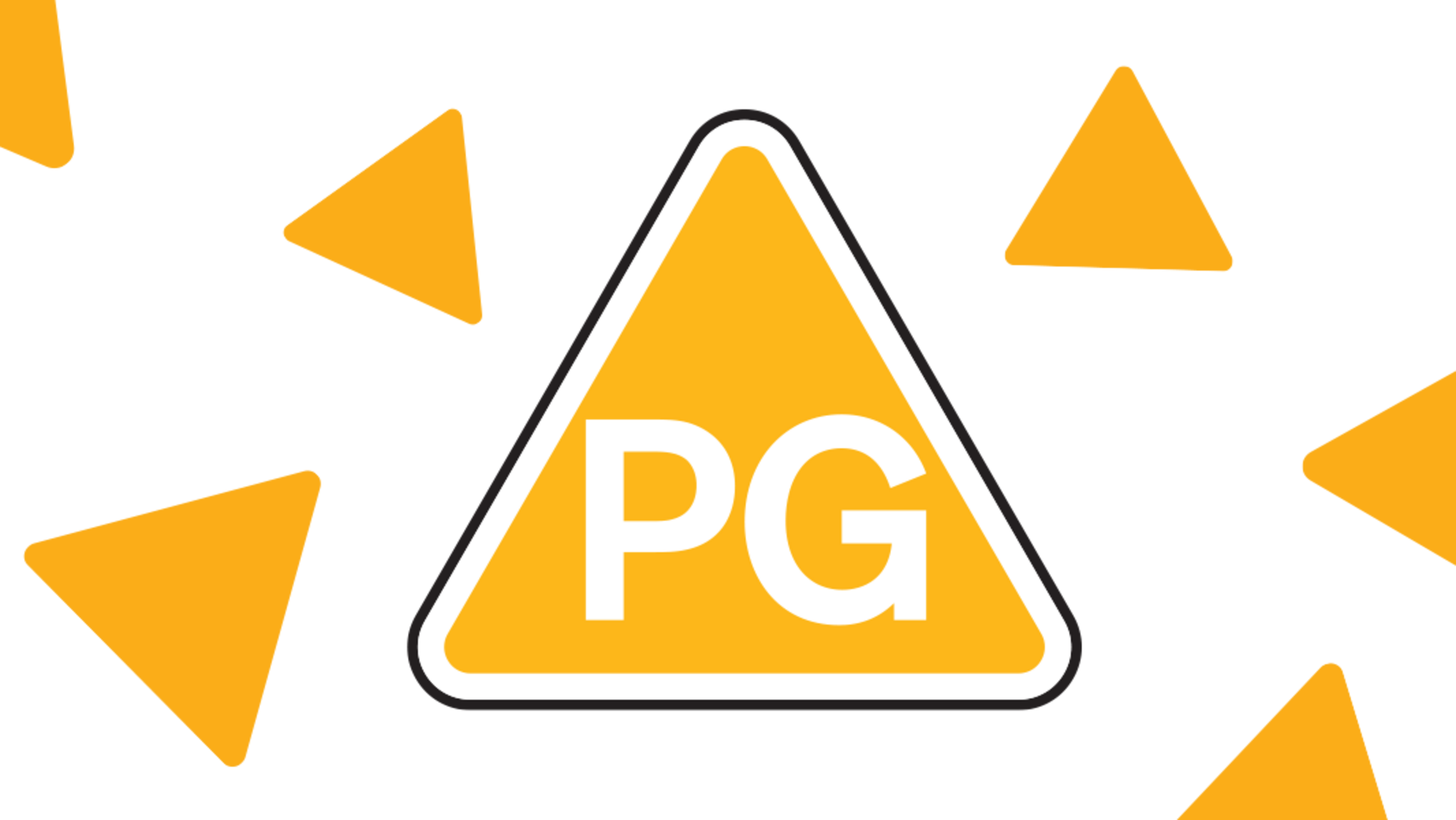 To Kill A Mockingbird

To Kill A Mockingbird is a 1962 adaptation of the Harper Lee novel, telling the story of a racially charged trial as seen through the eyes of the defence lawyer's children.

Atticus Finch is Scout and Jem’s father, who agrees to defend Tom Robinson, a black man who is charged with raping a white woman. He has a strong sense of morality, which he passes on to his two children.

Find out more about how we classified this film by listening to our podcast episode. 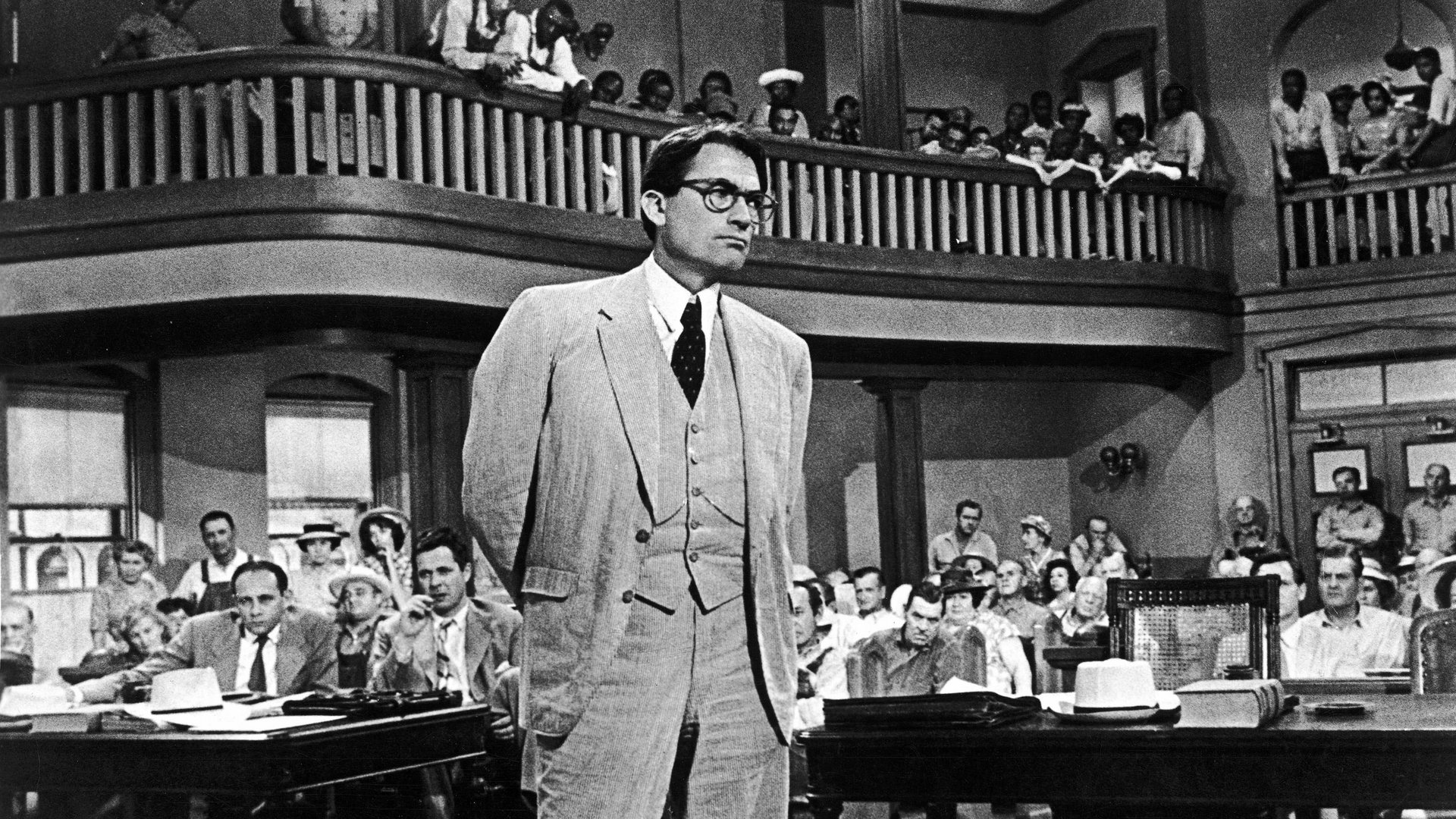 There is occasional use of the term 'n****r' by bigoted and unsympathetic characters in a historical context. Racist behaviour is clearly not condoned by the work.

A crowd threaten to lynch someone, but are deterred before violence is committed.

A man refers to a woman kissing and holding him.

There is a scene in which a young boy is attacked, but the violence is undetailed. There are undetailed references to rape and allusions to child abuse. 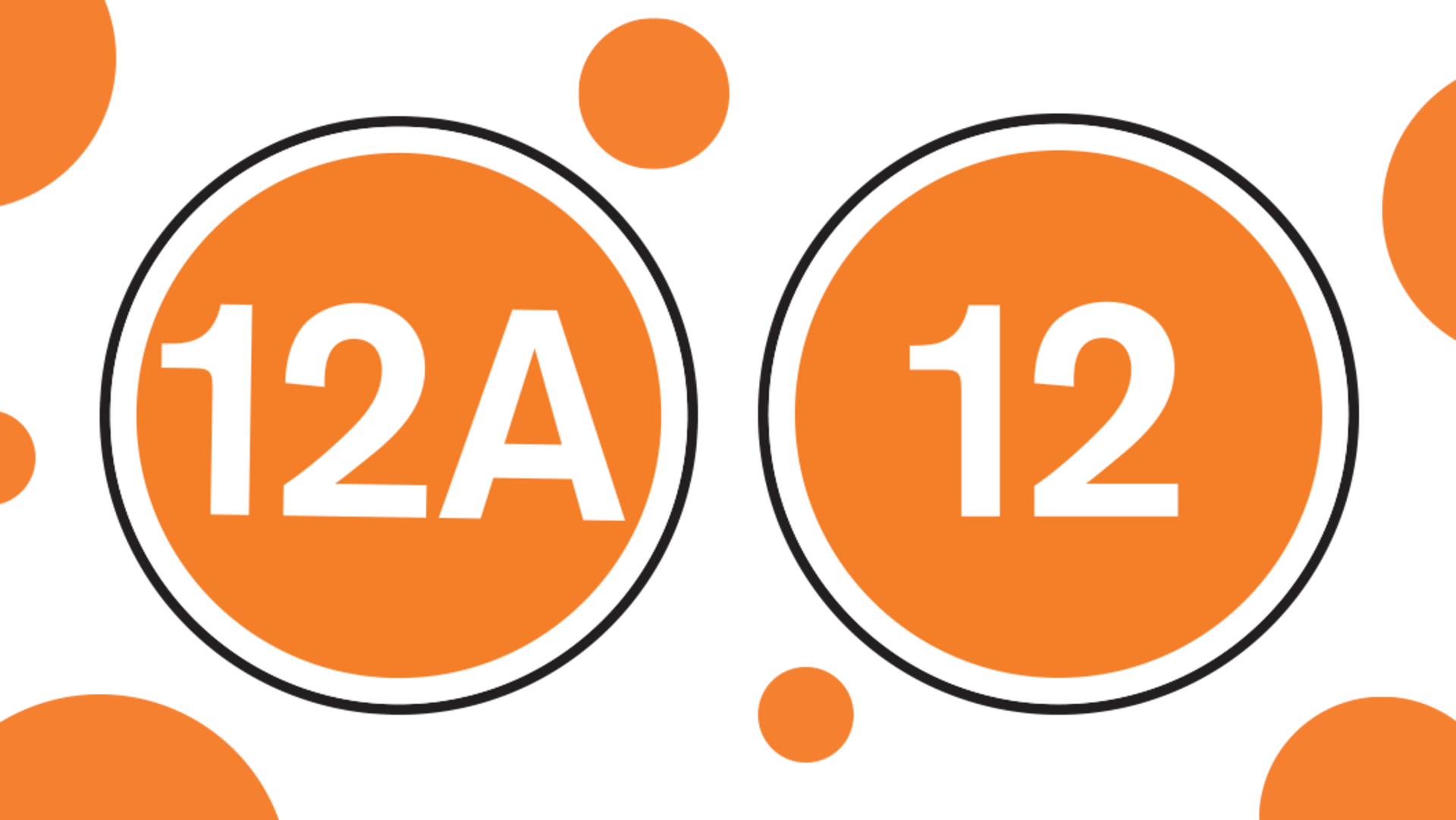 Spider-man: Homecoming is a superhero fantasy action adventure in which a high-schooler with superpowers attempts to prove himself worthy of a position on the 'Avengers' team by foiling an arms dealer.

In Homecoming, Tony Stark acts as a father figure to a young Spider-man. He provides him with all the tech he needs and offers him advice throughout the film. Whilst they argue at times, Tony makes his concern and appreciation for Peter Parker clear and helps him when he needs support. 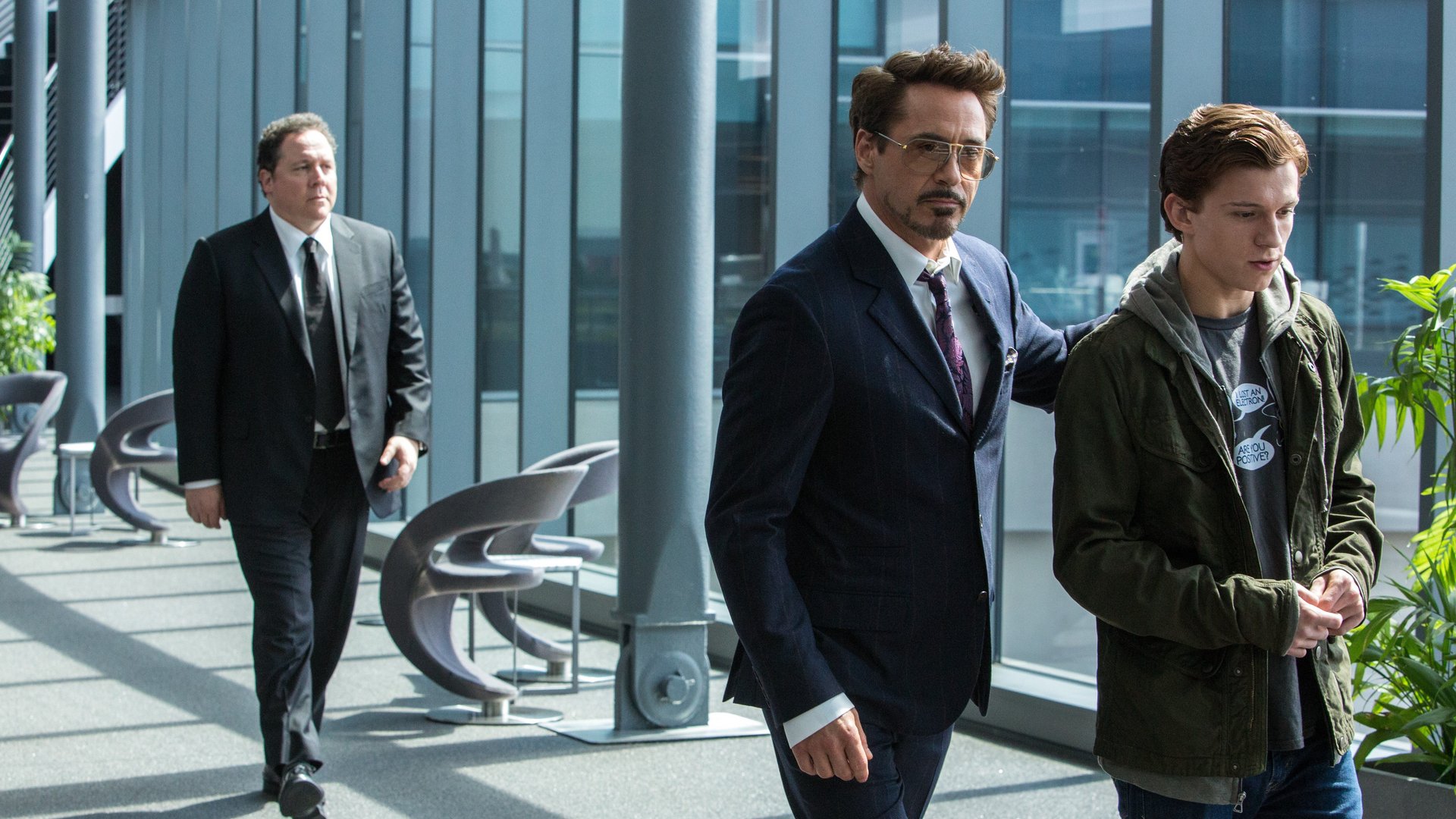 There are several fight scenes featuring crunchy blows. People are slammed into cars or walls, or blasted with energy guns. A superpowered character is struck with a bus but is not seriously hurt. There is barely any injury detail beyond a few small cuts and bruises on a superhero's face.

A group of teenagers is trapped in a lift at the top of a crumbling building. The lift falls but the teens are saved. In another scene Spider-Man struggles to prevent a passenger ferry from sinking after it is cut in two. We hear people screaming but no one is hurt.

A woman exclaims, 'What the f...?', but the scene ends before the word is completed. Another scene contains bleeped-out words that are implied to be bad language. Milder terms include 'bastard', 'asshole', 'shit', 'bullshit', 'frigging', 'ass', 'crap' and 'ballsy'. There is also infrequent use of the rude 'middle finger' gesture.

Mrs. Doubtfire is a US comedy in which an actor who is estranged from his family dresses as a female housekeeper in order to be near his children.

After losing a custody battle, Daniel Hillard goes the extra mile to spend time with his children, by dressing up as Scottish nanny Euphegenia Doubtfire.

Did you know that whilst the film was first classified 12, this version was withdrawn from cinemas and replaced by a cut PG version after 38 local authorities overruled the decision and granted the film a PG? Read more about the interesting classification of Mrs Doubtfire or listen to our podcast about it. 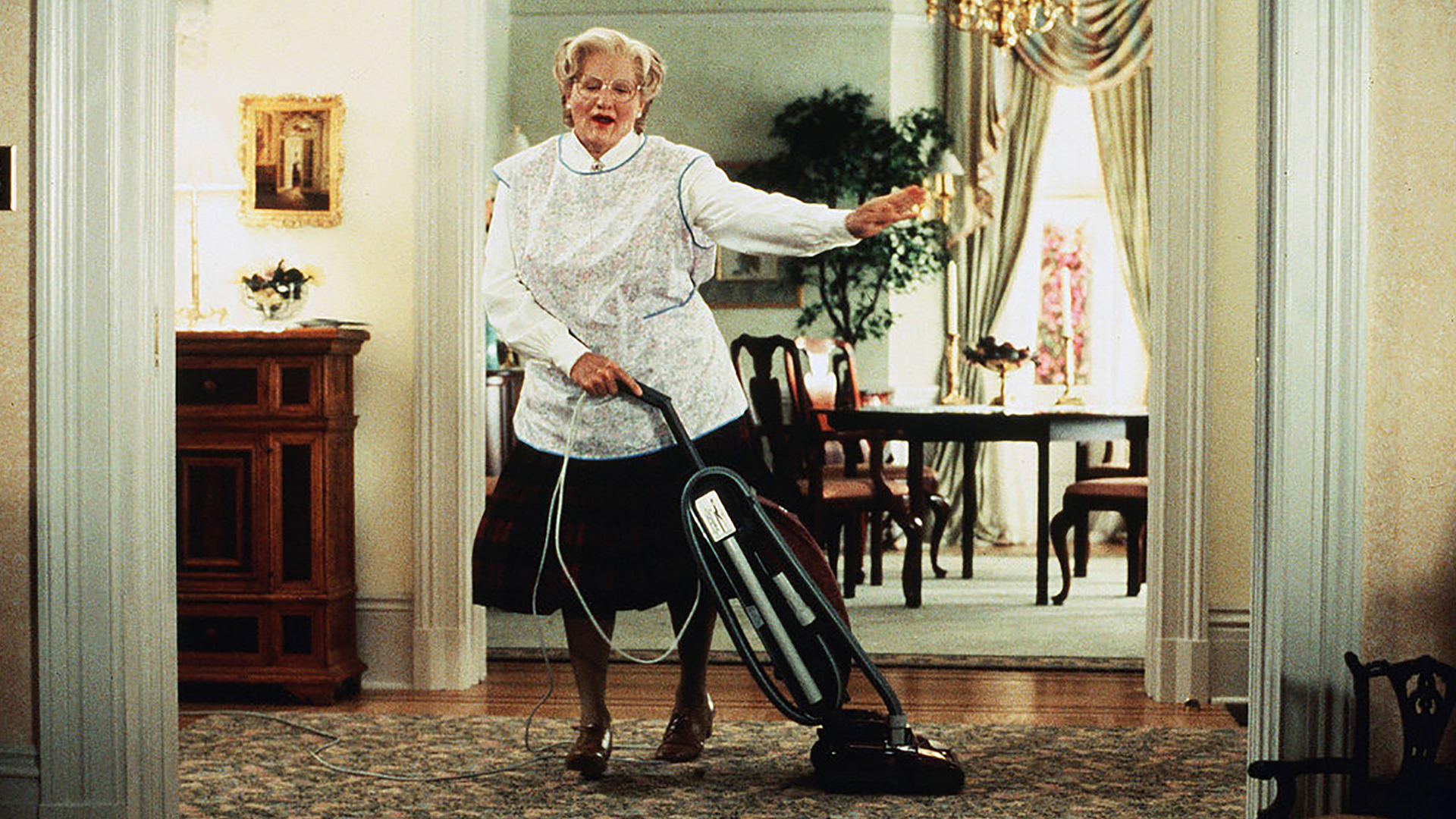 There is use of a middle finger gesture. Mild bad language includes uses of 'bitch', 'bloody', 'crap', 'piss', 'bastard', 'shit' and 'hell'.

There are some scenes of comic slapstick as a character's fake foam breasts catch fire while they're cooking and the Heimlich manoeuvre is tried on a man to comic excess.

The Fresh Prince of Bel-Air

A streetwise young man from Philadelphia is sent by his mother to live with his aunt, uncle and cousins in their Bel-Air mansion.

Uncle Phil acts as a father figure to Will throughout the series. He is often strict and sets rules for the family but he is a paternal and caring influence to all of the kids. 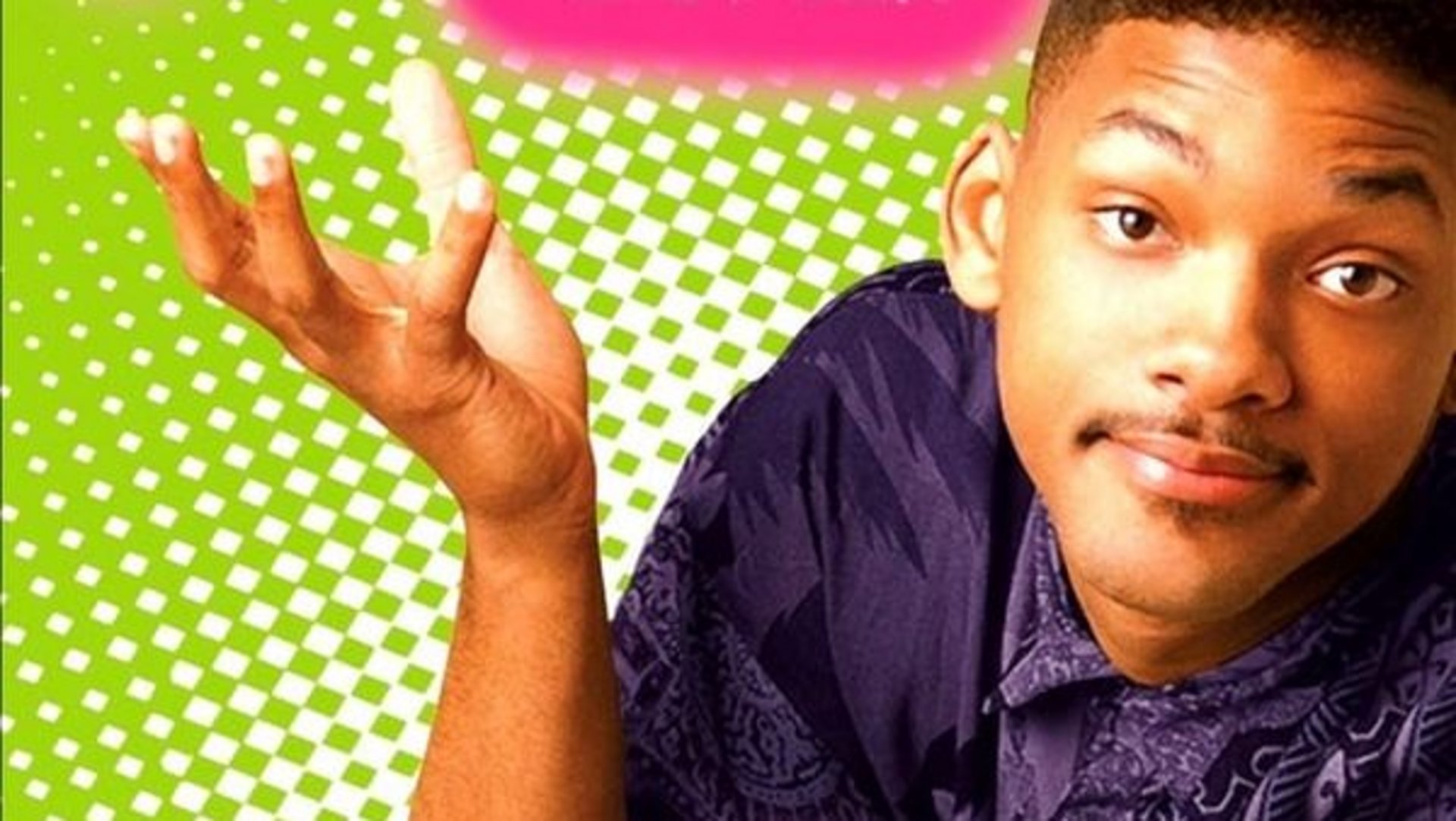 Juno is a comedy-drama about a street-wise 16-year-old girl who becomes pregnant and decides to give the baby up for adoption.

Juno's father Mac is a middle-aged man with quick, sarcastic wit and a blue-collar, no-nonsense attitude. Mac is warm and supportive towards his daughter throughout the film. 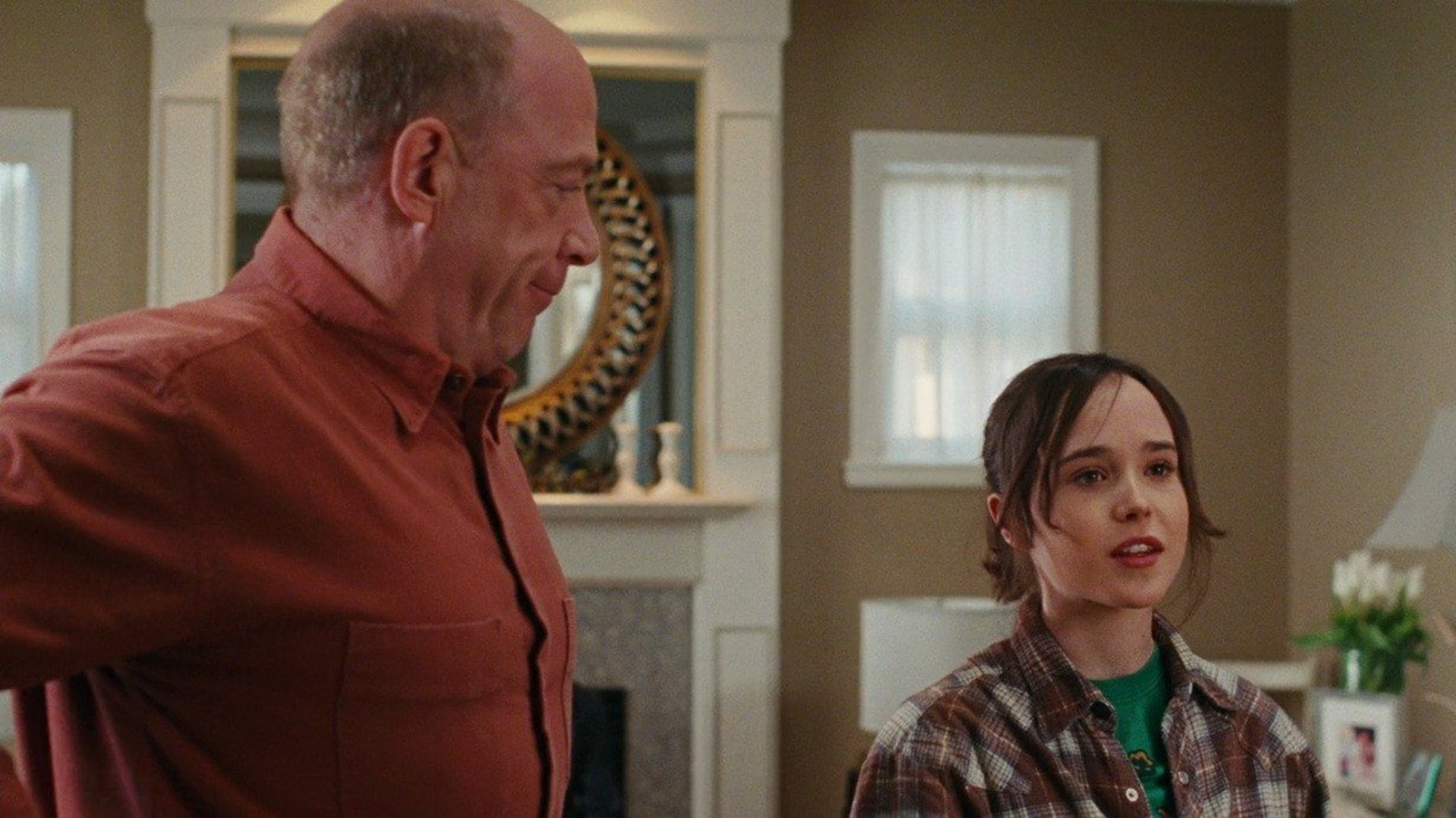 There are two non-aggressive uses of strong language (‘f**k’).

There is a scene in which underwear is seen falling to the floor implying two characters are about to have sex, although no sexual activity is shown. There are moderate sex references throughout.

There is a brief gory clip from a horror B-Movie as a woman's torso is drilled with an overly large screw; however, this is viewed by the characters on a small TV screen and is not clearly visible. 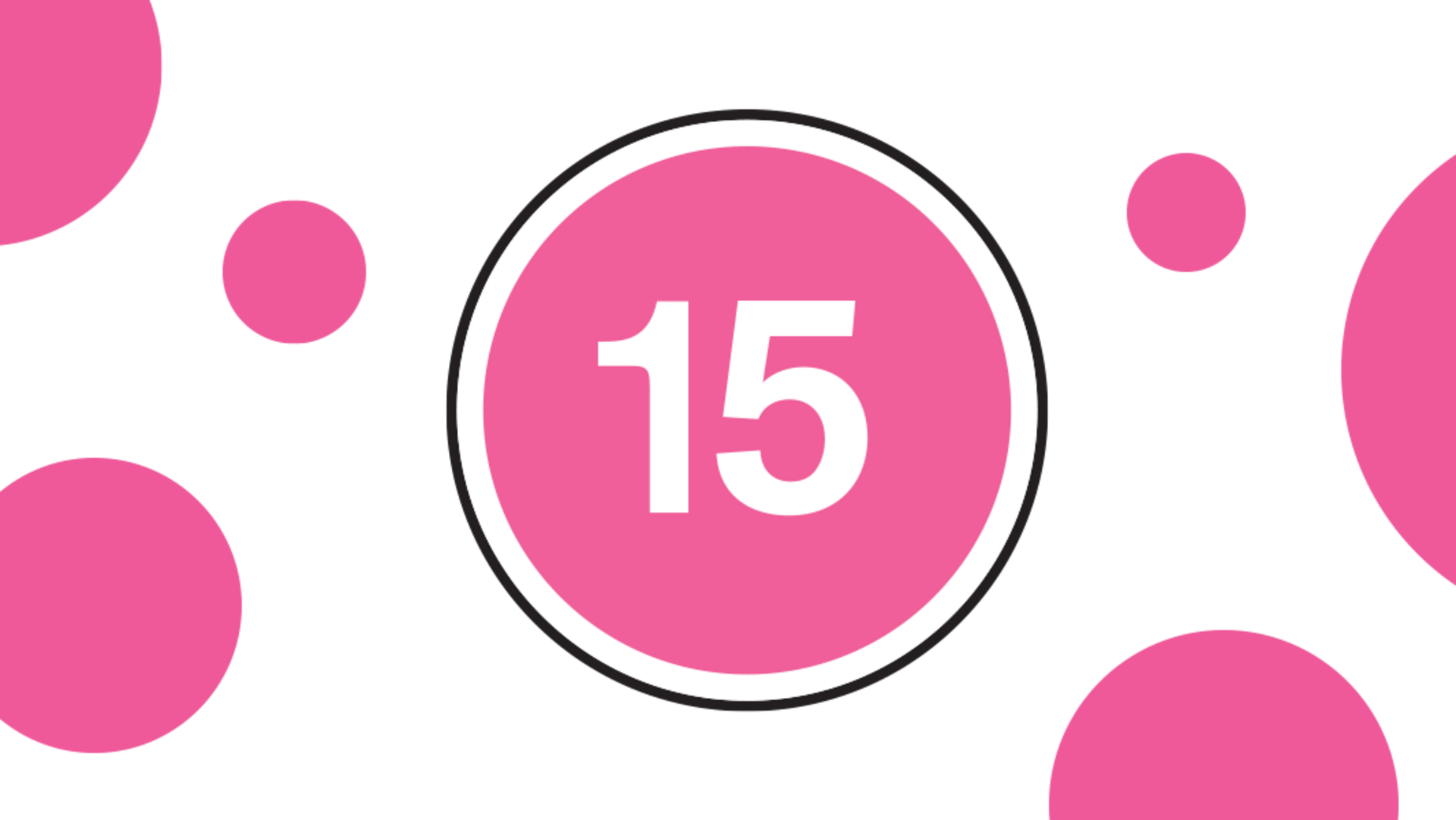 ​​​​​​​Easy A is a comedy in which a high-school student finds herself labelled as promiscuous after some gossip is overheard.

Olive and her dad Dill have a sweet relationship with lots of jokes and laughter. He supports her throughout the film and offers her helpful advice. 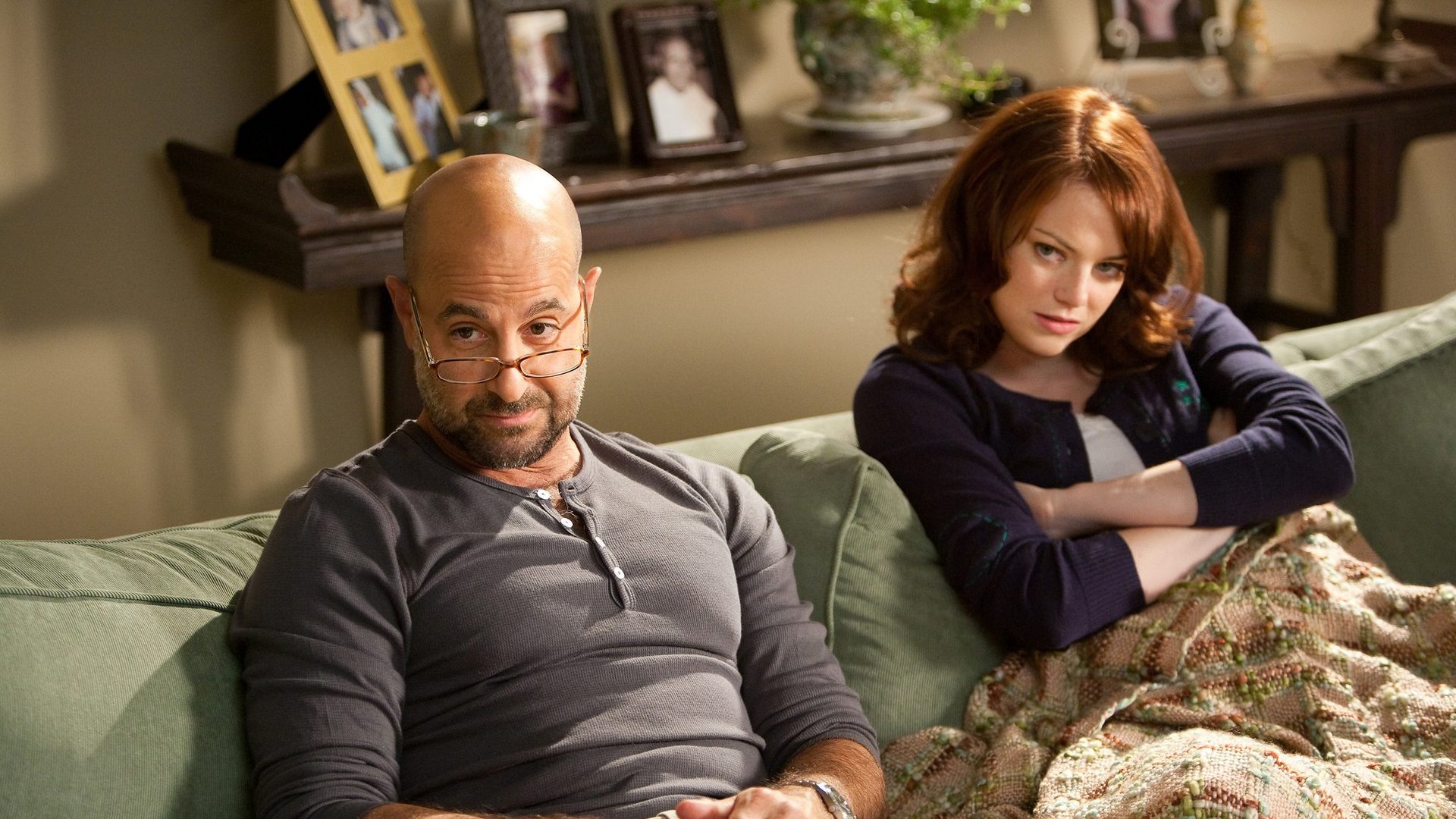 There is moderate bad language, including uses of 'skank', 'bitch', 'whore' and 'twat'. Occasional drug references include the protagonist being offered a marijuana bong by a friend's parent. However, she refuses and the work as a whole does not condone drug misuse.

The Godfather is a 1972 US drama about a New York crime family.

Vito puts his family before anyone else throughout this film, whether in business or his personal life. 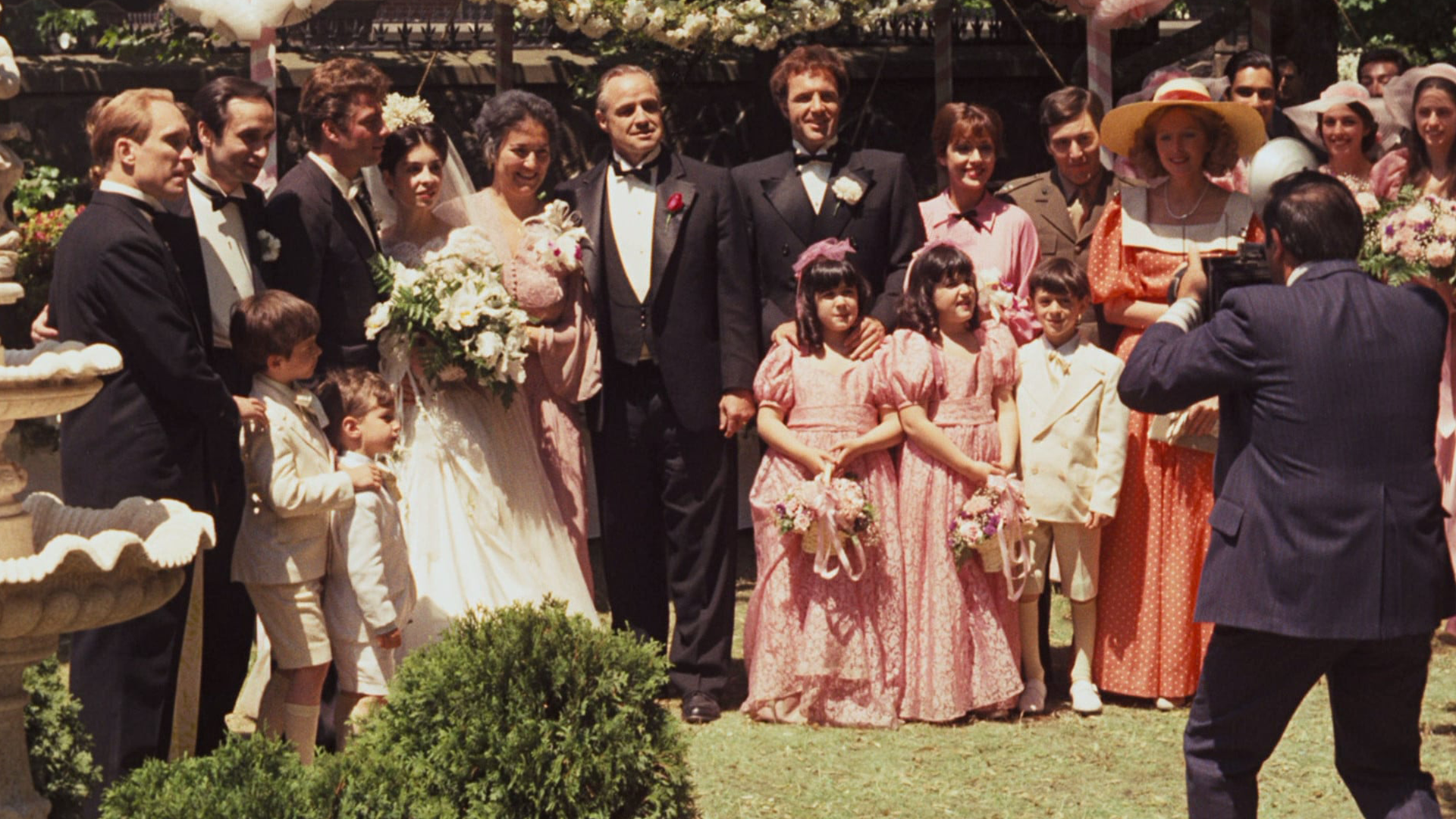 There are scenes in which men are shot. There is also a scene in which a hit man has his hand pinned to the counter of a bar whilst being throttled from behind with a ligature. In another scene, a man wakes up in bed, covered in blood, and with the severed head of his favourite horse in bed next to him.

There are some moderate sex and sex references, infrequent strong language (eg 'f**k'), and some racist language (eg 'nigger', 'wop' and 'guinea'). 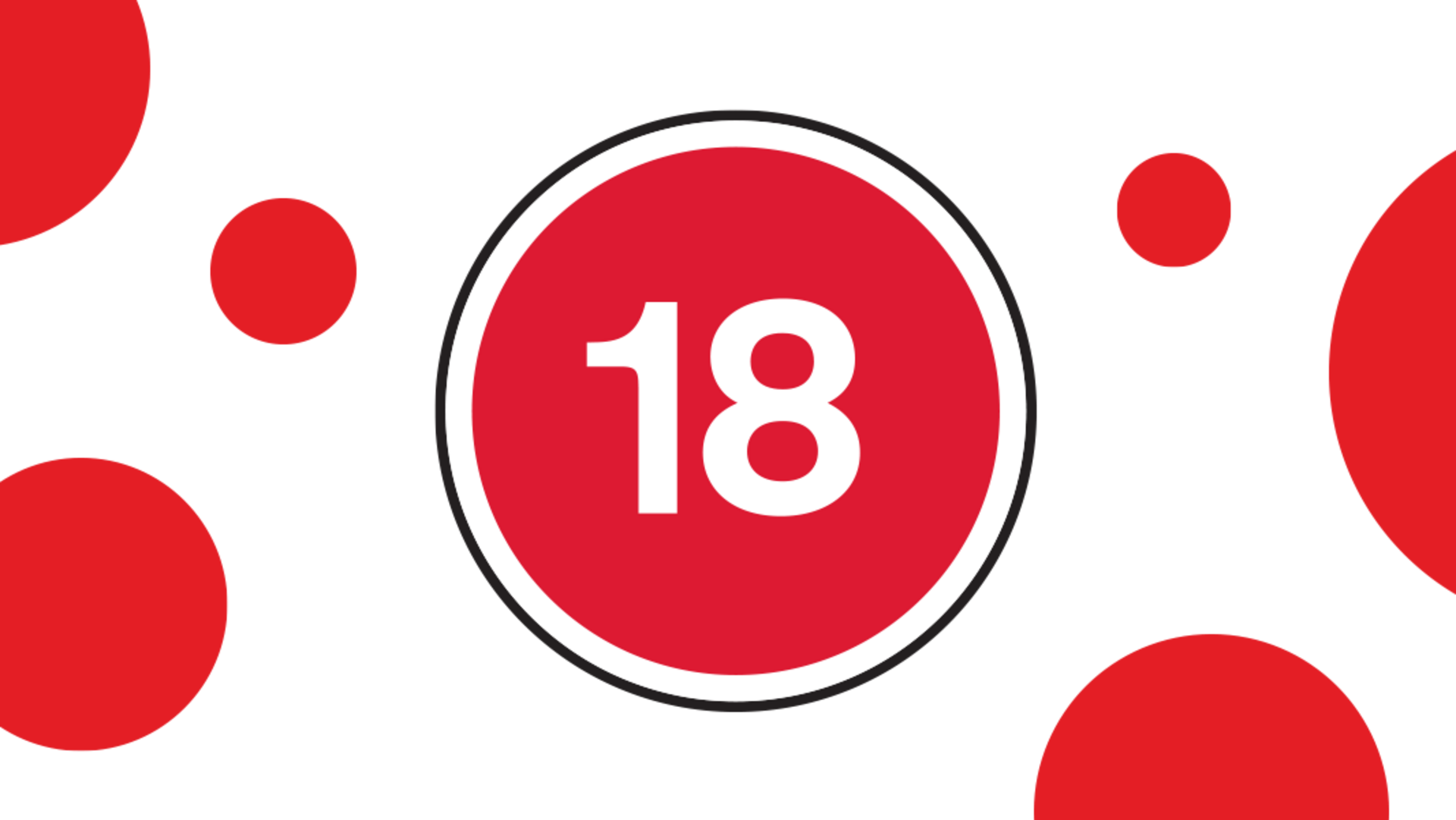 Taken is a thriller about a retired spy who must rescue his daughter and her friend from a sex-trafficking gang.

Bryan Mills sets the bar high in his relentless search for his daughter, as his rescue mission spans continents. 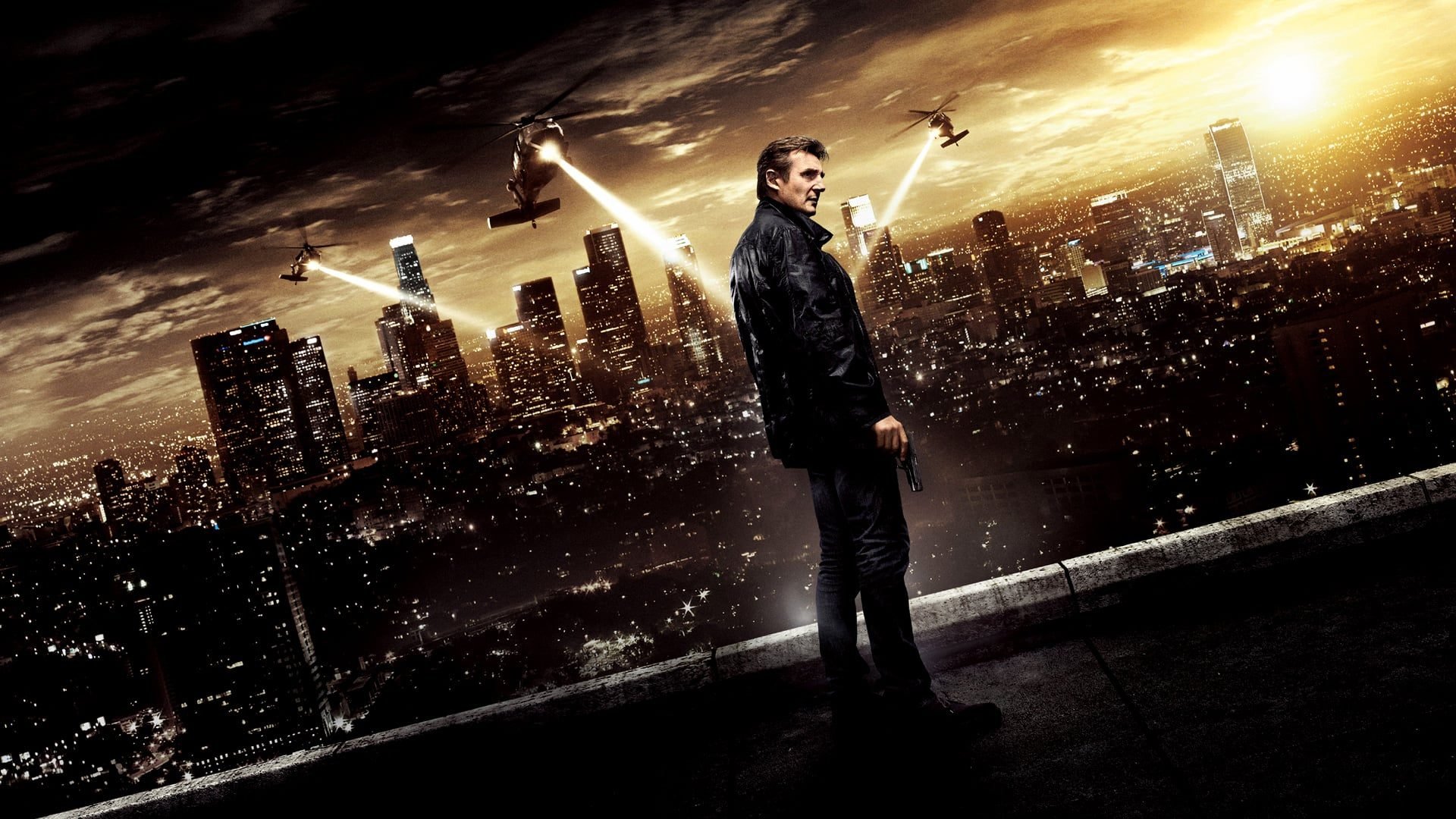 Besides a kidnapping scene where the terrified daughter is dragged screaming from under the bed where she is hiding, the film features several other scenes of strong violence - notably a cold-blooded shooting of a villain's innocent wife, a moment where the ex-spy is throttled in close-up leading to a heavy beating of a villain with a fire-extinguisher, and a fight where the ex-spy repeatedly plunges a broken bottle into the chest of a man who has slashed him with a curved knife.

The torture scene, which is longer and stronger than the same scene in the film release, involves the kidnapper being electrocuted several times by the ex-spy as he tries to force the man to reveal his daughter's whereabouts. The man is seen to judder, a spike driven is into his leg, and his face shows his agony. He is left screaming off-screen at the end of the scene when the ex-spy leaves him being electrocuted. This scene, in dwelling on the torture, exceeded the boundaries of the strong violence permitted by the '15' Guidelines which state that 'Violence may be strong but may not dwell on the infliction of pain or injury', and tipped the classification into '18'

Other scenes of gun and fight action occur throughout the film.

The violence elsewhere is tonally strong, but is largely conveyed by sound effects and implied action. For example, gunshots and blows rarely result in blood, the stabbing with the bottle is shown withour clear detail or sight of injury. Where detail of injury or the process of the violence is shown, it is brief and not dwelt upon.

The film also deals with the theme of young women being kidnapped, trafficked and sold into the sex industry. There are scenes of the ex-spy visiting a red-light district where he tries to glean information from a prostitute as she loses customers, a moment featuring drugged young women in the arms of men in a makeshift brothel, and a scene where women are sold to male bidders at an auction. The trade is depicted as cruel and seedy, and is not condoned or glamorised.

In addition, the film also contains a crunchy scene where a man is shown to be hit forcefully by a truck at a distance, and a muffled use of strong language.

Nine noble families fight for control over the lands of Westeros, while an ancient enemy returns after being dormant for millennia.

Ned Stark is the patriarch of the House of Stark, with an unwavering view of loyalty and honour to his family. 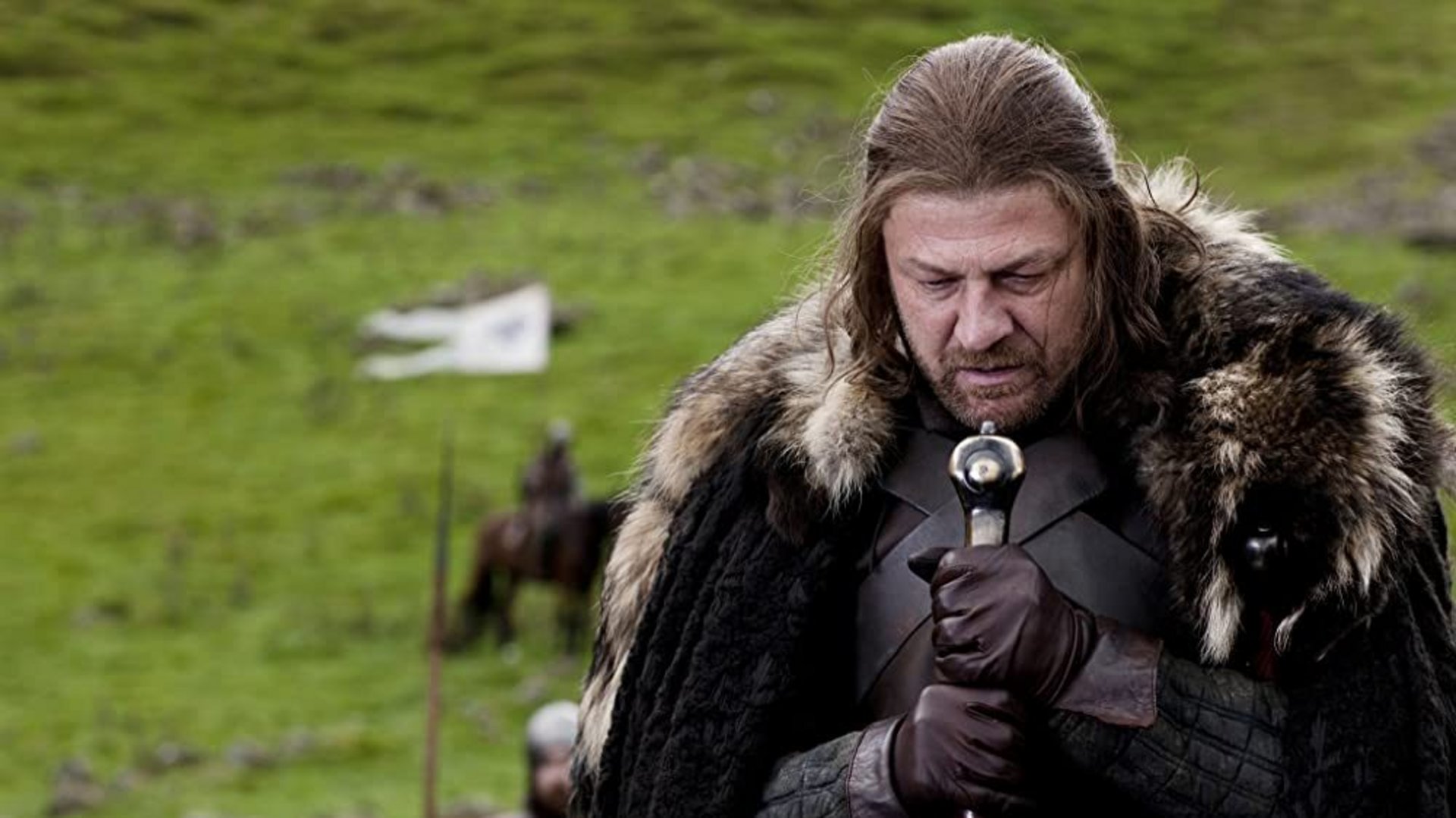 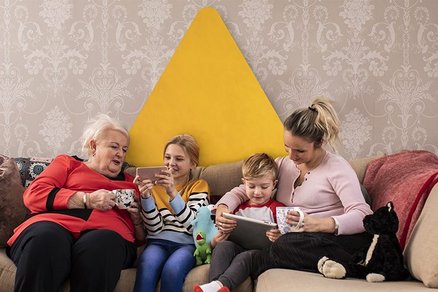 In this episode we're joined by the BBFC's Head of Education to discuss classifying films that contain parenting, childhood and responsibility themes, focusing on To Kill A Mockingbird (1962) (PG) and Wild Bill (2012) (15). 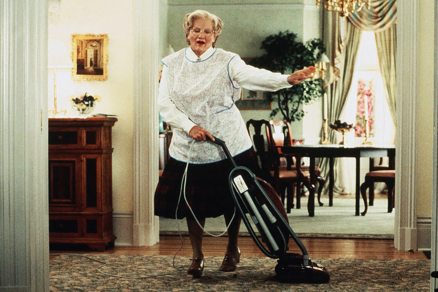 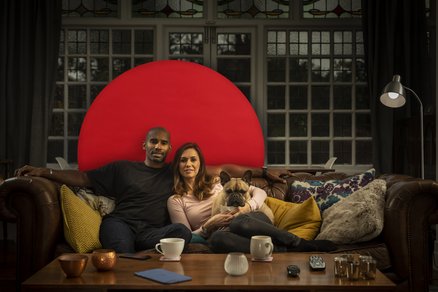 In this episode we discuss age rating episodes of the TV and DVD/Blu-ray series Game of Thrones, focusing on scenes of violence in three different episodes.