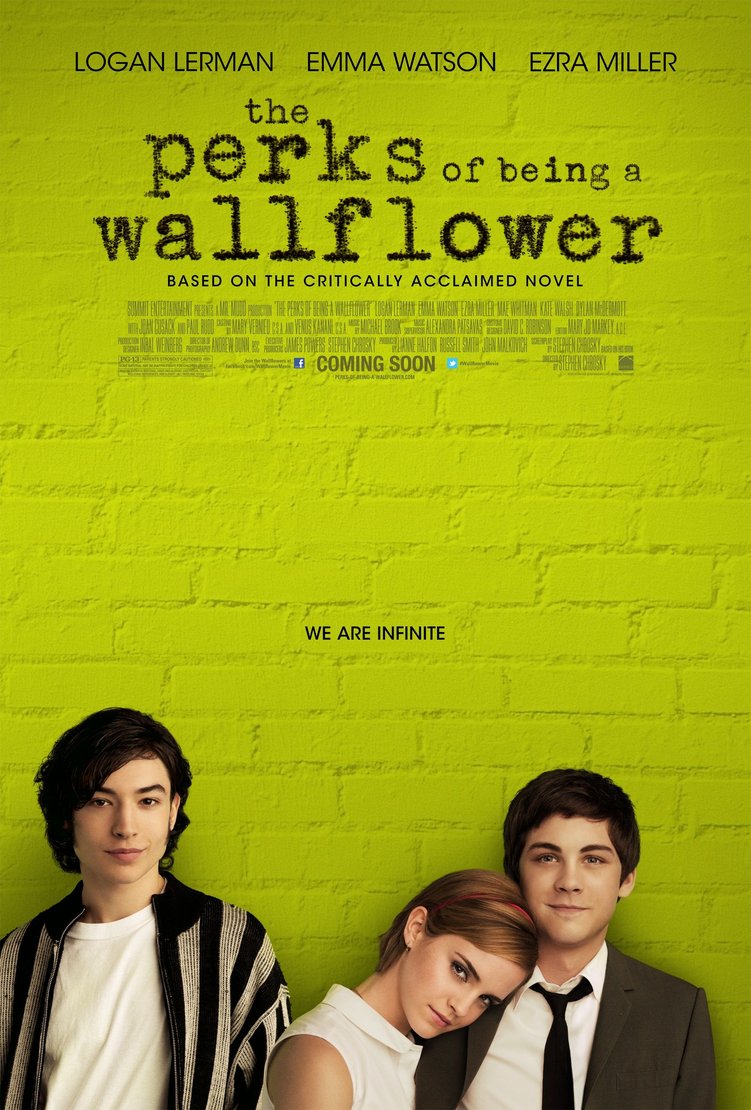 The Perks Of Being A Wallflower

Contains moderate sex references, drug use and one use of strong language

An introvert freshman is taken under the wings of two seniors who welcome him to the real world.

THE PERKS OF BEING A WALLFLOWER is a US drama in which an introverted freshman has difficulties settling in at his new school and making friends.

There are moderate sex references, including undetailed, comic and throwaway references to oral sex. In one scene, a character recounts a story about a couple who had to resort to using 'sandwich bags' in the absence of condoms. Another scene involves a teenage couple kissing and fumbling but there is no sight of nudity or actual sex.

There are two scenes in which illegal drugs are used. In the first, the central character is encouraged to eat a piece of cake which turns out to contain hash. When the drugs take effect, he begins to speak embarrassing nonsense, to the amusement of his friends. In the second scene, the same character places a tab of acid on his tongue. This causes a brief but disorientating and unpleasant 'trip' in which he experiences flashbacks to traumatic events, including the death of a person who was close to him. He subsequently passes out and wakes up in a hospital, being questioned by police.

There is a single use of such strong language ('f**k'), alongside milder terms including 'asshole', 'bitch', 'bullshit', 'dick', 'prick', 'pussy', 'shag', 'shit' and 'son of a bitch'. There is occasional use of discriminatory terms, such as 'gooks', 'fags' and 'spaz', but the film does not endorse the use of discriminatory language or behaviour.

The film suggests that one of the principal characters was sexually abused by an aunt when he was very young. However, any verbal references to this are discreet and oblique and the visual portrayal of the abuse is limited to a couple of flashback images of a hand on a leg.

There is a fight scene that takes place in the school canteen, containing some heavy punches but no clear detail of injury.