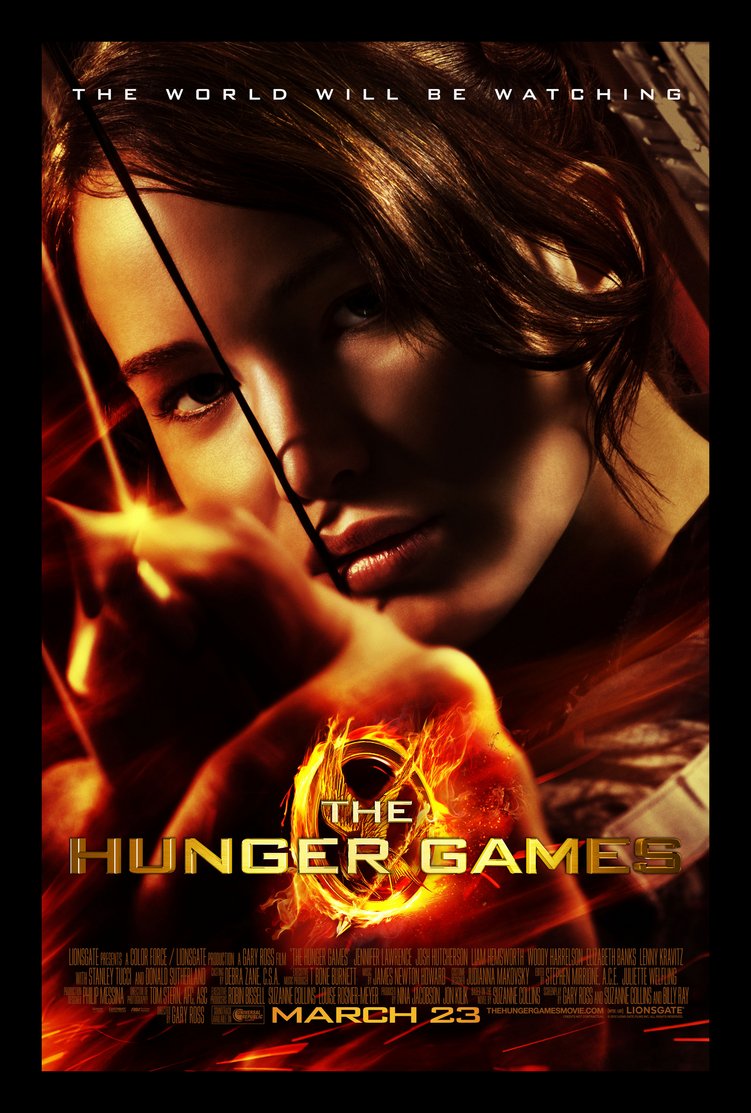 THE HUNGER GAMES is an adaptation of the first novel in the 'Hunger Games' trilogy by Suzanne Collins. The film is set in North America in the future where a totalitarian government requires an annual tribute from each section of the country. This tribute takes the form of a girl and boy who must compete in a televised 'hunger game' in which the participants are placed in a large outdoor environment that can be manipulated by the authorities. Only one competitor can survive and win the 'game', killing off their rivals if necessary, although it is also possible for competitors to die as a result of accidents or exposure. The film focusses on one participant in particular, Katniss Everdeen, who volunteers to be a tribute in place of her younger sister. The film was classified '12A' for intense threat, moderate violence and occasional gory moments.

The BBFC's Guidelines at '12A'/'12' state 'Moderate violence is allowed but should not dwell on detail. There should be no emphasis on injuries or blood, but occasional gory moments may be permitted if justified by the context'. Once the competition begins, there are a number of sequences in which the participants fight against one another and there is sight of competitors being killed and injured. When the film was seen for advice, in an incomplete version, the BBFC informed the company that certain sequences placed an emphasis on blood and injuries that was unlikely to be acceptable at '12A'. Accordingly, four scenes of violence and one scene showing injuries were reduced by cuts and by the darkening of certain shots. When the finished version of the film was submitted for formal classification, four further cuts were required to remove some remaining sight of blood and injuries that breached the terms of the '12A'/'12' Guidelines. The violence that remains in the classified version of the film is generally undetailed and there is no dwelling on detail. Much of the violence occurs offscreen and there is far less detail of violence than in the novel on which the film is based.

Inevitably given the narrative, there is a certain sense of threat hanging over the central characters from the start of the film. They know they will have to take part in an event that they may not survive. However, this underlying sense of threat is not realised until the second half of the film, in which the 'game' begins. Even when the 'game' commences, this sense of threat is broken up by other episodes and there is a strong emphasis placed on the ingenuity of the central character in hiding herself or working with other competitors in order to survive. The central character does not initiate violence and a clear distinction is made between the 'bad' characters who are prepared to use violence in order to win and the 'good' characters who avoid conflict. The sense of threat is further reduced by the developing relationship between Katniss and the other tribute from her sector, for whom she begins to develop feelings. We also see the development of a mutually supportive relationship between Katniss and another female competitor. The Guidelines at '12A'/'12' state 'Moderate physical and psychological threat may be permitted, provided disturbing sequences are not frequent or sustained'. The more threatening sequences are well broken up by other material and are not individually sustained. The BBFC had regard to the fact that the concept of gladiatorial contests is likely to be familiar to persons aged 12-14 and that the film is based upon a well known novel that is widely read by people in this age group. The story has some similarities to 'The Lord of the Flies', which also features violence between young people and which is taught in schools. The Guidelines at '12A'/'12' state 'Mature themes are acceptable but their treatment must be acceptable for young teenagers'. Although the concept of young people being forced to fight one another is a potentially disturbing one, the futuristic and fantastical nature of the setting distances the sense of threat from reality and young teenagers are likely to understand that the film, like the novel, is a critique of violence and a critique of media manipulation, with which they will be familiar from reality TV. The overall message of the film is a moral one and THE HUNGER GAMES is likely to provoke reflection about violence, exploitation and manipulation.

The film also features scenes in which characters practice with, and later use, a variety of weapons, including bladed weapons and bows and arrows. The Guidelines at '12A'/'12' state 'Easily accessible weapons should not be glamorised'. There is no glamorisation of weapons, which are generally used by the 'bad' characters rather than by the heroes. The futuristic and fantastical setting further distances the use of weapons in THE HUNGER GAMES from the use of weapons in a credible real world setting. In the version of the film seen for advice, there was a sequence in which a blade is sadistically held to a character's face. This shot has been removed from the classified version of the film.

In one scene, the participants are attacked by wasp-like creatures that inject powerful hallucinogens into their victims. This results in Katniss experiencing hallucinations, which are vividly depicted. However, there is no deliberate use of drugs in the film.

Parents can find additional information about the content of this film if they visit www.pbbfc.co.uk.

The company chose to make cuts in order to achieve a '12A' classification. A number of cuts were made in one scene to reduce an emphasis on blood and injury. These cuts, which were implemented by digitally removing sight of blood splashes and sight of blood on wounds and weapons, were made in accordance with BBFC Guidelines and policy. An uncut '15' classification was available. These cuts were made in addition to reductions already made following an earlier 'advice' viewing of an incomplete version (see 'Remarks' below).