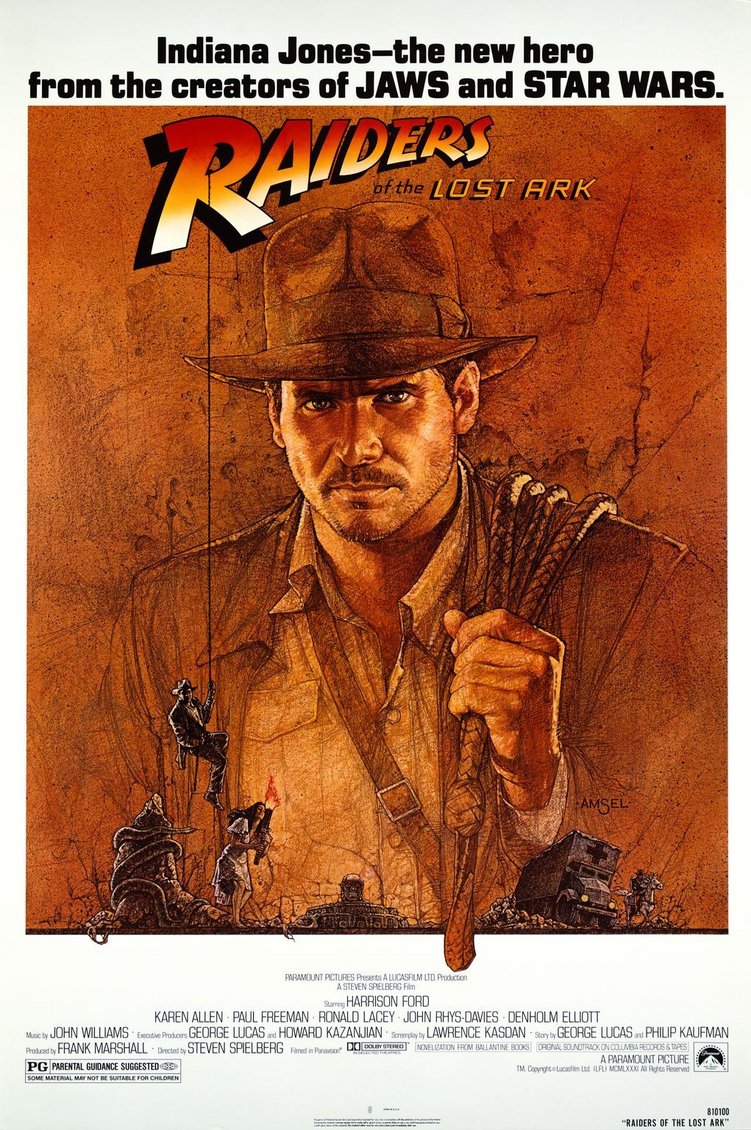 Raiders Of The Lost Ark

In 1936, archaeologist and adventurer Indiana Jones is hired by the U.S. government to find the Ark of the Covenant before Adolf Hitler's Nazis can obtain its awesome powers.

RAIDERS OF THE LOST ARK is a fantasy adventure about an archaeologist and adventurer who embarks on a quest to find the Ark of the Covenant before the Nazis can harness its power.

There are frequent scenes of moderate violence, including fistfights, gunfights, and chases. There is occasional sight of blood, including a sequence in which it is implied that a man is struck by an aeroplane propeller, and a scene in which a man has been impaled on a wall by an archaic booby trap.

In one scene, ghosts appear and fly among the assembled crowd of people before a mystical power erupts, killing the onlookers and causing some characters' faces to melt. There is CU detail as the flesh, eyes and muscle on their faces liquifies and runs off to reveal their skull underneath.

Occasional scenes of threat include a hot poker being held close to a woman's face as part of an interrogation.