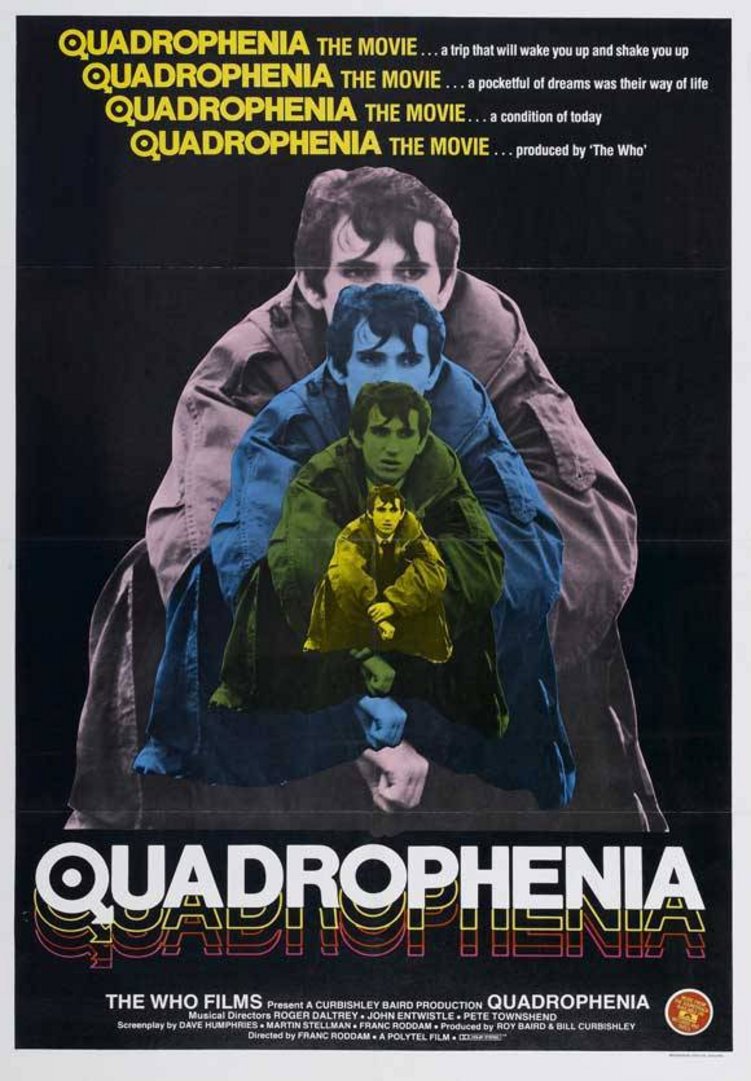 Jimmy loathes his job and parents. He seeks solace with his mod clique, scooter riding and drugs, only to be disappointed.

QUADROPHENIA is a 1979 British film, loosely based on the rock opera by The Who.

Occasional use of very strong language ('c**t') and frequent use of strong language ('f**k'). There is also use of discriminatory language, although the work as a whole does not condone or endorse such behaviour.

There is sight of pills being taken, as well as discussion of drug use. Drugs are seen being bought and stolen.