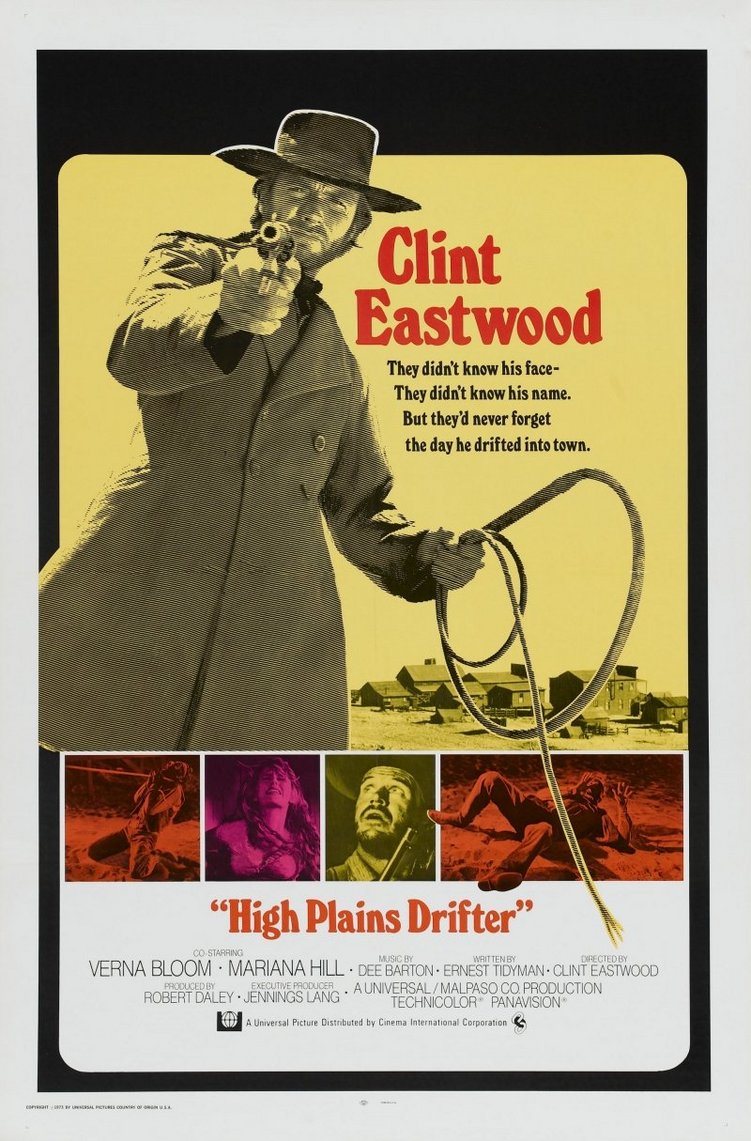 A gun fighting stranger comes to the small settlement of Lago and is hired to bring the townsfolk together in an attempt to hold off three outlaws who are on their way.

HIGH PLAINS DRIFTER is a mystery Western in which a stranger is hired to protect a group of townsfolk from three outlaws.

There are shootings which result in bloody injury detail. In one scene, a man is whipped to death with sight of blood on his face and body.

There is a rape scene, without strong detail. In another scene, a man attempts to rape a woman and drags her into bed, but he collapses.

There is use of mild bad language.