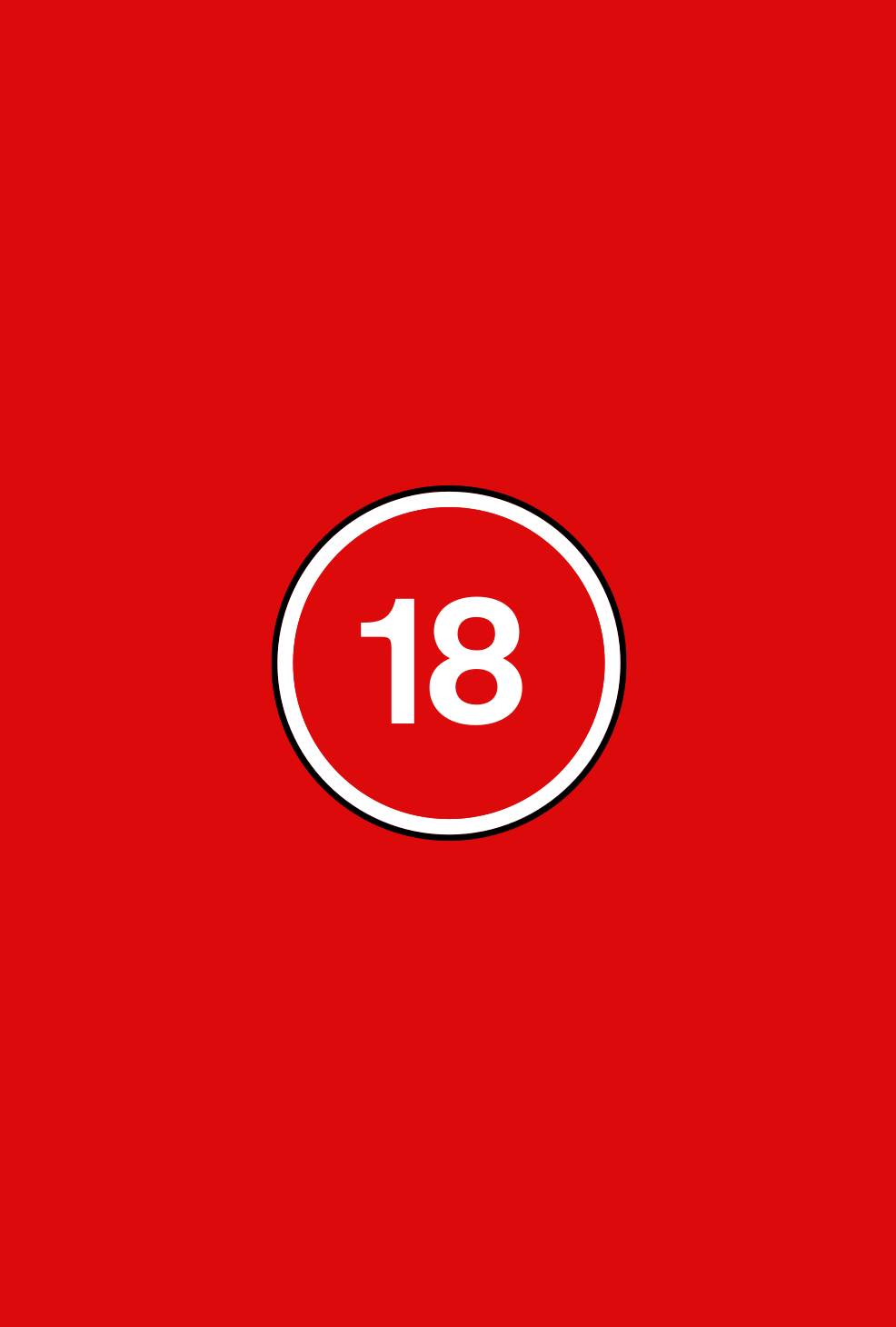 CANNIBAL HOLOCAUST is a 1980 Italian horror film. It tells the story of a group of documentary film makers who go missing in the rain-forests of South America. An anthropologist who goes in search of the film makers finds cans containing their undeveloped footage. When the processed footage is viewed, back in New York City, it reveals their fate. The film was classified '18' for strong sex, sexual violence, bloody violence and animal slaughter.

CANNIBAL HOLOCAUST was first submitted to the BBFC in 2001, for DVD release. In 2001, cuts were required in eight scenes - four scenes involving sexual violence and four scenes involving the unsimulated killing of animals. In total, 5 minute 44 seconds of material was deleted. On this occasion, the uncut version of the film was submitted to the BBFC for an 'advice' viewing, prior to a formal submission. The distributor was informed that only one cut would now be required, to remove a scene of unsimulated animal cruelty (the killing of a small mammal with a knife), but that all other previous cuts made in 2001 could be waived. The distributor subsequently chose to submit the uncut version of the film for formal classification and a single cut was required in accordance with the earlier advice.

The BBFC's Guidelines at '15' state 'Sexual activity may be portrayed without strong detail'. The film contains scenes of strong sexual activity, including a sequence in which two of the documentary film makers have sex with one another in front of a group of native people. The scene is quite protracted, featuring full nudity and thrusting. The level of detail in the scene and the focus on nudity requires an '18' classification.

The Guidelines at '15' state 'Violence may be strong but should not dwell on the infliction of pain or injury. The strongest gory images are unlikely to be acceptable. Strong sadistic or sexualised violence is also unlikely to be acceptable'. The Guidelines also state that 'Strong threat and menace are permitted unless sadistic or sexualised'. CANNIBAL HOLOCAUST contains a number of scenes of strong violence, gore, threat, and menace. There is often a dwelling on the infliction of pain and injury and the strongest gory images, as well as a sadistic and sexualised quality to some of the threat and violence. There are a number of scenes in which cannibalism is implied, including sight of apparently human remains being eaten by cannibals. There are also a number of scenes in which cannibal tribes fight against one another, including sight of a woman being cut open, and depictions of the type of punishments that are supposedly common in the rain-forest, including sight of a young woman's corpse impaled on a stake. The stake appears to have entered the young woman's vagina (although no clear detail of penetration is visible), exiting through her mouth. The film also contains a potentially upsetting scene in which a pregnant native woman is beaten, causing her to lose her baby. The resulting child (which is clearly unreal) is then taken away to be buried in river mud. In addition, there are scenes of executions and other violence, taken from real documentary footage, which are presented as an earlier effort by the documentary film crew. This includes sight of real people tied to stakes, being executed by a firing squad, and sight of war casualties. CANNIBAL HOLOCAUST also contains less detailed sight of shootings and some sight of mutilation, in a primitive surgical context, including a bloody amputation of a foot after a man is bitten by a snake. The film also contains a scene showing one of the film makers being castrated by the cannibals he has provoked, after which his body is hacked up and disemboweled.

The Guidelines at '15' further state 'There may be detailed verbal references to sexual violence but any portrayal of sexual violence must be discreet and have a strong contextual justification'. CANNIBAL HOLOCAUST contains a number of scenes of sexual and sexualised violence that are insufficiently discreet for a '15' classification and which received varying levels of cuts when the film was previously submitted in 2001. In one scene, we see a native woman receiving a 'ritual punishment for adultery', which involves her being dragged out of a boat, being tied up, and then being violently assaulted with a spiked wooden dildo and a ball of mud containing spikes. Although the scene is shocking and some blood is seen, the emphasis is on the disturbing nature of what is happening, rather than on any erotic detail. The moments of nudity, which are generally shown in longer shot, are well broken up by facial shots of the woman and her attacker, as well as by reaction shots from the disgusted anthropologist and his team who are watching from behind a bush. In another scene, we briefly see a native woman being attacked by a member of another tribe. However, no detail is visible beyond some undetailed thrusting. Later in the film, we witness the documentary film makers raping a native woman. However, the woman in question is covered in mud and very little detail of nudity is visible in what is actually quite a chaotic scene. The scene is shot using a hand-held camera, with the woman moving in and out of view behind the thrusting buttocks of the film makers. The emphasis is firmly on the sadism of the film makers, rather than on any erotic detail, with cutaways to the female film maker protesting about what is being done. Finally, there is a scene in which the female member of the film crew is sexually assaulted and then killed by the cannibals, in retribution for the violence she and her crew have meted out against the native people. As with the previous scene, the manner of filming is chaotic, with hand-held camera-work and the action often moving in and out of focus behind other characters and the surrounding vegetation. The Guidelines state 'Content which might endorse or eroticise sexual violence may require cuts at any classification level'. Although cuts were required to all four scenes of sexual violence in 2001, the BBFC's conclusion today is that the limited detail of nudity, and the frequent intercutting of the scenes with other material, renders the scenes horrific and aversive rather than erotic or likely to eroticise or endorse sexual violence in the real world.

The BBFC's Guidelines state 'It is illegal to show any scene ‘organised or directed’ for the purposes of the film that involves actual cruelty to animals. This Act applies to the exhibition of films in public cinemas but the BBFC also applies the same test to video works'. In 2001, the BBFC permitted two scenes of unsimulated animal killing in CANNIBAL HOLOCAUST, namely the decapitation of a snake and the stamping to death of a tarantula. In the case of the snake, the killing was permitted because the decapitation of the snake was instant and therefore comprised a quick clean kill, which is not inherently cruel in terms of BBFC policy. In the case of the tarantula, the killing was permitted because spiders are invertebrates and are therefore not covered by the relevant legislation, nor by BBFC Guidelines or policy. However, cuts were required to four other sequences in which animals were actually killed, namely a small mammal, a turtle, a monkey and a pig. On this occasion, the BBFC concluded that the killing of the small mammal, previously cut in 2001, was still in breach of BBFC Guidelines and policy. In the scene in question, a small mammal (described as a 'muskrat' in the film) is killed using a knife. The animal is repeatedly cut with the knife, resulting in blood loss, and squeals in evident pain and terror. This protracted killing is a clear breach of BBFC Guidelines and policy in relation to the cruel infliction of pain and terror on an animal and in terms of the cruel goading of an animal to fury. The company was advised at the 'advice' stage that this scene would need to be removed and it has now been cut from this formal submission. However, careful examination of the other three scenes of animal killing revealed that, in each case, the animal in question is killed quickly and cleanly. The turtle's neck is completely and instantly severed, with a rapid blow from a machete; the monkey is killed by the first of two rapid blows from a machete, resulting in its head being cut in two; the pig is killed by a gun shot to the head at close range, resulting in instant death. Although, in the case of the turtle and the pig, there is some sight of the animals' bodies (or body parts) twitching, this is evidently a post mortem nervous reaction, akin to a headless chicken running around a farmyard. Although the BBFC recognises that these scenes of animal slaughter may be upsetting or offensive to some viewers, it is clear that the scenes in question depict animals being killed in a quick and clean fashion that is acceptable under BBFC Guidelines and policy and the Cinematograph Films (Animals) Act 1937, on which that policy is based. The 2001 decision to cut these scenes was primarily the result of the disgusting and exploitative nature of the sequences, as well as the history of the film as a DPP-listed 'video nasty', rather than the result of a strict application of BBFC policy. In spite of any ethical concerns viewers might have about the killing of real animals for film making purposes, removing these sequences would be inconsistent with the BBFC's decisions to permit quick clean kills in several other films, such as APOCALYPSE NOW. The Guidelines at '18' state 'In line with the consistent findings of the BBFC’s public consultations and The Human Rights Act 1998, at ‘18’ the BBFC’s guideline concerns will not normally override the principle that adults should be free to choose their own entertainment. Exceptions are most likely in the following areas ... where material or treatment appears to the BBFC to risk harm to individuals or, through their behaviour, to society – for example, any detailed portrayal of violent or dangerous acts, or of illegal drug use, which may cause harm to public health or morals'. It is clear that these scenes are not illegal and are not likely to be harmful to adult viewers. Indeed, the most likely reaction is disgust and revulsion.

CANNIBAL HOLOCAUST also contains some sight of hard drug use (cocaine), strong language, strong verbal sex references, and full frontal male and female nudity. The film also adopts a position towards the 'natives' of the rain-forest that might be regarded as racist. However, although potentially offensive, the film does not incite racial hatred or specifically endorse racist views, not least because the Western characters in the film are so repugnant in both their attitudes and behaviour.

Company was required to remove a scene of unsimulated animal cruelty (in this case, a small mammal being killed with a knife), in accordance with BBFC Guidelines and policy.