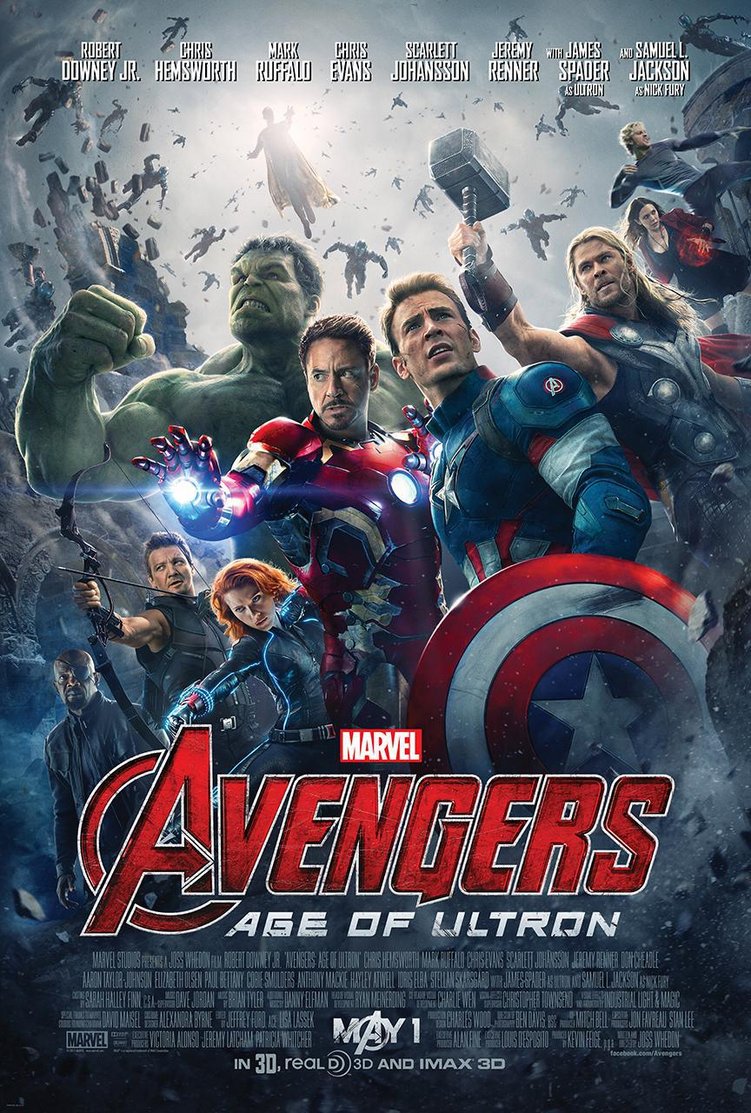 AVENGERS AGE OF ULTRON is a sci-fi adventure in which the team of super-heroes must reassemble when an experiment into artificial intelligence threatens to destroy the Earth.

AVENGERS: AGE OF ULTRON is a sci-fi adventure in which the team of super-heroes must reassemble when an experiment into artificial intelligence threatens to destroy the Earth.

There are frequent scenes of moderate fantasy violence in which various characters - some of whom have special powers - fight each other or battle an army of robots. Action includes use of guns, futuristic weaponry, punches, kicks, a bow and arrow, and a hammer.

There are occasional moments in which characters are killed or injured, with some sight of blood on their clothes. There is also a scene in which a man's arm is cut off, although this occurs out of shot and no bloody detail is seen. In one sequence a photograph of a dead man is briefly visible with the word 'Peace' written in blood on the wall behind him.

There are occasional scenes of threat in which civilians are in danger but are soon saved by the Avengers. There are also a series of visions/flashbacks, including those depicting a character being wheeled down a corridor on a gurney and placed next to a table displaying operating implements. The context for these scenes is later explained.

There is occasional use of mild bad language ('bastard', 'shit', 'dick', 'son of a bitch', 'piss') and innuendo, including a joke about a man lifting a heavy object not being able to 'get it up'. In one scene, a woman reveals that she was 'sterilised' in the past.